Why cloud computing is needed 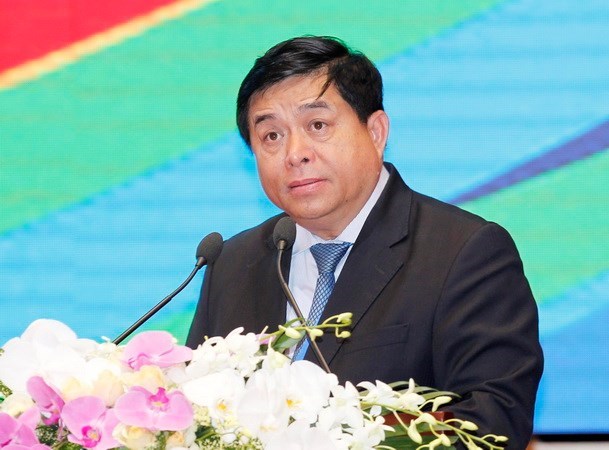 Hanoi (VNA) – Vietnam should create breakthroughs in 2019 to complete the 2016-2020 socio-economic development plan and create a foundation for the next five years, Minister of Planning and Investment Nguyen Chi Dung has said.

In an interview with the Vietnam News Agency , the official stressed greater efforts are needed to fulfill the GDP growth target of 6.8 percent set for 2019 by the National Assembly.

To that end, he proposed improving the domestic business environment to facilitate the operation of businesses and reduce production and business costs.

The private economic sector is expected to drive growth, he said, emphasising the need to remove difficulties and barriers and create an equal playing field for enterprises.

The Government has taken actions to enable businesses to access new technologies as scientific-technological innovation is an urgent need of the national economy, the minister noted.

Preparations for intensive international integration and the improvement of the capacity of the national economy as well as businesses would help Vietnam optimise opportunities, especially those generated by the Comprehensive and Progressive Agreement for Trans-Pacific Partnership, which came into force in Vietnam on January 14, he said.

Dung also said the Association of Southeast Asian Nations (ASEAN)  and Vietnam are expected to remain attractive destinations for global investment in 2019.

Reviewing Vietnam’s economic performance in 2018, he said national GDP grew 7.08 percent, the highest level over the past 11 years.

Noteworthy was the agro-forestry-fishery sector, which expanded 3.76 percent in the year, a record rise, he said, highlighting a trade surplus of 7.2 billion USD, foreign direct investment (FDI) disbursement exceeding 19 billion USD, and inflation below 4 percent.

The country’s impressive performance received praise from international organisations and the World Bank, he said.

According to the minister, the highlight of the national economy lies with its resilience, which is consolidated by the export and processing and manufacturing industry.

He, however, pointed out difficulties facing the economy such as uncertainties of the global economic situation and impacts of US-China trade tension.

Dung expressed his belief that efforts of the entire political system would help the country overcome these obstacles in 2019.-VNA

Coach Park Hang Seo has set a goal for the Vietnam national football squad: to win at least six points in the remaining three matches of Group G, the second qualifying round of the 2022 World Cup in Asia.

“The goal is so that we can get a card to the final round of the 2022 World Cup in Asia,” said the head coach.

Currently, after five matches, the Vietnamese team has 11 points, ranking first in Group G. It is likely that the Korean coach and his players are aiming to defeat Indonesia and Malaysia.

Of these two rivals, if Indonesia has been eliminated, Malaysia will no longer have the home advantage because the remaining matches of Group G will be held in one place, perhaps in the United Arab Emirates or Thailand.

According to the schedule announced earlier by the Asian Football Confederation (AFC), the Vietnamese team will face Indonesia on June 7, Malaysia on June 11 and the United Arab Emirates on June 15.

“In 2021, the Vietnamese football team will play in some important tournaments and they are great challenges. Our success is in the past, but now the team must look to the future,” the coach said.

“This is a busy year, so we will have to allocate strength in major tournaments such as the World Cup qualifiers, the Asian U23 qualifiers, the SEA Games and AFF Cup,” he added.

The Korean coach admitted that he and his team would do their best to fulfill the goals.

Regarding the 2022 World Cup qualifiers in Asia, if the United Arab Emirates is chosen as the host, Vietnam and three other Southeast Asian teams in the group will have to play in extreme weather conditions. Their matches will take place in June, the peak of the summer heatwave in the Middle East. In 2020, there were days when the temperature there reached 43 degrees Celsius.

In another development, the Vietnamese team will not have to be isolated when they arrive at the place where the remaining three matches of the second qualifying round of the 2022 World Cup will be held. However, the players will be regularly tested for Covid-19 before and during the tournament.

The Hanoitimes – Local aviation companies are continuing to face a challenging time ahead.

Vietnam’s aviation industry is predicted to take three years to return to the pre-Covid level of 2019, according to Deputy Head of the Civil Aviation Authority of Vietnam (CAAV) Pham Van Hao.

In the first scenario, the aviation industry will take a V-shaped recovery, plunging to the bottom and then rebounding strongly. In the second scenario, it will be a U-shape convalescence, in which the industry will sink to the bottom and remain there for 3-5 months, along with economic downturn. As a result, the aviation market will decline 48-71% depending on the situation of the pandemic.

Mr. Hao predicted that the first scenario will happen to Vietnam aviation. The CAAV, after consulting market research firms, will submit the schedule on reopening borders for international flights to the government. The reopening, however, would not be carried out broadly, taking into consideration of disease prevention measures.

“The national flag carrier is likely to be the hardest hit by Covid-19 among others, making a lost of about VND14 trillion-VND15 trillion (US$603.5 million-$646.6 million) this year.

In the context that the purchasing power is weak and inbound tourism still suspended, the airlines have dropped airfares to stimulate domestic travel.

The VNA predicts that the economic downturn and the fear of catching coronavirus on flights will hindrer the recovery of the aviation industry.

Deputy Minister of Transport Le Anh Tuan said that the government has paid great attention to the development of the aviation industry. In addition to financing or creating favorable mechanism to lure investment in infrastructure development, including transport infrastructure and air fleet expansion, the government has focused on building a legal framework to ensure the efficient operation of the industry.

This followed an export of 10,000 tonnes in January to Belgium and Spain.

Its competitor Hoa Sen Group last month set a new export record of 121,000 tonnes of galvanized steel worth more than $100 million. The group has a network of over 85 countries and territories, with main markets being the U.S, Mexico, Europe and Southeast Asia.

Vietnam’s steel industry is expected to see growth of 5-6 percent this year, with global demand set to rise by 4.1 percent thanks to recovery in developed markets, according to the Vietnam Steel Association (VSA).

The industry started 2021 strongly, with a 61 percent year-on-year rise in production volume to 2.65 million tonnes.

Domestic sales in the period rose 55 percent to 2.12 million tonnes, while exports rose 53 percent in value to $553 million.

These figures indicate robust recovery prospects this year after VSA saw half of its members reporting plunging revenues last year, especially in the first and second quarter, due to Covid-19 impacts.

However, trade officials have warned that rising safeguard measures could hurt the industry.

In January, Malaysia revised duties on cold-rolled coils of alloy and non-alloy steel from Vietnam to 7.42-33.7 percent for the period between January 24 and May 23.

The U.S. and Canada have also slapped anti-dumping duties on Vietnam’s steel products in recent years.

The Trade Remedies Authorities of Vietnam has advised local steelmakers to diversify their markets to avoid being punished with such duties.

Nguyen Thi Thu Trang, director of the Vietnam Chamber of Commerce and Industry’s (VCCI) WTO Center, said that steel producers need to prepare themselves with knowledge of regulations on international safeguard measures and cooperate with other countries’ trade authorities to resolve issues.

Due to the Covid-19 pandemic, group G teams competing in World Cup Asian qualifiers will play their final matches at a centralized venue. United Arab Emirates (UAE) and Thailand are both candidates to host the remaining matches, with a high chance Asian Football Confederation would choose the former, which can fulfill all requirements pertaining to stadiums, training locations, accommodation as well as Covid-19 prevention measures.

At a meeting with assistant coaches on Wednesday, Park said: “We must prepare right away. First we must analyze our opponents Indonesia, Malaysia and UAE. Second, we mush research weather conditions in UAE. I will ask Vietnam Football Federation (VFF) to select a training location with similar weather as UAE.”

In summer, the weather in UAE is known to be very hot and humid. Playing football under such conditions could drain player stamina at a fast rate.

The national team is expected to gather for training in May. They will play Indonesia on June 7, before clashing with Malaysia on the 11th and UAE on the 15th.

Vietnam is topping group G with 11 points in five unbeaten games. The Golden Dragons need at least seven points in their last three games to secure a place in the next qualification round.

Speaking at the meeting, Dung said he hoped Lotte Properties Thu Thiem, owned by South Korea’s Lotte Group, would speed up the construction progress of the project, so that it will be put into operation after the Covid-19 pandemic is rolled back.

In July 2017, four Lotte members and Ho Chi Minh City People’s Committee signed a contract the construction of Eco-smart City with the initial investment capital of US$884.4 million, after seven years of proposals. However, the project was halted temporarily after the Thu Thiem scandal over irregularities in granting land to investors.

Earlier, the Government agreed with the proposal of the People’s Committee of Ho Chi Minh City and the Government Inspectorate that the investor is allowed to continue implementing the project.

Minister Dung suggested the South Korean investor needs to cooperate closely with the People’s Committee of Ho Chi Minh City to complete relevant procedures and implement the project on schedule.

The Vietnamese Minister emphasized that the cooperation between South Korea and Vietnam is thriving in many spheres. The Vietnamese government highly appreciates the fact that South Korea has been Vietnam’s largest foreign investor for many years.

On the same day, Minister Dung also hosted Horst Geicke, Chairman and General Director of Sanctuary Ho Tram. At the meeting, Dung stressed that the Government of Vietnam always supports and creates favorable conditions for domestic and foreign investors, including those of Sanctuary Ho Tram project in the southern province of Ba Ria-Vung Tau, to expand investment and business activities in Vietnam.