Jakarta (VNA) – Indonesian State Intelligence Agency (BIN) has defined a number of threats to the national stability and security, including COVID-19 and secessionist movement in Papua.

The fund is set up to receive, manage, and use voluntary financial and vaccine donations and assistance from domestic and foreign organisations and individuals, along with other legal sources, for the COVID-19 vaccine procurement and import, research and production in the country, and the provision of vaccines for people.

Managed by the Ministry of Finance, the not-for-profit fund will use the mobilised capital resources for right purposes and in line with legal regulations, ensuring publicity, transparency and efficiency.  It is subject to the examination, inspection, and auditing by relevant State agencies and to the supervision by the Vietnam Fatherland Front and the community.

Vietnam needs 150 million doses of vaccines to administer about 75 percent of its population this year, with total cost amounting to 25.2 trillion VND (1.09 billion USD). 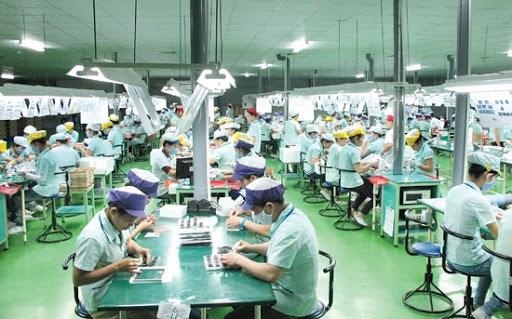 Compared to five years ago, the number of employed people in Vietnam has increased by 26 percent. Labourers have stable jobs with wages increasing year on year. (Photo: baochinhphu.vn)

According to the directive, compared to five years ago, the number of employed people in Vietnam has increased by 26 percent. Labourers have stable jobs with wages increasing year on year. The life of labourers has improved, working conditions and labour hygiene and safety are ensured, while basic international labour standards have been widely applied at businesses.

However, in the context of COVID-19 which has seriously affected production and business, many groups of labourers, especially workers in simple jobs, are still working in low quality environments and struggling with difficulties.

The Cabinet leader asked the State Bank of Vietnam and Social Policy Bank to continue supporting programmes and offer policies which allow employers to borrow loans to pay wages.

At the same time the Vietnam General Confederation of Labour must pay attention to employees’ material and spiritual lives.

The PM highlighted the need to follow COVID-19 protocols at industrial parks, processing zones and share difficulties with labourers during the pandemic.

The PM assigned the Ministry of Labour, Invalids and Social Affairs, to finalise draft policies to support labourers and businesses in the pandemic, sticking to the dual targets of maintaining business and production and combating the pandemic.

Ministries and localities must continue to finalise legal policies on employment, wages, social insurance, occupational safety and health on the basis of summarising and evaluating the practice of law implementation.

Learning from employment crises due to the impact of COVID-19, authorities must make amendments to wage policies.

To ensure workers’ benefits, grassroots-level trade unions at enterprises must hold negotiations and sign collective labour agreements with workers, especially agreements on wages counted based on productivity, according to the directive ./. 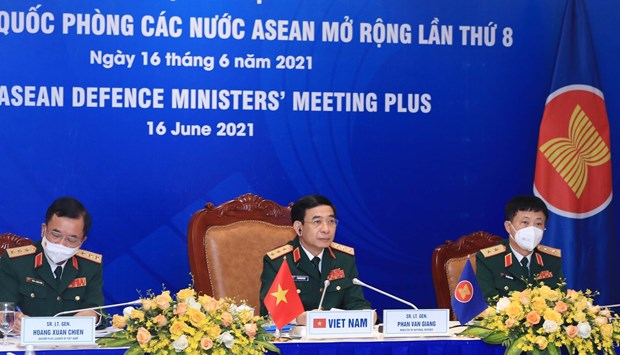 One of the most serious non-traditional security challenges is currently the COVID-19 pandemic, which requires international cooperation, especially from major countries with great scientific, technological, and resource potential, Giang said.

Highlighting the importance of maintaining peace, stability, security and safety in the East Sea , Giang suggested all parties involved to work together to promote what they have agreed on, and come up with appropriate solutions to ensure the legitimate interests of all.

The Vietnamese representative proposed all relevant parties strictly abide by the principle of addressing disputes by peaceful means on the basis of international law, including the 1982 United Nations Convention on the Law of the Sea (UNCLOS), and soon finalise an effective and substantive Code of Conduct in the East Sea (COC).

The countries’ maritime forces must exercise utmost restraint and avoid actions that increase tensions and complications in any form, he noted.

The continuous and full implementation of the Declaration on Conduct of the Parties in the East Sea (DOC) as well as the UNCLOS is crucial to all, along with the humane treatment for fishermen in any situation at sea, he added.

The head of the Vietnamese delegation appreciated the importance of ADMM as well as the contributions of ADMM and ADMM+ to regional peace and stability. He expressed his belief that, with the spirit of friendship and sincerity through dialogue and substantive cooperation, the cooperation mechanisms will maintain the driving force for peace and stability in the region. 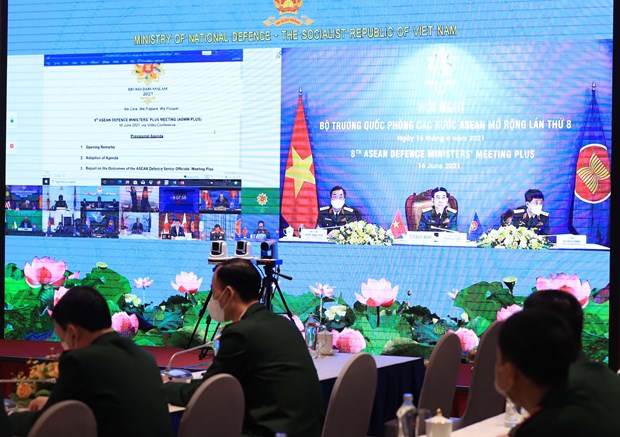 Delegates discussed the security situation in the world and the region, especially traditional and non-traditional security challenges that directly affect the region, and evaluate the results of cooperation within the ADMM +  framework over the past time.

They adopted the Bander Seri Begawan Joint Declaration on promoting an ASEAN ready for a peaceful and prosperous future.

In response to maritime security challenges as well as issues at sea in the region, ADMM+ countries emphasised the importance of maintaining and promoting peace, security, stability and prosperity, and navigation and aviation safety and freedom, and the need to enhance mutual trust and confidence, exercise self-restraint, avoid actions that further complicate the situation, and pursue measures to settle disputes in a peaceful and non-coercive manner, in accordance with international law, including the 1982 United Nations Convention on the Law of the Sea (UNCLOS)./.

General Luong Cuong who is also Politburo member, permanent member of the Central Military Commission and Director of the General Department of Politics (GDP), and four other candidates for the 15th NA in Thanh Hoa province presented their action plans at the virtual meeting with voters of Bim Son town and other five districts of Nga Son, Hau Loc, Ha Trung, Vinh Loc and Thach Thanh, Thanh Hoa province.

The meeting was held by the Standing Board of the Thanh Hoa provincial chapter of the Vietnam Fatherland Front.

In his speech, General Cuong highlighted achievements gained by the provincial Party Committee, authorities, armed forces and people in the past, saying that the province completed the dual tasks of controlling the COVID-19 pandemic and facilitating economic growth. He emphasized that the province’s economic growth ranked the first in the North central region and the eighth in the country.

He vowed he will join local people in improving locals’ living standards, and strengthening the local defense-security position, maintaining political stability and social order and safety, and meeting the province’s socio-economic targets.

General Cuong thanked voters for their support and trust in candidates for the 15th NA. He highly valued their high sense of responsibility, enthusiasm, and thoughtfulness for the election of deputies to the 15th NA and all-level People’s Councils for the 2021-2026 tenure.

He promised to make more contribution to dealing with important matters of the country, and to drafting policies related to national construction and defense, the building of the all people’s defense disposition and the people’s security posture in the province.

He also emphasized that he will work closely with the Central Military Commission and the Ministry of National Defense to direct the military to successfully implement the Party’s and State’s policies on defense and security, firmly safeguard the Fatherland from afar, and build an elite, regular, revolutionary, and gradually-modernized army.

General Cuong stressed that he will actively make contributions to effectively realizing the province’s programs and socio-economic development goals.