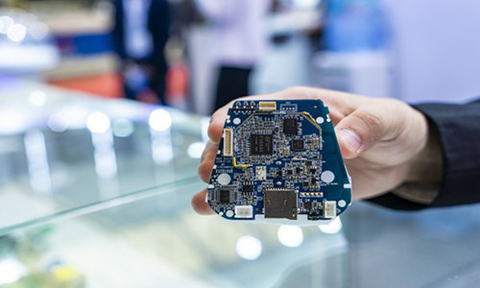 Government and private firms should pay more attention to the long-term development of the semiconductor industry.— VNA/VNS Photo

That the integrated circuit market in Viet Nam has huge potential, but no significant action for its development has been taken recently, is experts’ scathing verdict.

In 2013 HCM City became the first locality to launch an IC development programme at a cost of VND7.5 trillion.

It was expected that by 2017 its IC industry would have revenues of US$100-150 million and at least five electronics multinationals investing in Viet Nam, trained 2,000 engineers and technicians and incubated over 30 domestic technology firms.

After the establishment of the HCM City Semiconductor Industry Association, many activities related to the 2013-2020 HCM City IC Industry Development Programme were carried out, raising high hopes in the industry.

Agreements were signed between key agencies and the Ministry of National Defence, the HCM City Information and Communication Department and ICDREC (Integrated Circuit Design Research & Education Center) for human resource training and research and development of IC products.

Following SG-8V1, other chips such as Sigma K3, VN 16-32 and HF-RFID were tried in many smart products, including watches, container locks, car black boxes, and motorcycles.

However, there has been not much activity in the last three years, raising concerns that the IC industry may fall into oblivion.

Nguyen Anh Tuan, chairman of the and HCM City Semiconductor Industry Association (HSIA), admitted that implementation of the programme has faced difficulties due to a number of reasons, including change of senior personnel.

According to a report by global technology research and advisory company Technavio, the Vietnamese semi-conductor market is poised to grow by almost 19 per cent in 2020-24 to $6.16 billion.

Viet Nam has a lot of potential with its population of 90 million and a very young demography, a factor that is important for every industry.

The Hanoitimes – Vietnam’s creative industry runs the risk of being left behind regional countries’ if it is unable to keep up with the rapidly changing environment, according to RMIT researchers.

An exhibition titled “No Rain without Clouds: Preserving Vietnamese Art & Culture for the Future” kicked off the Vietnam Festival of Creativity & Design 2020 on November 7 at the Vietnamese Women’s Museum in Hanoi.

It is open to the public both virtually via the Kunstmatrix digital platform and physically at the Vietnamese Women’s Museum in Hanoi from November 7 to 15. Comprising 30 works curated by RMIT University lecturers Dr. Emma Duester and Ms. Michal Teague, the exhibition will be the first to bring the RMIT collection outside the university’s campuses.

The exhibition is supported by a program of events, including a national art review competition and a panel discussion. The panel will feature an artist from the RMIT Contemporary Art Collection, as well as the curators of the collection and the No Rain without Clouds exhibition.

The Collection is a typical example of art digitization in Vietnam. Most of the collection is already accessible digitally on RMIT’s website with 3D scanning.

The university’s long-term goal is to make this collection reach the widest audience possible, in order to raise public awareness of the significance, quality, and richness of contemporary art in Vietnam. It is also one motivation behind the exhibition.

Over the past four months, RMIT University lecturers have been researching how art and culture professionals in Hanoi are harnessing digital technology to develop the creative industries. The focus has been on how institutions are digitizing their collections, as well as the challenges they are facing in this process.

So far, the two researchers have interviewed 20 people and explored two creative hubs in particular, namely the Matca Space for Photography and the Vietnamese Women’s Museum. The findings have shown that the collections of many arts and cultural institutions in Hanoi are, in fact not yet publicly displayed on a digital platform, as the sector has been only starting to digitize collections.

“The common challenges for Hanoi institutions – and we believe for other institutions across the country as well – are a lack of human resources in terms of time and capacity, lack of capital investment and technical equipment like 3D scanners in order to properly digitize cultural objects,” said RMIT Professional Communication Lecturer Dr. Emma Duester.

“These issues are hindering the ability of the art and culture sector to create international connections or engage with a wider audience in Vietnam,” Dr. Duester said.