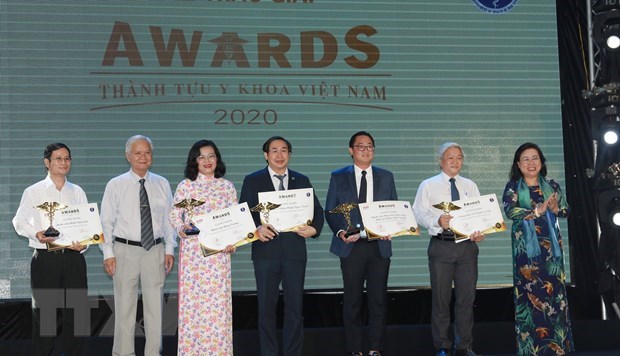 HCM City (VNA) – The Voice of Ho Chi Minh City (VOH), the local official radio broadcasting station, together with the municipal Health Department hosted the first Vietnam medical achievement award ceremony on February 26 to honour 16 contributions to the community’s wellbeing in 2020 from across the nation.

The contributions were voted by the public from 22 nominations selected by the award’s council of professionals. Three months after its launch, the award received more than 60 nominations from medical facilities nationwide.

Among the winners were the work of doctors at the Cu Chi COVID-19 treatment hospital – the first of its kind in Vietnam, and medical staff at the HCM City Centre for Diseases Control. Since the pandemic begin in the country, hundreds of medical workers in Ho Chi Minh City have taken turns to be at the hospital, while preventive medicine workers at the centre have worked day and night on contact-tracing and testing sample collection.

Another was the operation that separated 16-month-old conjoined twins – Truc Nhi and Dieu Nhi, with the sisters now able to walk on their own.  The surgery was performed by 93 doctors and nurses.

Duong Anh Duc, Vice Chairman of the municipal People’s Committee, hoped the award will encourage more contributions to the health of the community to be made in the future./.