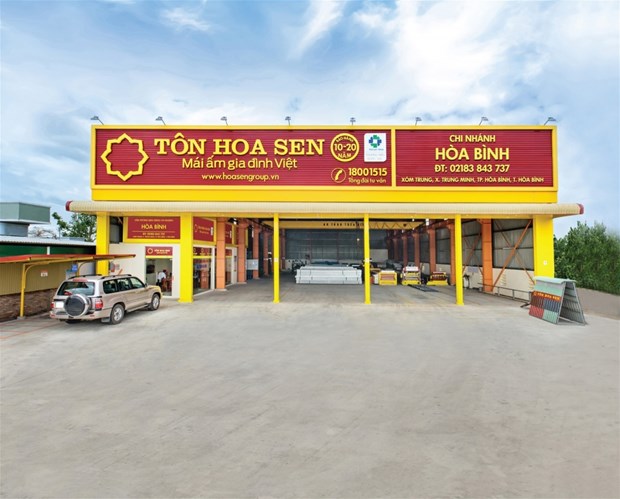 Revenue reached some 12.21 trillion VND in the period, meeting 37 percent of the plan.

The Hoa Sen Group is mulling the sale of 327,100 treasury stocks, which is expected to be completed in March after approval is forthcoming from the State Securities Commission.

It has also proposed buying about 22 million of its shares and lowering its charter capital, in an effort to protect shareholder and investor interests over concerns about COVID-19’s impact on the stock market./. 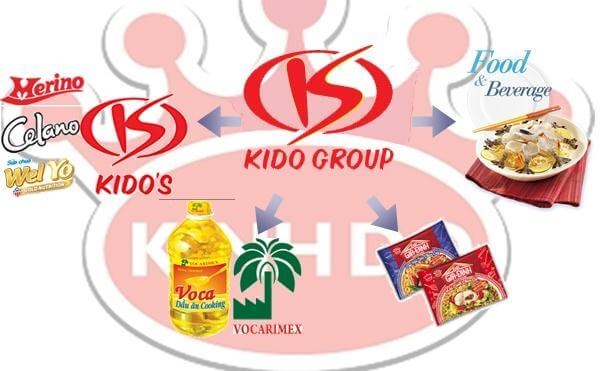 Toward the target, plans have been in place to develop each sector operated by the group.

Accordingly, the group will diversify and strengthen the brands of its cooking oil products, while keeping its leading place and share in the ice cream market.

Regarding snack production, research is underway for the launch of new snacks, moon cakes, and fresh bread.

KIDO is also studying the potential coffee market for the gain of a future foothold as soon as possible.

Recently, the group has announced that it is entering the beverage industry by setting up a joint venture with dairy giant Vinamilk. The two companies signed a memorandum of understanding to set up a joint venture – the Vinamilk-Kido Beverage Joint Venture Company Ltd (Vibev), with Vinamilk holding 51 percent and KDC 49 percent. The new brand is expected to debut in April.

In January alone, KIDO posted about 1.1 trillion VND in revenue, doubling the figure of the same period last year, and 90 billion VND in pre-tax profit , up 342 percent year-on-year.

It tied up with Amazon, the world’s largest online retailer, in 2016 and seen average revenues grow at 20 percent a year since then.

Its other large foreign partner is Swedish furniture retail giant IKEA with whom it has eight long-term contracts worth $16.2 million.

The amount of tax collected from e-commerce activities in 2020 was five times higher than in 2019, as online shopping has become more popular among Hanoi’s consumers, according to the Hanoi Tax Department.

The city earned a VND123 billion (US$5.3 million) tax revenue from e-commerce last year. Some individuals willingly declared their earnings and paid millions of dollars in personal income taxes.

Last year, the tax authorities have tightened supervision over e-commerce activities in accordance with the amended Law on Tax Administration, which requires individuals doing business via internet to declare income and pay tax. The law took effect  on July 1, 2020.

“Online selling has developed well in recent years. Among online businesses, a lot of young individuals, especially students have also applied technology to do business, profited from the model and paid a huge amount of tax,” Director of the Tax Sub-Department of Cau Giay district Le Quang Hung said. “In this difficult context, it is a great contribution of taxpayers to the socio-economic development of the city.”

This year, the municipal Tax Department continues to coordinate with commercial banks and trading platforms to collect data and instruct e-commerce operators to fulfill their tax obligations, Director of the Hanoi Tax Department Mai Son said.

The department will also enhance the supervision of income for better tax collection. The law  stipulates that credit institutions and commercial banks should provide information about taxpayers’ accounts to the taxation department.

In 2017, the department sent 13,000 messages to subscribers who posted physical addresses for selling goods on social media.  As the result, more than 2,000 traders on social networks have registered for tax filing.

In the past five years, the application of technologies and new production methods helped Vietnam Cement Industry Corporation (VICEM) to record an annual increase of VND700 billion (US$30 million) in profit.

VICEM’s Board Chairman Bui Hong Minh made the statement at a recent meeting discussing the state-run firm’s targets for 2021.

“By the application of technological advancement, VICEM could now expand its production capacity by an addition of three million tons of clinker with minimum investment capital, in turn saving nearly VND6 trillion (US$258.3 million),” noted Mr. Minh.

According to Mr. Minh, to ensure green and sustainable development, VICEM has been pushing for a comprehensive restructuring and take on the circular economic model. “As such, the company was able to replace part of its input materials from natural resources, such as limestone or clay, with debris from other economic sectors,” he added.

“Following the restructuring plan for the 2019-25 period, VICEM is focusing on innovation to create new driving force for growth,” stated Mr. Minh.

Vice General Director of VICEM Dinh Quang Dung added in 2021, VICEM targets production of 22 million tons of clinker, up 1% year-on-year and 26 tons of cement, up 8%.

Under favorable conditions, the company sets a revenue target of over VND35 trillion (US$1.5 billion), up 7% year-on-year, and pre-tax profit of VND2.3 trillion (US$99 million), or an increase of 13%.

Vice Minister of Construction Nguyen Van Sinh said over the years, the government has been providing favorable policies for the development of construction materials, including cement. With the current production capacity, Vietnam is among the world’s top four largest cement producers, he said.

“In the coming time, VICEM needs to continue its role as the industry-leading firm and speed up the privatization process,” Mr. Sinh stressed.

Vibev is expected to earn revenues of VND2 trillion ($86.6 million) in its first year.

In 2021, KIDO aims to diversify its cooking oil range and improve its supply chain.

It plans to introduce new confectionery products and expand moon cake sales in 2021 after reentering the confectionery market following a five-year absence.