Out of state vehicle inspection

In contrast to steady endeavors by provinces/cities to improve efficiency and fairness in budget management, the performance of State agencies in this regard has left much to be desired.

More efforts are required to continue improving transparency in the budget management of ministries and ministerial-level agencies.

Director of the Vietnam Center for Economic and Strategic Studies (VESS) Nguen Duc Thanh made the statement at the launch of the 2020 Ministry Budget Index (MOBI) on June 16, aiming to assess the transparency level in budget management of 44 state agencies.

“In contrast to steady endeavors of provinces/cities to improve efficiency and fairness in budget management, the performance of State agencies in this regard has left much to be desired,” Thanh said, referring to the average score in MOBI 2020 at 21.64, around the same level recorded in last year’s report.

Making clear of the significance of budget transparency, Nguyen Thu Huong, senior program manager of Oxfam in Vietnam considered such practice a must to ensure public participation in budget governance.

“This would help improve efficiency and greater fairness in budget allocation while opening the door for Vietnam to further join international financial markets and gain access to investment capital,” Huong said.

The 2020 MOBI report was jointly launched by two members of the Budget Transparency, Accountability and Participation (BTAP) Alliance, the Vietnam Institute for Economic and Policy Research (VEPR), and the Center for Development and Integration (CDI).

Vice Director of CDI Nguyen Quang Thuong noted in this third-year edition, the Ministry of Finance stood at the top spot with 66.63 points, or “moderate disclosure”. The Ministry of Justice and State Audit claimed the second and third places by scoring 48.41 and 41.42, respectively, or having disclosing budget information at an insufficient level.

“From a total of 44 State agencies under assessment, ten were not included in the ranking as they do not disclose any budget information at all on their respective online portal,” Thuong added.

On the criteria of timely publication of budget documents, only six have complied with the regulation of issuing documents within 15 days.

To further improving transparency scores among state agencies, Thanh from VESS called for the National Assembly to step up its supervision role for greater openness and transparency of the public finance sector.

On the issue, Deputy Director of the National Assembly Commission on People’s Petitions Luu Binh Nhuong admitted the lack of compliance with budget transparency regulations of central agencies’.

“Greater accountability is key to address delay or failure to publish budget information in every government agency,” Nhuong suggested.

The fund is set up to receive, manage, and use voluntary financial and vaccine donations and assistance from domestic and foreign organisations and individuals, along with other legal sources, for the COVID-19 vaccine procurement and import, research and production in the country, and the provision of vaccines for people.

Managed by the Ministry of Finance, the not-for-profit fund will use the mobilised capital resources for right purposes and in line with legal regulations, ensuring publicity, transparency and efficiency.  It is subject to the examination, inspection, and auditing by relevant State agencies and to the supervision by the Vietnam Fatherland Front and the community.

Vietnam needs 150 million doses of vaccines to administer about 75 percent of its population this year, with total cost amounting to 25.2 trillion VND (1.09 billion USD).

Jakarta (VNA) – Indonesian State Intelligence Agency (BIN) has defined a number of threats to the national stability and security, including COVID-19 and secessionist movement in Papua. 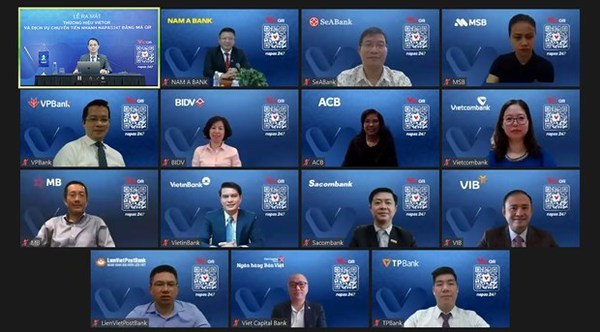 VietQR is a common trademark for payment and money transfer using QR Codes through the Napas network and its member banks as well as payment mediators and partners inside and outside the country.

VietQR is designed to QR payment standards of EMV Co. as well as the State Banks of Vietnam.

Napas Deputy General Director Nguyen Dang Hung said that VietQR is applied by Napas and the banks to ensure the connectivity and synchronism of the infrastructure system serving QR payment within Vietnam, paving the way for the expansion of connections in international payment.

Meanwhile, the Napas 247 service using VietQR allows customers to transfer money from their account to another account at other bank in the Napas network at any time with the limitation of 500 million VND by scanning the private QR Codes of the receiver.

Bank account holders can create their own QR code in the mobile banking apps of the 14 banks or at website VietQR.net./.

Streets in Hanoi and Ho Chi Minh City have become busy with people and personal means of transports, just a couple of days before the national social distancing order is due to end. 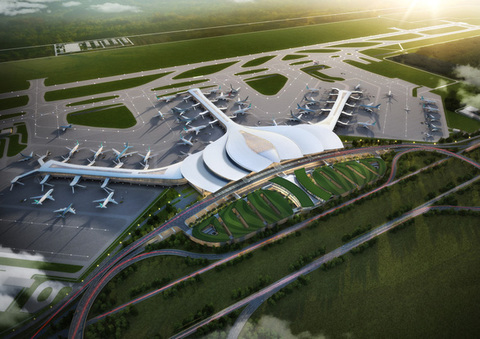 The State-run Airports Corporation of Viet Nam (ACV) has said it wants to borrow US dollars from local banks for the country’s largest airport project, Long Thanh International Airport in Dong Nai Province.

ACV’s chairman, Lai Xuan Thanh, sent a report to the Economic Committee of the National Assembly, asking them to support the plan of borrowing and paying in US dollars in order to maximise benefits and efficiency.

Thanh said as the interest rate in the foreign currency was lower than the Vietnamese dong, it would help the firm to save on costs.

According to ACV’s leader, phase one of the investment project, estimated to cost about US$2.5 billion, was being focused on, but the COVID-19 pandemic had a great impact on economies around the world and in particular the aviation industry.

As all international commercial flights were stopped in Viet Nam, it affected ACV’s main source of foreign currency revenue, while the outbreaks in some localities also significantly reduced domestic passenger volume.

Thanh also said the pandemic has made it difficult to negotiate and sign contracts with partner companies as foreign experts had to undergo quarantine.

To deal with all the factors, ACV proposed to the Prime Minister to allow it to accumulate money from production and business activities for investment.

The firm also proposed the PM consider and approve the plan to allow ACV to borrow from domestic state-owned banks in USD and pay in USD to save on interest.

ACV’s representative said: “The lending interest rate in USD is always significantly lower than that in VND, while ACV has direct and indirect USD revenue from business activities in international airports such as NoI Bai, Tan Son Nhat and Phu Quoc to pay interest on foreign currency loans.”

Thanh said: “At present, domestic state-owned banks that have a surplus of USD need to find reliable lending partners and bring higher interest rates than deposit rates at foreign banks,” adding such a lending option could ensure benefits for the State and improve project efficiency while preserving and developing state capital in ACV as a state-owned enterprise.

Also to ensure the progress of Long Thanh Airport project in the context of the pandemic, ACV suggested the National Assembly direct the relevant authorities to soon apply measures to stabilise the price of materials as well as support the plan of borrowing and paying in USD to ensure maximum efficiency.

In April this year, ACV, which is the investor of the expensive and ambitious transport hub project in the southern province of Dong Nai, committed to start construction of Long Thanh International Airport’s passenger terminal early next year.

As Long Thanh International Airport is one of the breakthrough projects of the national transport sector in the 2021-25 period, deputy transport minister Le Anh Tuan urged all parties to coordinate and facilitate the progress of all components of the project and disburse the allocated State capital.

According to ACV, Long Thanh International Airport will be built in three phases over three decades. In the first phase, one runway with a length of 4,000m, taxiways, an apron, and a passenger terminal with other auxiliary works sprawling 373,000sq.m will be built to serve 25 million passengers and 1.2 million tonnes of cargo each year.

The airport, which was expected to cost VND336.63 trillion ($14.5 billion), is designed to have four runways, four passenger terminals, and other auxiliary facilities to ensure a capacity of 100 million passengers and 5 million tonnes of cargo a year by 2040. — VNS