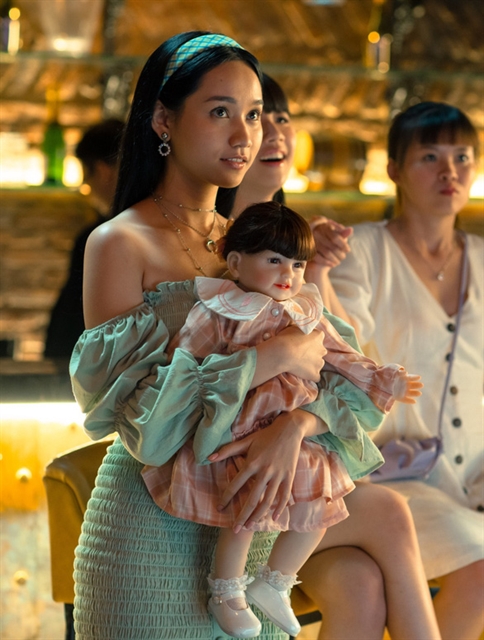 A scene in the thriller Thiên Thần Hộ Mệnh (The Guardian), a production by Vietnamese-American director Victor Vũ. The film will be distributed in 12 countries, including Australia, Canada, the UK and US, after its premiere in Việt Nam on April 30. — Photo courtesy of the producer

HCM CITY — Thiên Thần Hộ Mệnh (The Guardian), a production by Vietnamese-American director Victor Vũ, will be distributed in cinemas in 12 countries after its premiere in Việt Nam on April 30.

The film’s producer, Tfilm Entertainment, has announced it is working with its foreign partners to release Thiên Thần Hộ Mệnh in Australia, Canada, Hungary, France, Ireland, the UK and US.

The film will also be in cinemas in Singapore, Malaysia, Indonesia, the Philippines and the Czech Republic.

Its trailer, which features haunting scenes, has attracted more than 103,000 views on YouTube.

Director Vũ combined Vietnamese and Hollywood styles in his film.

“My film reflects the weak points in young people’s psychology,” said Vũ, a graduate of Loyola Marymount University in the US.

Vũ began his career in Việt Nam in 2008 after his first film in the country, Chuyện Tình Xa Xứ (Passport to Love), won the title Favourite Film at the Golden Kite Awards from the Việt Nam Cinematography Association. The romantic comedy was distributed in the US in 2009.

One year later, his Bí Mật Thảm Đỏ (Scandal), a work about the dark side of show business, received the Golden Kite Prize for Best Director.

His two thriller films, Quả Tim Máu (Vengeful Heart) and Người Bất Tử (The Immortal), were blockbusters in 2014 and 2018.

Vũ loves capturing landscapes across Việt Nam in his films.

“I love working in Việt Nam. I have learned a lot about the country’s history, and its traditional culture and lifestyle,” said Vũ.

Vũ’s Mắt Biếc (Dreamy Eyes), released in 2019, was chosen by the Ministry of Culture, Sports and Tourism to compete in the Best Foreign Language Film category at the Oscar awards ceremony this year.

The film was listed among the industry’s top 10 hits with more than VNĐ127 billion (US$5.5 million) at the Vietnamese box office.