The development of green tourism has cemented the city’s position on the national tourist map.

Many tourist destinations in Hanoi have planted more trees and built flower gardens to create new and attractive tourism products, such as sunflower garden at the Imperial Citadel of Thang Long, lilies stream at Huong Pagoda (My Duc district), flowerbed of wild sunflower in Ba Vi National Park.

In addition, the city’s tourism regulatory body has conducted regular training of their staff on environment protection in tourism.

According to the the Institute for Tourism Development Research (ITDR), Vietnam currently has developed ecotourism in 23 out 33 national parks and 35 out of 127 nature reserves. In 2019, Vietnamese national parks welcomed about 2.5 million visitors, grossing revenue of about VND185 billion (US$8 million).

In Hanoi, with great potential for green tourism in suburban districts and cities such as Son Tay, Ba Vi, My Duc, Thach That, Thanh Oai, Quoc Oai, among others, the development of this type of tourism associated with the promotion of value of natural resources and ecology is in the long-term strategy of the capital.

Green tourism minimizes impacts on the environment, positively contributing to biodiversity protection, encouraging the use of renewable energy, promoting natural and cultural heritages as well as developing environmentally-friendly products.

Dr. Truong Sy Vinh, the ITDR’s Vice Director under the Vietnam National Administration of Tourism (VNAT), said that green and clean tourism development is not only associated with harnessing natural resources in national parks and nature reserves, but also it is about building a safe tourism environment and nature protection.

In particular, developing environmentally friendly travel in Hanoi still faces many challenges. Dr. Bui Thi Minh Nguyet, Dean of the Faculty of Economics and Business Administration (the Vietnam National University of Forestry) said that some tourist destinations have not paid due attention to developing tourism associated with local community, as well as in educating local residents and tourists on environmental and landscape protection.

To promote green tourism, Mr. Nguyen Duc Tung, Deputy Director of the Institute of Environment and Sustainable Development (the Vietnam Association for the Conservation of Nature and Environment), said that the city needs to improve management and encourage investment in ecotourism development.

Deputy General Director of the VNAT Nguyen Thi Thanh Huong suggested that in addition to building the master plan, Hanoi needs to strengthen the guidance for destinations to build green and clean tourist packages; enhance communication among local residents and tourists that civilized tourism behavior is protecting the environment and landscape. 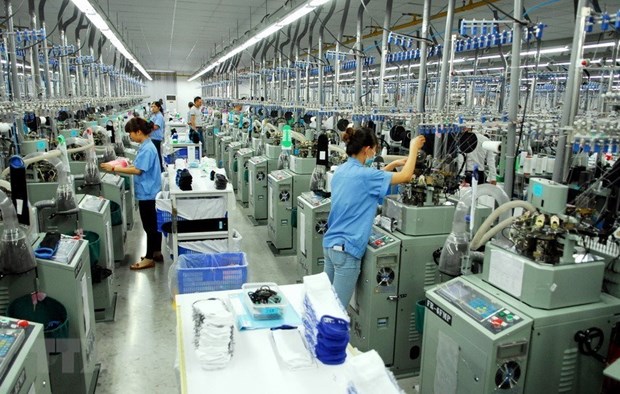 Hai Phong (VNA) – The northern port city of Hai Phong targets 1.5 billion USD in foreign direct investment (FDI) in the second quarter of 2021, according to head of the Management Board of Hai Phong Economic Zones Le Trung Kien.

Kien said that the city will increase dialogues to explore obstacles facing businesses, while enhancing efficiency of investment promotion activities, while prioritising investors with high capacity and advanced, environmentally-friendly technologies .

Along with speeding up administrative reforms, the board will coordinate closely with the local police force to ensure order and security in economic zones and industrial parks, creating a safe environment for enterprises, Kien said.

He said Hai Phong currently has 12 industrial parks. As of March 31, 2021, the local industrial parks and economic zones had lured 406 FDI projects worth 17.15 billion USD.

The average occupancy rate in the local industrial park has reached 62.5 percent. There are 154,100 labourers working in Hai Phong’s industrial parks and economic zones.

A man in Thua Thien-Hue province and benefactors not only buy coffins for the poor but has also built a ceremony for stillborn babies. 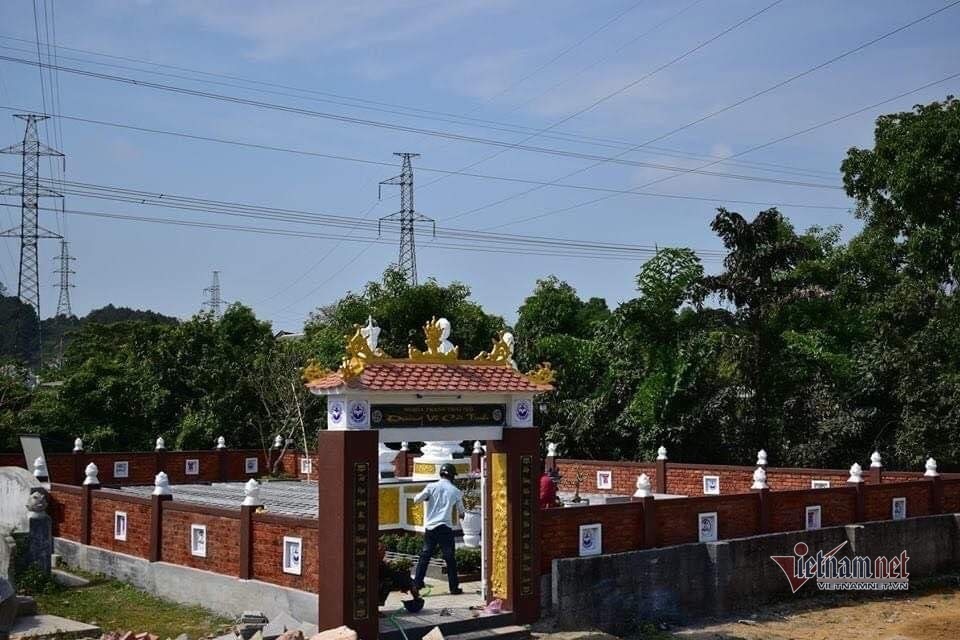 As director of a petroleum company with many business points of sale across the province, Nguyen Xuan Hiep, 42, in An Dong ward of Hue City, says his life “has never been enough”.

Nguyen Xuan Hiep is a well-known name to Hue’s people. ‘Hiep Bo Tat’ (Hiep Bodhisattva) is how they call him with respect. He uses social media to call for donations worth billions of dong a year to help poor people buy coffins and pay for burial expenses.

“Doing charity means helping people in difficult situations. This could be actions to support living people or to commemorate the deceased,” he said.

Only when he does both things well is this “enough” for Hiep. If he cannot do one of the two things, he feels “deprived”.

Three years ago, Hiep and his group of benefactors called Nhung tam long hao tam Facebook (Facebook Kind Hearts) heard that many stillborns, for various reasons, were not properly buried. He felt compassion for them and decided to build a home for them.

He spent over VND100 million and together with the benefactors in his group bought a 300 square meter land plot on Vo Van Kiet Road in An Tay Ward.

In mid-2018, the construction of Cemetery ‘Duong ve coi tinh’ (Road to eternity) on the land plot was completed and put into use at a total cost of VND700 million.

In use for the last three years, the cemetery has more than 500 graves, more than half of which were buried by Hiep and his friends themselves.

Hiep said he was relieved when he could fulfill his wish of building a cemetery and give them a ‘home’. However, he sometimes feels grief.

“I witnessed tens of stillborn babies being taken to the cemetery for burial. Most of them were carried by their relatives. But in many cases, adults left them in front of the cemetery and then left,” he said.

According to Hiep, of the 500 graves at the cemetery, about 200 are relatives of people in poor circumstances, or young, unmarried women experiencing misfortune.

Every time he receives them, Hiep and benefactors spend their own money on offerings and carefully bury them. They also clean the graves and organize worship according to local customs at the beginning and middle of every lunar month.