In addition to traditional dances that have been preserved and promoted, young artists have introduced both domestic and foreign audiences to contemporary works inspired by the quintessence and traditional cultural identities of Vietnam during its process of exchange with the world.

The ballet entitled “Kieu” by choreographer Nguyen Tuyet Minh, inspired by the literary masterpiece of the great poet Nguyen Du, left an indelible impression on artistic life last year. The dance combines the techniques of western classic ballet and contemporary dance with the folk dances of Vietnam. Symphonic and contemporary music are harmonised with Ca Tru (ceremonial singing) and hat xam (ballads sung by wandering blind musicians) in the ballet performance. Recently, dancer Vu Ngoc Khai, who was trained in the Netherlands, has become a favourite. After he returned to Vietnam, he came closer to the public through dance pieces entitled “Suong som” (Morning Dew), “Moc” (Rusticity) and “Tich tac” (The tick). In particular, the contemporary dance piece “Day gieng” ( Bottom of the Well), choreographed and performed by himself, surprised audiences with the sound of Binh Dinh war drums that heretofore only appeared in traditional art as well as images of non la (conical hats) and flower-shaped mats. In addition, movements simulating the folk games of cockfighting and buffalo fighting became special features of the dance.

An artwork in the project “From tradition to tradition”

Folk materials have also been the inspiration for contemporary music. The public enjoyed traditional music forms such as Chau Van (spiritual singing), Tuong (classical drama) and Cheo (traditional opera) in shows entitled “Gio” (Wind) and “Lua” (Fire) by pianist Pho An My and musician Dang Tue Nguyen. The feature dialogue between piano and traditional musical instruments. The symphony orchestra Seaphony gathered over 50 artisans and instrumentalists from many regions around the country. Lip-lutes, leaf-horns, Tinh flutes and gongs form a unique national symphony orchestra that has resonated both at home and abroad.

The recent concert “Folklore on jazz/Folklore on the strings” was a special musical programme in late 2020, featuring the participation of veteran artists from the traditional arts as well as jazz artists and an orchestra with traditional and symphony instruments. The concert was a bridge for north-west dialogues with jazz playing a role as the connection between traditional music and symphonic sounds. The show was atypical of a combination between indigenous and international music. The quintessential beauty of the traditional art forms of Tuong, Cheo and Cai luong (reformed opera) and the pristine features of the melodies from the northwestern mountainous regions as well as the improvised structures of jazz and the expressive ability of the strings and brass in the symphony created an open music space. Audiences felt a strong connection between many aspects of music: tradition – modernity and freedom.

The Seaphony National Orchestra in a performance in Hanoi

The country’s traditional fine art treasure has also formed the base and inspiration for the creation of new cultural values. The public once admired the traditional patterns on Ao Dai designs by famous designers such as Minh Hanh, Hoa Nguyen and Ha Linh Thu. They were promoted to the world through fashion shows. The images of Dong Son bronze drums also appeared on the watches, phones and music boxes of many famous brands in the world.

With a great love for Hang Trong paintings, designer Trinh Thu Trang and her S-River group conducted the project “Hoa sac Viet” (Vietnamese Colours and Patterns) to provide insightful analysis and concrete methods of using colours and patterns of this painting style. The data was digitised into a colour charset and vectorised in association with instructions on the combination of colours and their application in graphics, fashion, furniture and handicrafts. They will be an abundant warehouse of raw materials to create future designs imbued with the Vietnamese identity.

Also inspired by Hang Trong paintings, a group of teachers and students from the Vietnam Fine Arts University applied the paintings’ motifs to other materials such as pottery, lacquer, silk and 3D printing technology. The softness of the silk and sparkle of lacquers emphasised the delicate and soft patterns of the Hang Trong paintings. Under the guidance of skilled teachers, students also brought contemporary stories into their works that have a high level of relevance to life such as the silk painting featuring “carp turning into dragons” on curtains, the “rat’s wedding” on lacquer vase, and Hang Trong paintings on lanterns. Traditional heritage has been developed by younger generations. They communicated with the tradition via their own feelings. This will be an inspiration for the start of other projects with a series of traditional art heritage in dialogue with the many contemporary qualities of Vietnam and the world.

Never before has the traditional cultural heritage been promoted in such a skillful and creative manner like today. This is the way for young people to spread their patriotism, Vietnamese cultural identity and sprit to the world.

In mid-April, Next100, an investment fund that injects money into startups, announced investment in TopCV, a personnel recruitment platform. The money will be used by the startup to run a remote recruitment portal called Remote. 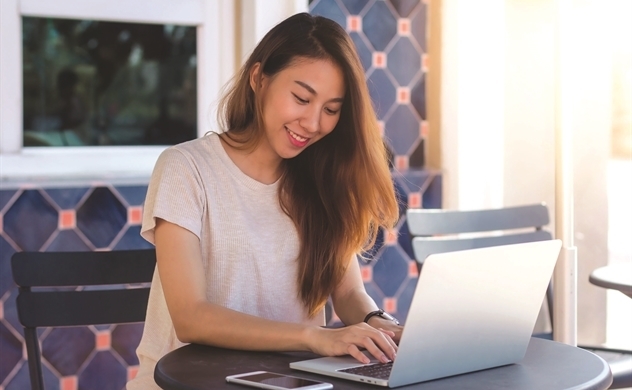 Nguyen Hoa Binh, president of NextTech Group, said in the context of difficulties caused by Covid-19, the potential of Remote is relatively great. The information portal can satisfy requirements at this time – working in flexible spaces, not in traditional offices.

Established in 2015, TopCV has 3 million candidates, while 95,000 employers use the platform regularly. About 10,000 profiles are updated daily on the website.