The Malaysian Maritime Enforcement Agency (MMEA) had on April 26 said it had detained four Vietnamese fishing vessels along with its crew members for allegedly fishing illegally in its waters and not possessing appropriate legal documents.

“Right after receiving the info, the foreign ministry instructed the Vietnamese Embassy in Malaysia to contact local authorities and request humane treatment for the fishermen, while verifying relevant information and taking other steps to protect Vietnam’s citizens if needed,” Viet said at a press meet Thursday.

“The embassy also requested Malaysia to provide evidence related to the fishing vessels on the basis of which Vietnamese authorities can investigate the incident and punish any violations found,” he added.

The four vessels, with 32 crew members on board, were seen flying Malaysian flags, with one ship possessing both Vietnamese and Malaysian vessel numbers. The crew members allegedly had no legal personal documents or fishing licenses.

Malaysia said the Vietnamese fishing vessels were illegally fishing in Malaysian waters and that the incident was being investigated further.

Vietnam has consistent policies to protect its marine resources, Viet said, adding that its fishermen are always informed of and asked to abide by both Vietnamese and international laws.

The Malaysian Ministry of International Trade and Industry (MITI) has officially applied anti-dumping duties of between 7.81% and 23.84% on cold rolled stainless steel imported from Vietnam, according to the Trade Remedies Authority of Vietnam. The move comes following the MITI issuing a final conclusion regarding the anti-dumping investigation into cold rolled stainless steel which originates from both Vietnam and Indonesia.


Following this enquiry, the MITI has decided to impose anti-dumping tax on goods imported from both countries, with the applicable tax rate ranging between 7.81% and 23.84% for Vietnamese producers, and from – 0.2% to 34.82% for Indonesian exporters.

The MITI officially launched an investigation into the case on July 28, 2020, based on the request made by the domestic steel industry represented by Bahru Stainless Stn. Bhd.

The MITI announced on December 28, 2020, the preliminary conclusion of the case, deciding to apply a temporary anti-dumping tax in order to prevent damage for its domestic manufacturing industry within 120 days.

The temporary tax rate ranged between 7.73% and 34.82% for both Vietnamese and Indonesian exporters.

In response to this, the Vietnamese Ministry of Industry and Trade imposed temporary anti-dumping measures on some H-shaped steel products originating from Malaysia, with tax rates of 10.2% placed on Malaysian producers.

The final conclusion is anticipated to be released in the second quarter of this year. 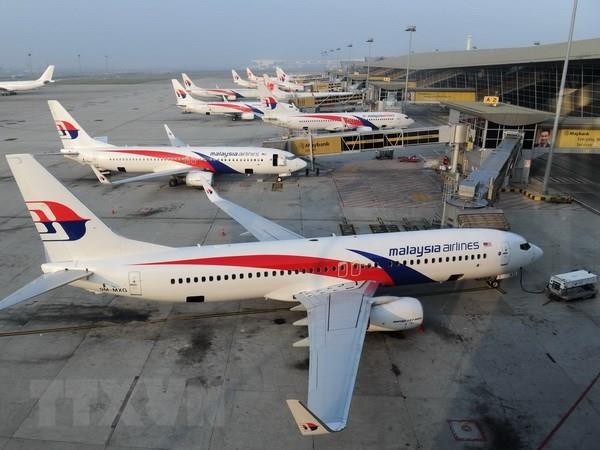 Mobile phones running the iOS operating system will have access to the app, which verifies users’ certifications for COVID-19 tests or vaccines.

Passengers still need to show their identity documents per request of the government and airline. Data will be stored on the traveller’s phone.

The app is the next step in Malaysia Airlines’ journey to reintroduce safe and secure travel, thereby contributing to tourism and socio-economic recovery, the carrier said./.

Singaporec – Foreign ministries of Singapore and Malaysia on May 2 said the 10th meeting between Prime Ministers of the two countries has been postponed to later this year due to COVID-19.

Singaporean Prime Minister Lee Hsien Loong and his Malaysian counterpart Muhyiddin Yassin were initially scheduled to meet on May 3.

The information came following the visit to Singapore from May 1-2 by Malaysian Foreign Minister Hishammuddin Hussein.

Singapore has to tighten COVID-19 prevention and control measures, given a spike in community infections over the past week. Malaysia said it will do the same to cope with a surge in COVID-10 cases over the past two weeks. 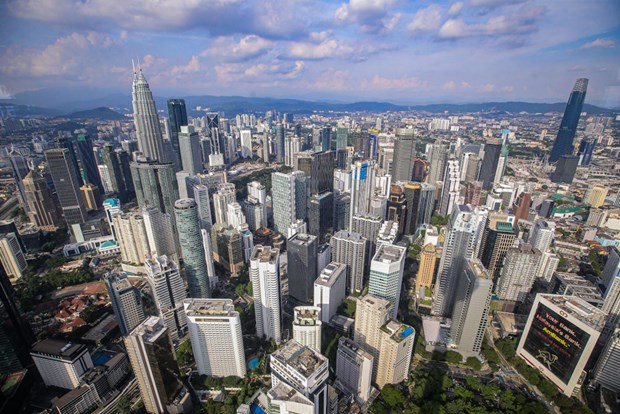 A bird’s-eye view of Kuala Lumpur July 8, 2020. (Photo: malaymail.com)
Kuala Lumpur (VNA) – Malaysia must lay a strong foundation to support the new wave of digitalisation, especially now that the COVID-19 pandemic has accelerated the growth of the digital economy and opened up opportunities for a variety of new digital businesses , the Malaysia Digital Economy Corporation (MDEC) said.
Senior vice-president in charge of investment and brand division Raymond Siva said laying a solid foundation is critical to ensure that Malaysia could holistically transform itself into an advanced digital economy and the agency continued to see investment momentum in the digital tech industry domestically.

“Recent commitment from global giants such as Huawei and Dell Technologies is a glowing endorsement of Malaysia’s digital capabilities, platforms and infrastructure, propelling us on course to be the Heart of Digital ASEAN,” he told Malaysia’s news agency Bernama recently.

“In order to contribute actively and consistently to the country’s digital acceleration, there are three key technologies that we must leverage – 5G, cloud computing and artificial intelligence (AI).

“5G, for one, will unleash a world of opportunities by simply enhancing connectivity and mobility. Hence, 5G is billed as the catalyst for unlocking potential growth across industries such as medical, education, agriculture and smart cities,” he said.

Meanwhile, Dell Technologies Senior Vice President for South Asia and Managing Director of Malaysia Pang Yee Beng said the launch and implementation of the Malaysia Digital Economy Blueprint (MyDIGITAL) is a strategic move to build economic resilience and transform the country into a digital and high-income nation, paving the way for Malaysia to be ready for the next phase of the digital era called the “data decade”./. 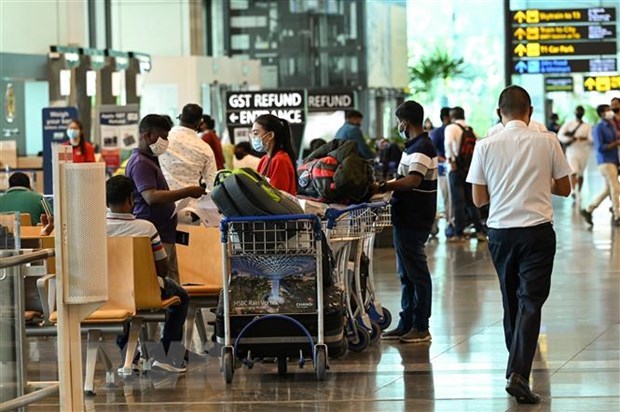 Hanoi (VNA) – Singapore has decided to lengthen the stay-home notice (SHN) period for travellers from higher-risk countries or regions to 21 days, instead of 14 days, in the context that the COVID-19 pandemic continues developing complicatedly, with the presence of many new variants.

Accordingly, the extended SHN will apply to travellers arriving from all countries and regions, except Australia, Brunei, New Zealand, China (including Taiwan, Hong Kong and Macau), from May 7 at 11.59pm. They will be required to serve their 21-day SHN at dedicated facilities.

Travellers from Fiji and Vietnam in the past 21 days before arrival in Singapore will be subjected to a 21-day SHN at dedicated facilities, with the option to serve the last seven days at their places of residence.

The country also decided to tighten safe management measures from May 8-30 to reduce interactions among social circles. One big change is the reduction of permissible group size in social gatherings, from eight persons to five persons.

On May 4, the nation recorded 17 new cases, including five locally-transmitted infections.

Meanwhile, Senior Minister and Defence Minister of Malaysia Ismail Sabri Yaakob said on May 4 that the Malaysian government will no longer allow tourists to travel between states that are under the recovery movement control order (RMCO).

He also added that the travel bubble for RMCO states will be suspended.

Meanwhile, 1,763 new cases were seen in Thailand on the same day, bringing the total number to 72,788. With 27 deaths reported on the day, the total number of fatalities in the country reached 303./.