How much cobalt is in an electric car battery

HANOI — Vietnam’s biggest conglomerate Vingroup is looking to establish a second VinFast automobile plant in the country, according to documents submitted to local authorities which were reviewed by Reuters.

The planned construction would be on a 3,700 acre plot in the northern central province of Ha Tinh, be developed by Vingroup’s Vinhomes property unit and house a new car plant and supported facilities, according to the documents, which were submitted to the Ha Tinh People’s Committee on April 13.

News of the expansion comes after sources told Reuters that VinFast, Vietnam’s first domestic car manufacturer, was considering an initial public offering in the United States in a deal that could value the carmaker at about $60 billion.

The new plant will be for producing and assembling cars and parts, the statement said.

“Local authorities and Vinhomes will meet and work together soon to finalise the plan,” a local official in Ha Tinh told Reuters by phone.

The official declined to be named because they were not authorised to speak to the media.

VinFast became Vietnam’s first fully fledged domestic car manufacturer when its first gasoline-powered models built under its own badge hit the streets in 2019.

It is aiming to begin delivery of electric vehicles produced at its factory in the northern port city of Hai Phong to domestic customers by December this year. 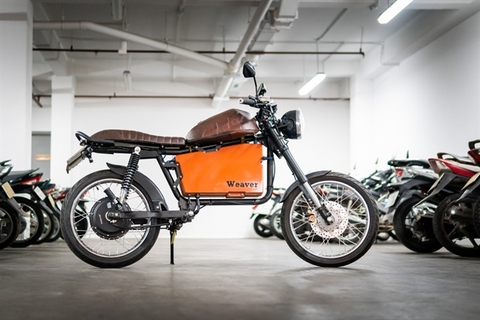 Dat Bike, a Vietnamese technology start-up that plans to make electric motorbikes, has raised US$2.6 million in a pre-series A funding from Singapore’s Jungle Ventures, Wavemaker Partners, Hustle Fund, and iSeed Ventures.

Electric motorbikes are usually weak and have a low range, delivering only half the performance of a petrol bike.

But Dat Bike claims its Weaver can rival petrol bikes in power and range, its 5000W motor helps accelerate from 0 to 50km/h in just three seconds, its charging time is the fastest in the country at just under three hours, and its brake mechanism is tailored to the traffic situation in Viet Nam.

Son Nguyen, founder and CEO of Dat Bike, said: “We want to transform the 250 million gasoline bikes in Southeast Asia into electric vehicles. We believe that if given a choice everyone would pick electric over gas. It is just that the current electric motorbikes in the market lag behind in power and range, making it difficult for people to make the switch.

“The fresh funds will allow us to continue to innovate and create the most compelling electric motorbikes for Southeast Asia and the world.”

Amit Anand, founding partner of Jungle Ventures, said: “This investment in Dat Bike marks our first investment in the mobility sector which is rapidly getting transformed by technology. The US$25 billion two-wheeler industry in Southeast Asia in particular is ripe for reaping benefits of new developments in electric vehicles and automation.

“We believe that Dat Bike will lead this charge and create a new benchmark not just in the region but potentially globally for what the next generation of two-wheeler electric vehicles will look and perform like.”

The Weaver can be bought on the company’s website and physical store in HCM City. It costs VND39.9 million. — VNS

The 1,500-megawatt Ca Mau Power Plant 3 is set to begin operation in 2026 when it will produce nine billion kilowatt-hours of electricity a year and employs 2,000 locals.

PV Power will require 26 hectares in Khanh An Commune to begin construction in 2022. This is PV Power’s third gas-fired power plant in the province.

Ca Mau chairman Le Quan supports the project and has tasked departments with assisting the company in completing administrative procedures.

Several other LNG power plants have received approval or are having feasibility studies done amid growing power demand in Vietnam.

The northern port city of Hai Phong has approved construction of a $5.09 billion LNG plant by America’s Exxon Mobil.

Singapore’s Delta Offshore Energy will build a plant in the Mekong Delta province of Bac Lieu in 2024. 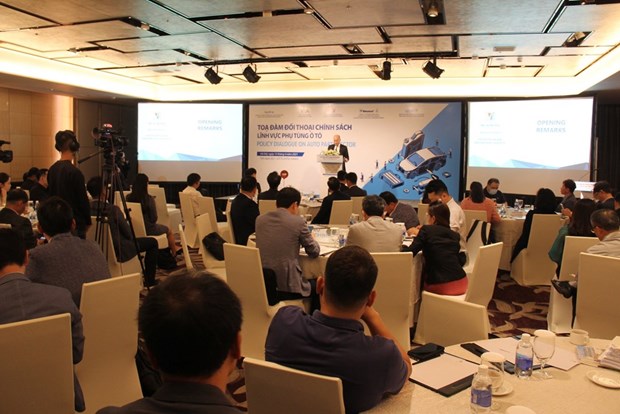 Participants at the seminar (Photo: VNA)

Hanoi (VNA) – Many businesses from the Republic of Korea (RoK) are looking to connect and get more information about the Vietnamese market as well as investment policies of the country, especially in auto parts, mechanics, and electronics, said Vu Ba Phu, Director of the Vietnam Trade Promotion Agency (Vietrade) under the Ministry of Industry and Trade (MoIT).

Speaking at seminar jointly held by Vietrade, the Korea Trade Investment Promotion Agency (KOTRA) and the Vietnam National Trade Fair and Advertising Company (Vinexad) in Hanoi on April 15 in the framework of the 30th International Trade Fair (Vietnam Expo 2021), Phu said this was a good opportunity for Vietnamese industrial parks and businesses to connect with Korean firms to attract investment and expand cooperation in developing value chains in manufacturing.

Auto parts manufacturing is one of the top areas attracting interest from businesses in Vietnam at present, Phu said.

Participant focused their discussions on policies for developing the automobile manufacturing and assembling industry in Vietnam, as well as how to form a sustainable manufacturing link chain in the auto parts sector.

Pham Tuan Anh, Deputy Director of the MoIT’s Industry Agency, said that a number of domestic firms have actively participated in the global automobile manufacturing chain.

Accordingly, the country’s total designed assembling capacity is about 755,000 vehicles per year, of which foreign-invested firms account for about 35 percent. Domestic manufacturing and assembling of many large firms have meet about 70 percent of the domestic automobile demand with the total output of passenger cars hitting 200,000 units per year.

However, Anh noted that the automobile manufacturing industry has not yet formed a system of large-scale suppliers of materials and components, which makes car prices in Vietnam still remain high compared to other countries in the region.

Vietnamese automobile manufactures should be supported more to improve their manufacturing ability and competitiveness, they added./. 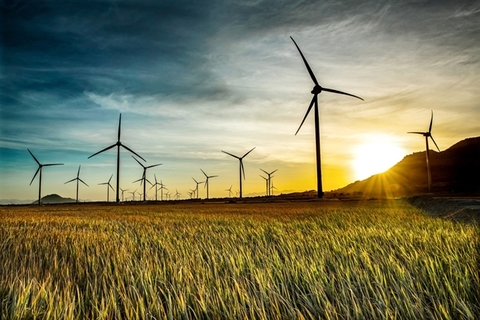 The finished wind farm worth VND4 trillion (US$172.4 million) would produce 423 million kWh of electricity per year. Combined with the solar power plant of 204 MW, which was expected to produce 577 million kWh electricity per year in the same province, the group ran the largest renewable energy of solar and wind power complex in the country and Southeast Asia, said Trung Nam Group.

Tien said Trung Nam’s 900 ha renewable energy complex was directly connected to the national grid system through Thap Cham 220 kV transformer station. The total annual output of the complex was expected to reach between 950 million kWh and 1 billion kWh of electricity per year.

He said with the experience of a leading energy group, Trung Nam Group has overcome those challenges and completed the third phase of the project.

In the construction, the group collaborated with world leading qualified and professional partners such as Enercon and Sany.

In detail, the project’s turbines supplied by Enercon company from Germany could operate with low wind speeds of 2 -2.5m per second and the ability to catch the wind with an average speed of 7.1 m per second. They are the turbines with the largest capacity in the country so far.

Trung Nam said using the advanced equipment, they could reduce the ​​land occupied to only 0.14 ha per MW, lower than the average land use rate of 0.35 ha per MW for other wind farms, significantly contributing to the efficient use of national resources in Viet Nam.

Along with the wind farm, so far, the group has put into operation two solar power projects in Ninh Thuan Province and Tra Vinh Province with a total capacity of over 360MW. Last year, Trung Nam Group became the first private investor in Viet Nam to build and run the transformer station, a 220 / 500KV transmission line and a 450 MW solar power plant successfully.

According to Trung Nam’s leader, the group was actively implementing plans to bring 900 onshore, offshore and offshore wind pillars to projects in localities such as Dak Lak, Gia Lai, Tra Vinh and Ninh Thuan. Implementing other energy projects in Viet Nam, it targeted to bring 10GW to the national grid by 2027. — VNS

HCMC – The Trung Nam Group and authorities of the central province of Ninh Thuan on April 16 inaugurated a complex of solar and wind farms, which is the largest of its kind in Southeast Asia as it covers an area of 900 hectares and is expected to produce nearly one quadrillion kilowatt hours of electricity per year.

The project, invested in by the Trung Nam Group, is located in Thuan Bac District. With the completion of the wind farm, together with a solar power plant, which had been inaugurated earlier, the complex now has a total capacity of over 350 megawatt peak, Tuoi Tre Online newspaper reported.

The project will make Ninh Thuan a renewable energy hub of the country.

The province holds great potential to develop wind power with 14 areas covering an area of 8,000 hectares, mainly in Ninh Phuoc, Thuan Nam and Thuan Bac districts. The number of storms affecting the province is small and the wind volume is stable during the year, ensuring the operation of wind turbines.

Moreover, Ninh Thuan annually has a total of 2837.8 sunny hours on average, the highest among localities in Vietnam, facilitating the generation of solar power.

According to Trung Nam Group, to develop a wind power project, investors must spend a lot of time, use a high number of laborers and apply many modern technologies as these projects tend to be located in areas with a severe climate and rough terrain.