The US Treasury of Department would continue its enhanced engagement with Vietnam.

There is insufficient evidence to make a finding that Vietnam manipulates its exchange rate for purposes of preventing effective balance of payments adjustments or gaining unfair competitive advantage in international trade.

US Department of Treasury made the statement in its latest report on foreign exchange policies of major trading partners of the US, announcing a contradict view to its previous report released on December 16, 2020.

In addition to Vietnam, Switzerland and Taiwan (China) have also been dropped from the list of currency manipulators.

The US Treasury Department also noted that it has been working with the Vietnamese authorities since early 2021 to develop “a plan with specific actions to address the underlying causes of Vietnam’s currency undervaluation.”, saying enhanced engagement with Vietnam will continue in the coming time.

Promptly after Vietnam being labeled as currency manipulator last December, the State Bank of Vietnam (SBV), the country’s central bank, released a statement rejecting the claim, saying the country’s main objective of its foreign-exchange policy is to control inflation and stabilize the macro-economy.

The SBV stressed Vietnam continues to give priority to a stable and sustainable trade-economic relation with the US and will strive to ensure a harmonized and fair-trade relations with the US.

Under the Trade Facilitation and Trade Enforcement Act of 2015, the US uses three criteria to determine if a country is a currency manipulator, including (1) a significant bilateral trade surplus with the United States is one that is at least US$20 billion over a 12-month period; (2) a material current account surplus is one that is at least 2% of gross domestic product (GDP) over a 12-month period; and (3) persistent, one-sided intervention occurs when net purchases of foreign currency are conducted repeatedly, in at least six out of 12 months, and these net purchases total at least 2% of an economy’s GDP over a 12-month period.

While removing a number of countries from the manipulation list, the US announced a Monitoring List of major trading partners that merit close attention to their currency practices and macroeconomic policies, comprising China, Japan, South Korea, Germany, Ireland, Italy, India, Malaysia, Singapore, Thailand, and Mexico. 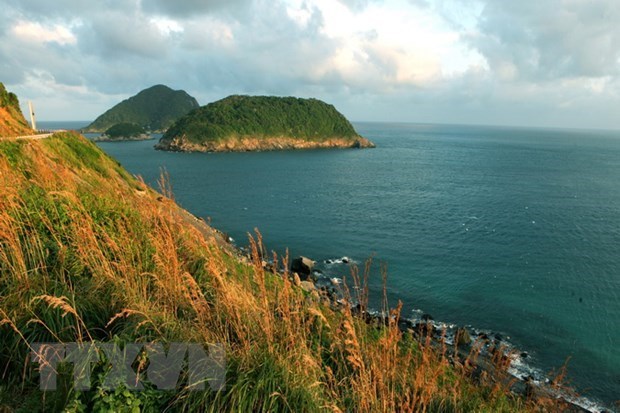 A view of the sea off Con Dao Island (Photo: VNA)

Hanoi (VNA) – The Bai Dam Trau beach in Con Dao island in Vietnam’s southern province of Ba Ria-Vung Tau , has been listed among the 25 most beautiful beaches in the world, according to a recent article published by Travel Leisure magazine.

“Trying to select Vietnam’s most beautiful beach is tough, but Bai Dam Trau in the Con Dao islands is certainly a top contender,” the article says.

“With distinct golden sand, soft swells, and shady groves of bamboo and evergreen trees, it’s the kind of place to spend the day gently swinging in a hammock with a beach read and walking in the surf with a freshly hacked coconut,” the article adds.

Topping the list is Saud Beach on Luzon island in the Philippines, followed by Elafonissi Beach in Greece and Nungwi Beach in Tanzania.

Along with the Vietnamese beach, the list also sees two other representatives from the Asian region, including Railay West in Thailand and Radhanagar in India.

In 2019, the ancient city of Hoi An in the central province of Quang Nam made it into the magazine’s list of 15 most beautiful cities across the world./.

Vietnam’s monetary policies in the past have only served to contain inflation and ensure macroeconomic stability. It does not seek unfair trade advantages, the State Bank of Vietnam (SBV) said in a statement Thursday.

The statement was responding to the U.S. Treasury labeling Vietnam and Switzerland as currency manipulators in a report released Wednesday.

The U.S. Treasury’s report shows that Vietnam has exceeded these criteria. Vietnam, which has seen increased foreign investment by companies seeking to avoid U.S. tariffs on Chinese goods, saw intervention of more than 5 percent of its GDP, the report said.

At least part of Vietnam’s intervention was aimed at pushing down the dong for a trade advantage, it added.

The SBV countered that the trade surplus Vietnam has recorded with the U.S. is the result of a series of factors, and the central bank’s purchase of foreign currency seeks to ensure national financial security as the country’s foreign reserves is at a low level compared other countries in the region.

In its report the U.S.Treasury also added Taiwan, Thailand and India to its currency manipulation monitoring list. Others remaining on the list are China, Japan, South Korea, Germany, Italy, Singapore and Malaysia.