According to previous proposals, the Law on Land 2013 was to be revised at some point after the 13th National Party Congress. A new law was to be considered within the year, with the National Assembly able to discuss the revised draft by the end of 2022. If all goes to plan, the revised law would then need at least three years before being approved.

Simultaneously, and with the party congress now in the rear view mirror and a new government in the process of taking the reins, a summary report of the implementation of the 2013 land law is being led by the Ministry of Natural Resources and Environment (MoNRE), involving every ministry and local authority. The summary report will be sent to the government and submitted to the National Assembly in the second quarter of 2023 the latest.

According to Dang Hung Vo, former deputy minister of Natural Resources and Environment, the current Law on Land contains conflicts with many other laws such as those on housing, real estate business, forestry, zoning, and public asset management.

“The overlap among those laws is the main reason for limiting the new supply for the real estate market as demand continuously increases. This leads to rocketing price increases and speculation which makes the market unstable,” Vo said.

Meanwhile, the weakness of the current Law on Land has also created struggles for administrative policies and implementation of land issues, especially in compensation.

Talking with VIR, Lim Hua Tiong, CEO of Frasers Property Vietnam expressed that a revised land law is necessary to enhance the flow of foreign investment to Vietnam – and that means a law with shorter processes, clearer and less complicated regulations, and elimination of conflicts with other laws that would all help investors make faster decisions and open up major chances for their success in Vietnam.

“It must offer equal opportunities for Vietnamese and foreign investors by enabling and granting overseas investors the right to directly obtain land use rights for the purposes of land bank development for new project establishment,” said Lim.

He added that any revised land law should clarify the measurement of public land, which can be directly allocated/leased to the investor without public auction. “This may shorten the time of the land allocation process and project implementation, respectively,” he added.

One official from the MoNRE noted that the revision of the land law must clarify details and remove unfairness for related parties in inheriting profits brought about by investment in land. Especially, the financial framework for land use which includes land leasing rents must be more relevant to the realities of the market.

“Moreover, the current Law on Land fails to mention many new types of real estate products such as condotels, officetels, or shophouses so a revised one is in need to deal with those products,” said the official.

According to Dang Minh Duc, director of Dong Nai Department of Natural Resources and Environment, a new law must take into account the current land status of localities.

“The revised Law on Land should clearly regulate the process of appraisal and land use right auction, and the calculation of the value for land compensation. These issues are seriously impacting the implementation of many projects in Dong Nai province,” Duc said.

The MoNRE has revealed that key issues to be considered in the revised land law include the expansion of quotas for agricultural land use of individuals and households; and management of rice land and especially land collection methods for the development of socio-economy of localities.

Also in the frame for a revamp included are taxation policies on agricultural land provided to households and enterprises that are left unused, as well as how to harmonise the rights between foreign enterprises and the government, while avoiding the impacts to the country’s security but ensuring a solid investment environment for overseas investors. 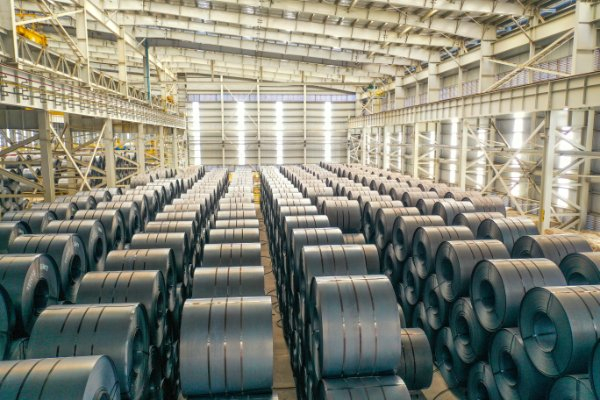 Vietnam posts increasingly unbalanced sex ratio at birth at 111.5 male births for every 100 female newborns compared to the world’s normal rate of 105.

Harmful practices for women and girls like gender-biased sex selection and domestic violence continue to remain in Vietnam, requiring instant and persistent actions by the whole society and all stakeholders.

A benign tradition “son preference” which is anything but is a product of gender-biased systems that places higher social status to men and boys, and favors male over female children.

The manifestation of gender biased sex selection can be directly measured through “sex ratio at birth (SRB)” and Vietnam’s rate is the third highest in the world, following China and India.

According to the United Nations Population Fund (UNFPA), the unbalanced sex ratio at birth was first identified in Vietnam in 2004. Since 2005, it has rapidly increased and reached 111.5 male births for every 100 female births in 2019 as indicated in the 2019 Population and Housing Census, against the biologically “natural” or “normal” sex ratio between 105 and 106.

Evidence shows that this demographic imbalance is a result of pre-natal sex selection, which is the termination of pregnancy when the fetus is determined to be female. UNFPA’s State of the World Population Report estimates that every year, 40,800 female births are missing in Vietnam. It means that 40,800 girls are not born every year in Vietnam because they were found to be a girl.

Meanwhile, nearly 2 in 3 women (62.9%) experienced one or more forms of physical, sexual, emotional, and economic violence and controlling behaviors by their husbands in their lifetime as indicated in the 2019 National Study on Violence against Women, which was conducted by the government of Vietnam with financial and technical support from UNFPA and the government of Australia.

But seriously, domestic violence is largely hidden in Vietnam. Almost half of women did not tell anyone their status, and all women who experienced physical and/or sexual violence from husbands did not seek any help from formal service providers, largely because of fear of stigma, discrimination and further harassment.

“The underlying cause of all these is gender-inequality and under-valuing of girls and women,” Ms. Naomi Kitahara, UNFPA Representative in Vietnam, said at the first-ever symphony concert “Girls Deserve to Shine” on November 27, which featured promising and outstanding Vietnamese young female soloists.

Organized at the Hanoi Opera House by UNFPA in collaboration with the Ministry of Culture, Sports and Tourism (MOCST) and the Vietnam National Symphony Orchestra, the concert is aimed to appreciate the value of gild child, as equal as to boys.

The concert is the initiative between the government of Vietnam and UNFPA in joining hands to raise public awareness and increase the value of the girl child within the context of addressing domestic violence and gender-biased sex selection in the nation.

The concert was part of the National Action Month on Gender Equality and Prevention of Violence against Women and Girls and 16 Days of Activism against Gender-Based Violence.

“Each one of us has a unique role and a shared responsibility to address issues that affect us all towards inclusive, equitable and sustainable development in Vietnam,” Ms. Naomi Kitahara said at the opening of the concert.