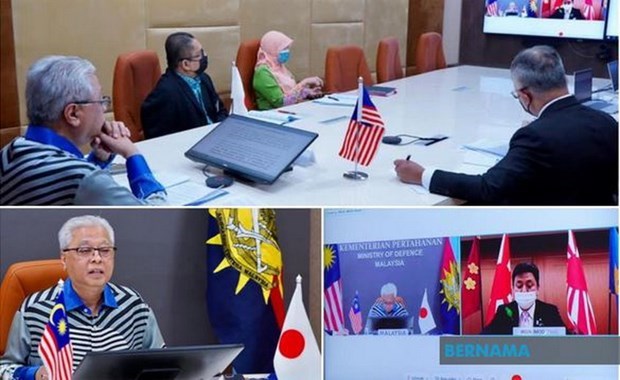 Tokyo (VNA) – Japanese Defence Minister Kishi Nobuo and his Malaysian counterpart Dato’ Sri Ismail Sabri bin Yaakob expressed their deep concerns over the current situation in Myanmar and affirmed their intent to cooperate closely in the matter during their online meeting on April 15.

Kishi showed their serious concerns over a Chinese law that authorises its coast guards to use weapons, and underscored the requirement to uphold and reinforce the Free and Open Indo-Pacific.

Both sides reaffirmed the critical need to observe international law, including the 1982 United Nations Convention on the Law of the Sea (UNCLOS).

During the meeting, Kishi condemned the launching of ballistic missiles by the Democratic People’s Republic of Korea last month, broadcaster NHK quoted sources from Japan’s Defence Ministry as saying.

The move violates UN Security Council resolutions, Kishi said, adding that they pose a serious challenge to the international community as a whole./. 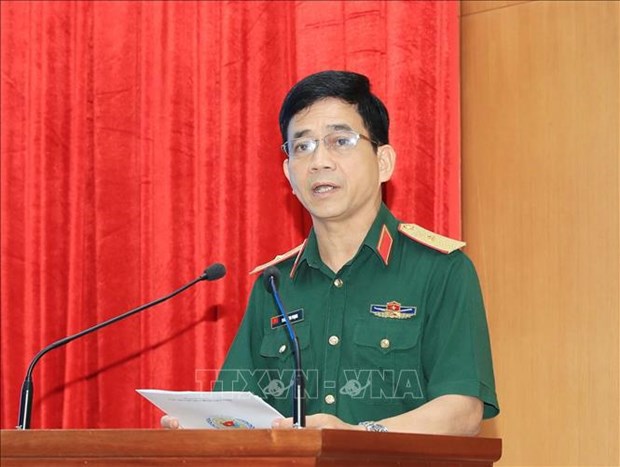 
Hanoi (VNA) – Vietnam’s peacekeeping force has worked to enhance the country’s position in promoting the implementation of the UN Millennium Development Goals (MDGs), including maintaining sustainable peace around the world, Major General Hoang Kim Phung, Director of the Vietnam Department of Peacekeeping Operations, has said.

In an interview with the Vietnam News Agency (VNA), Phung highlighted the positive contributions made by Vietnam’s peacekeeping force in UN missions.

“Sending troops to join UN peacekeeping missions in Africa is the Vietnamese army’s contribution to maintaining sustainable peace in the world,” he emphasised, adding that all countries wish to protect their people from non-traditional challenges and enable them to live in safety.

Vietnam’s peacekeeping initiatives have been commended by the UN and international friends, contributing to affirming its position and prestige in the region and the world, he added.

Although Vietnam is quite new to peacekeeping missions, the country has made a positive impression on the international community, the UN, and the missions in South Sudan and the Central Africa Republic, Phung said.

It has signed nine cooperative peacekeeping agreements with nine countries and two others with the UN and the EU, he said, describing the deals as helping promote bilateral defence cooperation with foreign countries. 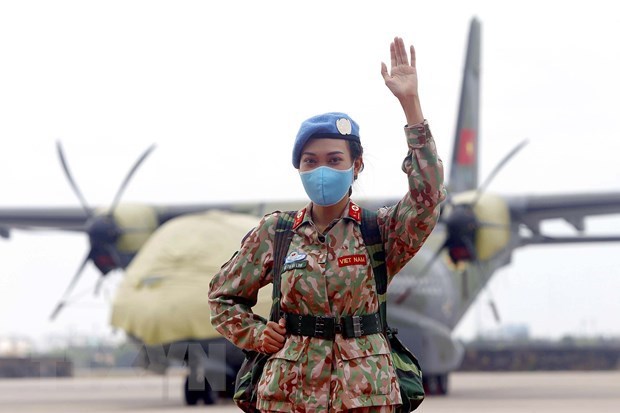 Some 126 doctors and medical staff and 53 officers of Vietnamese level-2 field hospitals have joined UN peacekeeping forces since 2014, and they have successfully fulfilled their tasks. The Under-Secretary General for Peace Operations and the Military Adviser to the UN Secretary General sent a thank you letter to the Vietnamese Government for its medical contributions to the UN.

Besides carrying out its mission, Vietnam’s peacekeeping force has provided major support to local residents, such as teaching and taking care of kids and instructing people on how to plant vegetables, among other things.

In particular, after the COVID-19 pandemic wreaked havoc on the world, making it harder to ensure sufficient medical supplies for hospitals, staff who returned home on furlough were assigned to bring back medicines and medical supplies when they returned, to serve COVID-19 prevention efforts in the host nation.

Phung said the participation in defence foreign affairs is one way for the Vietnamese military to protect the country during peacetime. 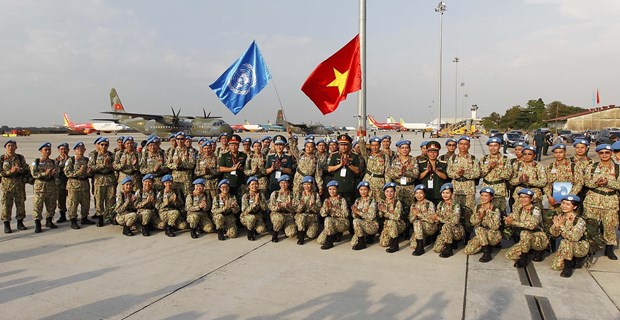 A ceremony on March 23 in Ho Chi Minh City to send off the staff of the third Level-2 Field Hospital, who participate in the UN peacekeeping mission in South Sudan (Photo: VNA)

Peacekeeping is a priority for Vietnam at the UN Security Council as the country serves in different positions this year. It was UNSC Chair for the second time in April, suggesting 15 open meetings and ten closed meetings to discuss international peace and security.

On April 19, State President Nguyen Xuan Phuc will preside over a high-level open debate on enhancing cooperation between the UN and regional and sub-regional organisations in promoting confidence-building and dialogue in conflict prevention and resolution. 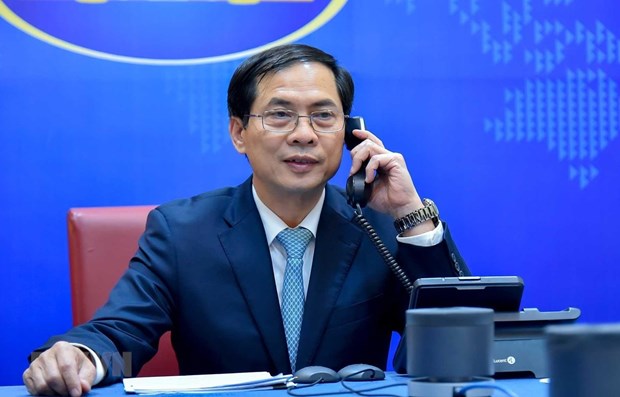 Hanoi (VNA) – Vietnamese and Indian foreign ministers have agreed to closely coordinate in order to effectively promote the action programme implementing the comprehensive strategic partnership between the two countries for 2021-2023.

The consensus was reached during phone talks between Foreign Minister Bui Thanh Son and his Indian counterpart Subrahmanyam Jaishankar on April 16.

Jaishankar congratulated Son on his appointment as Vietnam’s Minister of Foreign Affairs, and praised achievements the country has recorded over the past time, especially in external affairs, notably its ASEAN Chairmanship 2020.

The ministers rejoiced at the steps of development of the Vietnam-India comprehensive strategic partnership , and concurred to maintain the existing cooperation mechanisms.

Vietnam and India will work to strengthen collaboration in national defence and security, and raise the two-way trade to 15 billion USD, they said.

Vietnam backs India’s “Act East Policy”, he said, suggesting the two countries step up cooperation and support each other at multilateral forums, especially in 2021 when both countries serves as non-permanent members of the United Nations Security Council (UNSC).

Son welcomed India’s consistent stance on the East Sea and spoke highly of India’s role at regional and international forums, particularly the within the framework of the ASEAN-India partnership and the UN./.