Le Trung Chinh, chairman of the central city’s People’s Committee, said the city has received around 11,800 entrants since the beginning of this year. In April alone, it has received over 8,000 people, he added.

As it continued to receive repatriated Vietnamese, Da Nang has repeatedly recorded new coronavirus cases. The city has recorded 61 cases already since March 30.

The Da Nang Lung Hospital, being the receiver of all those Covid-19 cases, has experienced immense and long-lasting pressure, especially as Da Nang has recorded a coronavirus-positive case on Monday amid a recent Covid-19 outbreak since last Thursday, he said.

Besides medical workers, Da Nang’s other forces in the coronavirus fight, including those in monitoring roles and those responsible for quarantining, are being overloaded as well. Therefore, the city has requested not to receive any more repatriation flights to make its Covid-19 fight more effective, he added.

The city would suspend non-essential businesses and services such as gyms, festivals and sporting events starting Tuesday amid rising coronavirus concerns, the municipal People’s Committee announced.

According to the report, from the beginning of the year to May 2, Da Nang City welcomed around 11,800 entries. Particularly, from April to now, the beach city in Central Vietnam has received and carried out centralized quarantine for over 8,000 overseas entries.

From March to now, the city has continuously recorded 61 cases who are people on entry with positive testing for the coronavirus. 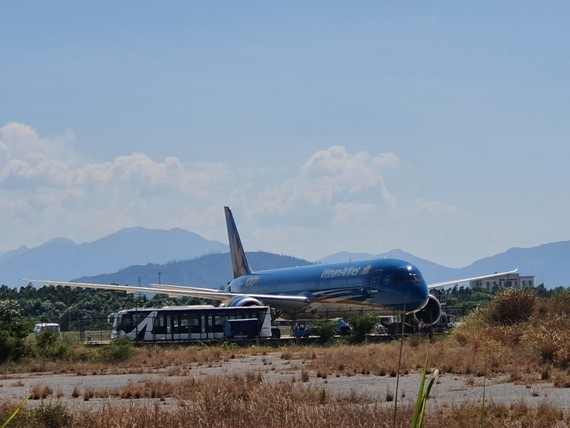 On the other hand, the Da Nang Lung Hospital has received and treated Covid-19 cases causing high pressure on medical staff. Especially when the city has seen Covid-19 cases in the community. In addition, functional forces performing the task of monitoring medical isolation are also overloaded.

To create conditions for Da Nang City to implement Covid-19 pandemic prevention and control and effective treatment of Covid-19 cases in the coming time, the People’s Committee of Da Nang City asked for permission not to receive the flights carrying Vietnamese citizens from foreign countries into the city.

The municipal People’s Committee also petitioned the Prime Minister and the Ministry of Health to provide more specific guidance to support localities to well implement following regulations and effectively perform the hand-over, reception, management and supervision of people after centralized isolation period. 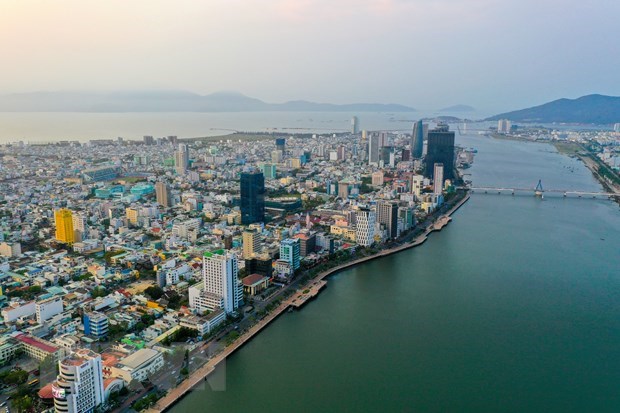 Da Nang (VNA) – The central city of Da Nang has maintained its leading position in terms of readiness for information and communications technology (ICT) development and application, after topping the Vietnam ICT Index rankings for the 12th consecutive year .

In the rankings for 2020, the city led the way with a total score of 0.9238, followed by the neighbouring province of Thua Thien-Hue.

Compiled by the Ministry of Information and Communications since 2005 and based on UN criteria, the Vietnam ICT Index assesses technical infrastructure, IT application, online public services, and the IT industry.

It has secured a prestigious reputation over the years and serves as a foundation for the ministry and local authorities to adopt appropriate decisions and policies to develop the ICT sector and the IT industry./.

Energy consumption in the city is on a rise on account of robust economic development, particularly tourism.

The project will survey the power consumption of at least 350 local houses, office buildings and hotels; install measuring devices in 70 buildings; and support 14 others in applying energy-saving solutions to cut consumption by at least 10 percent.

It also looks to strengthen education on environmental protection among elementary and secondary school students and raise public awareness of energy efficiency.

According to Homma Kazunari, Deputy Chief Representative of JICA Vietnam, via the project, Japan’s advanced technique and technology will be transferred to the municipal Department of Industry and Trade, local businesses, organisations and people in the hope of forming a mechanism of using energy efficiently across the city.

The project will be carried out until 2025 at a total cost of nearly 23.6 billion VND (nearly 1.03 million USD), with 23.1 billion VND funded by JICA and close to 500 million VND sourced from the city’s corresponding fund./.

Non-essential businesses in central Da Nang City and south-central Khanh Hoa Province must be shut down as the two Vietnamese localities ramp up their prevention against COVID-19 transmission.

In Da Nang, karaoke parlors, bars, discos, game centers, pedestrian streets, and night markets have been shuttered from 0:00 on Monday until further notice by the municipal People’s Committee.

Like Da Nang, in addition to the six aforementioned types of business, pubs, massage services, and spas in Khanh Hoa have been suspended from operations from 6:00 pm on Sunday.

Da Nang and Khanh Hoa have recorded no local infections in the recent COVID-19 resurgence in Vietnam.

The Southeast Asian country announced the first six local infections in over a month on Thursday, according to the Ministry of Health’s data.

It confirmed seven additional domestic cases on Friday, three on Saturday, and another eight on Sunday .

The ministry has registered 2,962 coronavirus patients, including 1,595 community-cased cases, as of Monday morning.

Recoveries have reached 2,549 while 35 patients have died so far, most having suffered from other medical conditions.

Tran Van Tan, deputy chairman of the central Quang Nam Province People’s Committee, on Monday announced around 400,000 students in the province up to university level would stay home for coronavirus prevention.

Similarly, Da Nang City also allowed its students up to university level to stay home starting Tuesday until further notice. Le Thi Bich Thuan, director of the municipal Department of Education and Training, said the city would also postpone end-of-term final exams for primary students, expected to last from May 5 to May 7.

Thuan said schools should deploy online classes and instruct students to keep up with their curriculums while waiting for further announcements by the education department.

The decisions followed a coronavirus case within the community detected Monday and confirmed Tuesday, a 28-year-old man residing in central Hoi An of Quang Nam Province who had relocated to neighboring Da Nang on April 29 to work.

Vietnam has recorded 36 community transmissions in the latest outbreak since April 29.