Being among the few airlines with continuous expansion in fleet size, the number of flights operated, and number of passengers serviced during the catastrophic 2020 were all achievements that paid off financially, marking Bamboo Airways as one of the few profitable airlines in the world.

By seizing the opportunities arising from the government’s drastic and effective pandemic prevention policy, Bamboo Airways has proactively innovated and timely implemented a series of solutions to overcome difficulties.

In terms of finance, the airline actively mobilised capital to reinforce its capacity, including raising capital from major shareholders, including its parent company, FLC Group; negotiated with bank partners and financial institutions to raise capital and adjust financial terms accordingly. In addition, Bamboo Airways has always prepared feasible business plans and secured assets.

With its network of service providers, Bamboo Airways actively worked and negotiated to come to acceptable cost agreements to secure the financial health of the airline.

Regarding the flight network, the airline timely restructured and continued to consolidate its flight network concentrating on the domestic market, opening routes to potential destinations, especially niches and routes connecting with the FLC ecosystem.

Some eminent direct flights of the Airlines’ strategy in 2020 include the roadmap connecting Con Dao, Rach Gia-Kien Giang, Phu Yen, and Can Tho, among others.

These new routes of Bamboo Airways received positive reviews from passengers, contributing to accelerating the process of occupying approximately 20 per cent of the airline’s market share, nearly doubling that of last year.

With regard to its fleet, the airline is currently operating nearly 30 aircraft, including the most advanced aircraft in the world such as wide-body Boeing 787-9 Dreamliner, narrow-body A321NEO ACF, and Embraer E195 jets. The fleet size is expected to reach 50 aircraft in 2021.

Another critical segment generating great revenue for Bamboo Airways this year was a series of new products and combos, adapting to the needs of the market and passengers at each particular period, which include 5-star nationwide flight-resort-golf package combo, multifunctional Bamboo Pass, and Branded Fares, among others.

In 2020, Bamboo Airways has delivered more than four million passengers, 40 per cent more than in 2019. Bamboo Airways holds the badge of the airline with the fastest recovery after the pandemic, according to statistics of the Civil Aviation Authority of Vietnam.

Especially, the airline continuously affirmed its position as the airline with the highest on-time performance, with the nearly perfect average of 95.8 per cent. In November 2020, Bamboo Airways received the title of Asia’s Leading Regional Airline in 2020 for its contributions in the aviation industry throughout the year. 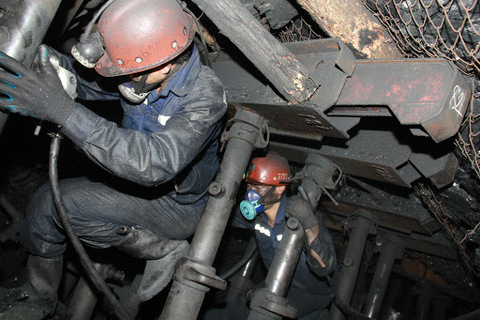 Mong Duong Coal (MDC) achieved profit of VND79 billion in 2010, but by the end of 2020, this enterprise only reported profit of VND27.8 billion. — Photo monduongcoal.vn

As mining activities are seasonal and affected by the weather, revenue and profit of coal mining businesses have fluctuated continuously over the past 10 years.

Vinacomin – Northern Coal Trading Joint Stock Company (TMB) saw an average growth rate of 9 per cent in revenue every year during the 2010-2020 period.

Vinacomin – Coal Import Export Joint Stock Company (CLM) has reported a 17 per cent rise in revenue during the past 10 years, from VND1.6 trillion (US$69.4 million) to VND7.5 trillion.

Despite earning trillions of dong in revenue, coal companies only achieved tens of billions of dong a year in profit, with some even suffering losses.

Compared to 2010, the profits of coal companies were almost unchanged.

Mong Duong Coal (MDC) had a profit of VND79 billion in 2010 – the highest in the group mentioned above. But by the end of 2020, this enterprise only reported VND27.8 billion in profit.

Coc Sau Coal (TC6) witnessed profit fall from VND67 billion in 2010 to only VND5.6 billion in 2020, the lowest level among the group, although its yearly average revenue is much higher than many other businesses in the industry.

Businesses in the coal mining industry have to confront specific risks such as the reserve of open-pit mines gradually drying up.

Most mines are exploited deep underground, with some at even 300m below sea level. Underground coal mines have higher soil removal costs compared to open-pit mines, which leads to less competitive coal prices.

Mining activities are seasonal and affected heavily by the weather. Due to the negative impact on the environment, taxes and fees for the coal industry are always high and tend to increase.

However, if comparing coal stocks, it can be seen that there are still good stocks with low price-to-earnings (P/E) rates and high dividend payout ratios.

Leaders of Viet Nam National Coal and Minerals Group (Vinacomin or TKV) said that the coal industry was facing many difficulties due to the impact of the COVID-19 pandemic, which has caused millions of tonnes of coal residuals at the yards and warehouses of TKV.

They said the coal demand for the economy in 2021 will not grow much, staying at the same level as in 2020. In addition, the mining conditions are increasingly difficult due to the rising depth underground, hampering the transportation process. — VNS

The Hanoitimes – Despite challenges, Vietnam’s banks are nearly approaching their full-year targets but the risk provision pressure remains great.

Preliminary business results of commercial banks in the first nine months delivered a positive picture of the banking sector in 2020. Despite challenges banks have faced during the Covid-19 pandemic, banks are nearly approaching their full-year targets but the risk provision pressure remains great.

One reason that kept banks from Covid-19’s impacts is retail.

In addition, all banks are endeavoring to spur revenue from services, especially from cross-selling insurance. Meanwhile, some banks have also increased investment in corporate bonds to seek better profitability, notably TPBank.

Banks are also trying to drastically reduce operating costs (through cutting employees’ pay) to retain profits. BIDV, SHB, HDBank have reduced salary and bonuses for employees by 10-30%, the rate is even bigger for leaders.

It’s also noteworthy that banks have also lowered their profit targets this year to make them attainable.

Eximbank’s Deputy CEO said profit before tax from its core business activities by the end of September reached VND1.2 trillion (US$51.9 million), completing 84% of the year-end target. However, Eximbank had adjusted down its profit target by 40% from mid-May 2020.

However, risk provision pressure remains a significant burden for banks, especially when bad debts, which were “concealed” by Circular 01/2020/TT-NHNN, are tending to increase.

Under this circular, banks can decide the repayment period and maintain the debt classification for customers affected by Covid-19. The measures of extending payment time, reducing or waiving interest rates will also affect banks’ future profits. In this context, some banks have yet to actively increase their loan loss provisions. This is the reason explaining why their profits are still growing.

Statistics showed that in the third quarter of 2020, bad debts of banks continued to increase strongly, including sub-standard debts, doubtful debts and loss debts.

In the second quarter, the bad debt ratio of 17 listed banks tended to increase to 1.71% from 1.44% at the end of the fourth quarter of 2019. BIDV Research Institute estimates that bad debts on their internal balance sheets by year-end may be 3% and 4% by the end of 2021.

FiinGroup’s report found a lag of four quarters in the provision expense. It emphasized that banks, who enjoyed high profitability due to changes in the accounting policy according to Circular 01, will experience clearer impact of Covid-19 on their credit quality and profitability when policy changes.

Hanoi (VNS/VNA) – Vietnamese railway companies reported large losses in 2020 due to the impacts of the COVID-19 pandemic.

Previously at the General Meeting of Shareholders in 2020, the company approved a plan for 2020 which expected total revenue to reach 1.63 trillion VND, and a loss up to 335.4 billion VND due to the influence of COVID-19.

The Saigon Railway Transport JSC (SRT) announced Q4 revenue of 282 billion VND, down by 22.5 percent year-on-year. It reported an after-tax loss of more than 105 billion VND.

The Vietnam Railway Corporation (VNR) also announced that its revenue in the first nine months of 2020 decreased 34.2 percent year-on-year, equivalent to a decrease of 1.18 trillion VND./.