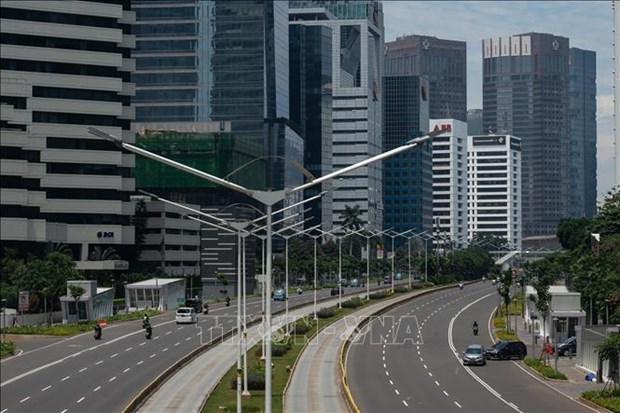 The title is the culmination of years of groundbreaking work and transformation by the city, according to the STA website.

The city has taken concrete steps to shift its car-oriented city planning paradigm and provide seamless mobility through the “Jaklingko” scheme, which facilitates interconnected transit trips for passengers.

The city is also improving physical integration between modes. These help with transferring between modes, reducing the cost for people with complicated trips and has resulted in a substantial increase to 83 percent in service coverage of frequent, rapid road-based transit and increased ridership on both informal transit and BRT.

Jakarta has also been leading in bringing cycling to the streets, repurposing space for cars to spaces for people, and implementing one of the first superblocks in Southeast Asia.

Jakarta Governor Anies Baswedan expressed pride in Jakarta and its commitment to continuously strive for a sustainable transportation system whose ultimate goal was the comfort of its residents.

STA is an annual award event for cities that have shown commitment, political will, and vision in the fields of sustainable transportation and urban development. /.

Speaking at an online press conference on February 7, Peny said it will take up to 20 working days for the consideration process after BPOM has received all the necessary data from pharmaceutical companies representing vaccine manufacturers.

According to Penny, BPOM is still waiting for these companies to complete the submission of data.

However, data may be provided in stages, while the consideration is under process. Sinovac’s Coronavac vaccine is the only one that has received an emergency licence from BPOM to date.

In January 14, Indonesia officially launched the first phase of its national programme on free vaccination against COVID-19 among health workers and civil servants, with three million doses of Coronavac vaccine provided by Sinovac.

The Indonesian government’s updated data shows that nearly 800,000 people were given the first shot.

Another 25 million doses of the vaccine are expected to be produced by the end of March with materials supplied by Sinovac, local officials said.

Previously, the Indonesian government also identified seven COVID-19 vaccines that will be considered to be used in the country, including Sinopharm, AstraZeneca, Pfizer, Moderna, Novavax, Sinovac, and the Red and White Indonesian-developed vaccine.

Meanwhile, Fresh News of Cambodia has reported that 600,000 doses of COVID-19 vaccine funded by China were delivered to Cambodia on February 7.

Under the plan, China will provide 1 million doses of COVID19 vaccine to Cambodia. In the first phase, 300,000 doses will be handed over to the Health Ministry, and the remaining 300,000 doses to the Ministry of Defence.

A number of other Southeast Asian countries are also gradually implementing the COVID-19 vaccination programme.

Singapore started its vaccination programme at the end of December 2020 and is expected to have enough vaccines for all residents by September 2021.

Despite reaching an agreement to import 2 million doses of vaccine from China before April 2021 for health workers, Thailand has to rely on the AstraZeneca-Oxford vaccine of the UK that will be produced domestically for its extensive vaccination programme ./.

Jakarta (VNA) – The state oil firm of Indonesia PT Pertamina (Persero) posted a net profit of 14 trillion Rp (1 billion USD) in 2020, according to its Director and President Nicke Widyawati.

The profit was obtained thanks to a number of initiatives to recover the firm’s production in the year.

Nicke said Persero has been under pressure from three concurrent shocks amid the COVID-19 pandemic, including a sharp drop in global crude oil prices, a weak rupiah exchange rate and a drop in demand.

In response to difficulties, Pertamina created oil reserves by buying in bulk and storing in land and floating warehouses, and this brought positive impacts on the firm’s financial operations.

According to Energy Watch, Pertamina’s success in making the 1-billion-USD profit amid the pandemic is inseparable from the company’s right business strategy.

The result was attributed to efforts to cut production costs and increase output.

The Indonesian Government paid a debt of 45 trillion rupiah to Persero, and this was a stimulus for Persero to gain better profits in 2020, it added./.

VNA
Jakarta (VNA) – The Indonesian Government aims to be free from oil imports starting from 2026, an official has said.

To support the Government’s plans, the State-owned energy producer PT Pertamina will build two oil refineries in Bontang in East Kalimantan and Tuban in East Java as well as develop refinery capacity at existing plants in Dumai, Balikpapan, Balongan, and Cilacap.

Mohammad Hidayat from the Ministry of Energy and Mineral Resources said that based on a fuel supply and demand prognosis for 2020-2026, production has been estimated at 87.4 million kiloliters (KL) while demand is growing 3.16 percent annually and will reach 85.1 million KL.

The prognosis is based on the availability of existing data and refinery projects being built and completed in what year, and how much production can meet domestic fuel needs, he said last week.

The completion of the Balikpapan project in 2023 is expected to contribute to additional fuel production of 57.5 million KL and help imports fall slightly, to 25 million KL, he added. Fuel demand is projected at 77.3 million.

Additional production is expected from Cilacap and Tuban in 2026./.

At a recent investment forum, the official noted the package will be channeled into healthcare, social welfare, prioritised programmes, and supporting micro, small and medium enterprises (MSME) and state-owned firms.

The health sector is set to receive 104.7 trillion rupiahs for conducting COVID-19 vaccination, building facilities, and paying for treatment costs, among others.

A total of 150.96 trillion rupiahs are earmarked for social welfare services, while prioritised programmes, which receives 141.36 trillion rupiahs, include those on recovering tourism, ensuring food security, and developing information and communications work, among others.

Earlier, the Indonesia Government decided to pour 372.3 trillion rupiahs on PEN in 2021./.

JAKARTA, INDONESIA - Media OutReach - 8 February 2021- You may not necessarily be together in person with your special love during this pandemic, but thanks to the latest tech such as the AG273FXR ‘Pink-Power’ monitor from AOC, you can still indulge your gaming passions together. Every shared gaming session together is like a virtual Valentine’s date, thanks to Agon!

In a year when ‘virtual togetherness’ will throw Valentine’s a romantic lifeline, and as the gaming community continues its surging growth, for gamer girls as well as boys, the Valentine’s slogan for 2021 could well be, “The couple that games together stays together”. Elizabeth Barrett Browning gave us the immortal words “How do I love thee? Let me count the ways.” Well, maybe keep your #PinkyPromise and make the AG273FXR one of those ways!?

To match the increasing demand for a competitive edge and top-tier performance, AOC launched Agon — AOC’s specialist gaming monitor brand. Named after the Ancient Greek word for “struggle” or “contest”, the Agon brand represents AOC’s engagement with the world of gaming. In addition to embracing new technologies, we’ve put our money where our mouth is by sponsoring many leading esports events and teams — actively driving the emergence of gaming as the global profession it has become today. Whether you’re an esports professional or an aspiring home gamer, Agon’s performance-driven specifications and convenient features will eliminate any obstacle encountered on the path to glory.

Sold in over 107 countries, AOC is a market leader in electronic displays and is positioned to be one of the top global brands in providing the best display technology to users worldwide. With nearly 50 years of experience in market analysis and consumer feedback, AOC is dedicated to designing products that address rising technological trends, as well as the diverse and changing needs of different consumers. Our commitment is emphasized through AOC’s slogan: ‘Vision at Heart.’ — at AOC, we’ve kept the hearts of our users in our vision, and we’ve kept their vision in our heart. Find out more about AOC at: www.aoc.com

Please find below the download link of product images:https://drive.google.com/drive/folders/16MjE_hH7FLY6K_fjrMnXvL1f8vEq2Na9?usp=sharing