During the training, participating officers will be equipped with line-up regulations and methods for conducting night training, a grenade-throwing contest, and regiment-level exercises.

Speaking at the opening ceremony, General Giang recalled that over the past years, the whole military thoroughly embraced and strictly carried out the Central Military Commission’s Resolution 765 and Decision 60 on raising training quality in the 2013-2020 period and subsequent years. Particularly, agencies and units actively renewed methods of training and conducted sport competitions and exercises to augment troops’ capabilities to meet new task requirements.

Giang also requested the General Staff to equip participating officers with basic contents of staff work and training methods, contributing to addressing shortcomings in conducting military training. Together with carrying out the set program, organizers should pay attention to ensuring absolute safety for participants and equipment and strictly observe training regulations.

He asked trainers to devise suitable training methods to effectively convey training contents to participating officers and hoped that trainees will learn more about skills and effectively apply them to their units’ training  in the future.

The command is entrusted with managing and defending the southwestern waters from Ganh Hao estuary (in Bac Lieu province) to Ha Tien (Kien Giang province). Covering the area of 150,000 sq.km, these waters border the waters of Cambodia, Thailand, and Malaysia. It has a nearly 450 km of coastline, numerous estuaries, and 153 large and small islands, of which 46 are inhabited.

Therefore, to maintain peace and stability in the waters, the Naval Region 5 Command has strengthened its ties with the naval forces of regional countries, including the Royal Cambodian Navy and the Royal Thai Navy.

According to Lieutenant Commander Nguyen Trung Thong, Commissar of Flotilla 512 and Senior Lieutenant Pham Van Thuy, Captain of Ship 264 of Brigade 127, the command has conducted joint patrols with regional navies, considering each patrol an intensive training opportunity. During the patrols, participating troops practiced preventing acts of piracy, smuggling, drug trafficking, illegal immigration, and arms- and explosive-trafficking. They also exercised using hand flags and signal lamps in line with the international code of signals.

So far, the Naval Region 5 Command has completed 62 joint patrols with the Royal Cambodia Navy and 42 others with the Royal Thai Navy. It has also maintained a hotline with Regions 1 and 2 of the Royal Thai Navy and naval bases under the Royal Cambodian Navy to exchange information and discuss measures to solve situations occurring in their countries’ adjacent waters. These activities have made important contributions to consolidating solidarity and friendship between their militaries and navies and to upholding a peaceful and stable environment at sea, creating favorable conditions for socio-economic development in each country.

In the years to come, apart from stability in the southwestern waters, there are still potential risks that might cause instability, including illegal fishing in foreign waters. Thus, the Party Committee and Chain-of-command of the Naval Region 5 Command has defined that they will bring into full play what they had achieved, bolster defense diplomacy, including more joint patrols with the Royal Thai and Cambodian navies in order to firmly defend national sovereignty over seas and islands, and maintain order, security, peace, stability, and development in the southwestern waters of the nation.

At the event, participants were briefed on the cooperation of the three border guard units over the past time, particularly in border patrols and mass mobilization.

At the meeting, delegates discussed relevant matters and agreed on several measures to enhance their cooperation in the time to come, especially in external defense affairs, border management, information sharing, and mass mobilization.

On the occasion, representatives of the three border guard units signed the cooperation program for 2021, contributing to firmly protecting the national border in the current context.

of the Party Central Committee, member of the Central Military Commission and Deputy Defense Minister, during the inspection of the academy’s task implementation in the first six months of this year conducted on June 15.

Having visited the academy, the Deputy Defense Minister praised its achievements in the first six months of 2017. Accordingly, the flexibly adjusted its training programs, built exercise scenarios in line with reality, successfully organized a command exercise for seniors, and comprehensively implemented Party and political work.

During the inspection, General Don also asked the academy to continue renewing training methods and contents with the focus on enriching cadets’ specialized and practical knowledge through field trips and exercises and raising the quality of instructors.

Agreeing on a logical plan for the upgrading and construction of lecture halls and accommodation to meet the long-term demand for officers, he said, in short-term, the academy should prioritize the repairing and upgrading of the downgraded facilities and the construction of essential projects to meet the officers’ daily and study demands.

While carrying out the SAR mission, the ship, which is specifically designed to operate continuously for 15 days and nights, can rescue 100-120 distressed people.

Once operational, the ship will help better safeguard the nation’s sovereignty, support fishermen and fight fire at sea, as well as be able to join international SAR tasks on request. 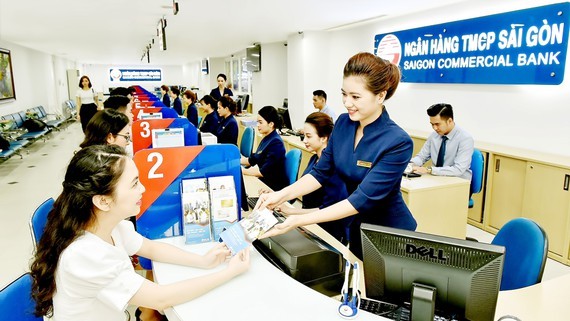 Profit reports of commercial banks in Q1 of this year all hit the mark of several trillion Vietnamese dongs. Specifically, HDBank has just announced that its estimated pre-tax profit in the first quarter exceeded VND2 trillion, up more than 67 percent compared to the same period last year. Of which, profit from services was two times higher than that in the same period for the third consecutive quarter. By March 31, this year, this lender’s credit growth rose by 5.2 percent compared to that by December 31, last year.

MBBank also informed that its profit was estimated at over VND4.57 trillion, 2.1 times higher than the same period last year. The non-performing loan (NPL) ratio dropped sharply from 1.46 percent at the beginning of the year to 1.14 percent.

At the annual general meeting of shareholders (AGM) in early April, ACB leaders said that its profit in Q1 was estimated at above VND3.1 trillion, up more than 61 percent. Sharing at the AGM 2021, MSB’s leaders informed that its net revenue in the first quarter was more than VND2 trillion, an increase of 65 percent year-on-year, leading to an estimated pre-tax profit of VND1.2 trillion, 315 percent higher than the same period last year.

As for the State-owned commercial banks, although the AGM has not been held, Vietcombank’s leaders said that its pre-tax profit in the first quarter was estimated at VND7 trillion, up 34 percent year-on-year and equal to 28 percent of the target of VND25.2 trillion set for the whole year. With a positive Q1 profit, its profit target set for 2021 is within reach. In fact, Vietcombank is assigned the highest credit target among State-owned banks with 10.5 percent while other banks are only at the level of 6-7.5 percent. Many experts said that VietinBank can achieve a profit of US$1 billion this year, thanks to the shift of retail channel and the reduction of the bad debt burden.

In a recent report of SSI Research Center, it is estimated that the pre-tax profit of listed banks in Q1 will increase from 55 percent to 65 percent compared to the same period last year. Of which, State-owned commercial banks will possibly achieve a growth of about 75-85 percent, and joint-stock commercial banks are expected to achieve pre-tax profit growth of about 45-55 percent. The reason for the high growth in Q1 was because lenders have maintained relatively attractive margins and credit prospects have been improved. In addition, most banks have accelerated the write-off of bad debts and increased provision for bad debts in the fourth quarter of last year. 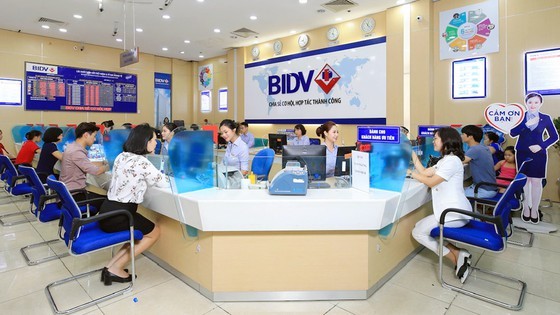 Investors’ expectation of the banking industry’s profit picture is also the reason why banking stocks, namely CTG, VCB, ACB, and MSB, jumped by 40-50 percent in the first quarter.

According to SSI Securities Company, currently, the net profit margins of banks are at a record high. Savings interest rates decreased by 2.25 percent per annum upwards in 2020, and in the first quarter of 2021, some banks continued to cut another 0.1-0.4 percent. These reductions focus on short-term deposits. Currently, most banks are keeping deposit interest rates at a level of 3-4 percent per annum for terms below six months, 3.5-5.5 percent per annum for terms from six to below 12 months, and 4.6-6 percent per annum for terms of 12 months upwards. Although the deposit interest rates sharply dropped to a record-low level, capital mobilization of commercial banks remained extremely positive. Banks’ loan-deposit gap from the beginning of 2020 to now has been strongly widened. Therefore, the net interest margin of most commercial banks had increased robustly in the second half of last year and is now at a historic high level of about 4 percent compared to the normal level of only 3.5 percent. This is one of the reasons why bank profits have soared.

With optimistic business results in Q1, many commercial banks continue to set high growth plans and are confident of completing their profit plans. According to the evaluation of the profit outlook of the banking industry in 2021 of FinnGroup Joint Stock Company, it is forecasted that the growth of after-tax profit of 12 listed commercial banks will be at 18.2 percent this year, higher than the growth of 14.9 percent last year. In which, State-owned banks are expected to have a strong increase in profits, such as Vietcombank with 14.9 percent, BIDV with 41.3 percent, and VietinBank with 41.9 percent. This positive outlook comes from both credit activities and service revenue, especially revenue from bancassurance of many banks, especially large banks like Vietcombank, VietinBank, ACB, MSB, and HDBank, said a representative of FinnGroup Company.

Besides, the representative of VNDirect Securities Company said that the State Bank of Vietnam has just issued Circular No.03/2021 amending and supplementing Circular No.01/2020 on restructuring, exemption, and debt rescheduling for customers affected by the Covid-19 pandemic. The circular also added a provision for a gradual 3-year allocation of provision for bad debts, which will also help reduce provision expenses for banks, especially in 2021. With the optimistic profitability of banks, banking stocks will still be one of the most potential stock groups in the stock market this year.