A native of Thạch Thất District on the outskirts of Hà Nội, Duy came up with the idea of combining LED lighting and the Japanese art of “kirigami”, inspired by shadow puppetry, to create magical lightboxes as his university graduation project in 2018.

With the help of a friend, he experimented making lightboxes for over three years and then established his own brand — Fox Design. He and his friend are now considered the innovators of such creations in Việt Nam.

KEY CREATIONS: Duy’s lightboxes are a source of pride for him because he understands the importance of culture for a country. VNA/VNS Photo Hoàng Đạt

Meanwhile, the “Land” part features beautiful landscapes in Việt Nam, from the north to the south.

When seeking ideas for the project, Duy happened to hear the song Nhớ Về Hà Nội (Remember Hà Nội) presented by singer Hồng Nhung, which brought back childhood memories of hanging out with his father and rekindled his affection for his hometown.

DETAILED PROCESS: The first step is designing paper layers on a computer, then printing them and placing them in a certain order to complete the image. VNA/VNS Photo Hoàng Đạt

Much of the scenery inside his lightboxes is associated with outstanding Hà Nội landmarks like the Old Quarter, the Instagram-famous “train street”, and St Joseph’s Cathedral.

Stunning national landscapes also make an appearance, such as terraced rice fields, Hội An ancient town, and the former imperial city of Huế.

According to Duy, presenting Vietnamese culture and costumes in his lightboxes is both a joy and a source of pride, because he understands that “culture is an integral part of a nation”. 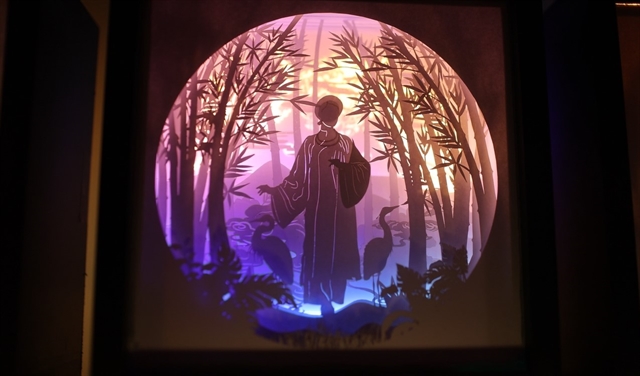 STUNNING DESIGN: A woman in a royal costume, dating back to the 18th century, is the subject of one of Duy’s lightboxes. VNA/VNS Photo Hoàng Đạt

“The ‘Việt Nam’ part was the hardest for me, as I had to select what I consider to be national symbols,” he recalled. “After talking to my friend, I decided to integrate four cultural and artistic forms into our creations, including tuồng (classical drama), water puppetry, Huế court music, and the Central Highlands gong space.”

Before making any product, Duy must conceptualise, design, set up the background scene, and arrange paper layers on a computer. He then meticulously cuts out designs, which must be printed by hand on art paper in order to ensure precision in the final product.

After the cutting, the paper layers are attached to each other to create a complete image. Each layer must be carefully chosen so that its original quality is maintained, with no shrinking, stretching, or wrinkling due to unfavourable temperature or humidity.

PUT TOGETHER: Each lightbox includes from five to seven or even as many as 15 layers of paper, depending on the desired image and colour. VNA/VNS Photo Hoàng Đạt

Each lightbox includes from five to seven or sometimes up to 15 layers of paper, depending on the complexity of the context and image. Duy and his friend must strike a balance between component parts, so that the light can pierce through the paper layers and create the intended effect.

The set-up for the LED lighting at the back of the box is also carefully calculated. The ratio of light determines the colours in the final product. Thanks to laser printing technology, each member of Duy’s team can make three for four lightboxes a day with an increasing level of precision and sophistication.

Prior to the “Việt Nam — Land and People” project, Duy made lightboxes featuring famous scenes from classic films like The Lion King or celebrations of traditional Vietnamese festivals, from which he gained a lot of experience.

Sometimes he and his friend decide to start over again if they feel the colour is unsuitable or if light can’t make it through the set-up the way they prefer.

But that doesn’t dampen their spirits, and Duy and his friend are fully invested in pursuing their artistic craft.

“We plan to experiment with other subjects, such as childhood memories, depicting memorable moments that most kids in rural areas would have had, or more sophisticated topics like ‘feng shui’ or Buddha,” Duy said. VNS 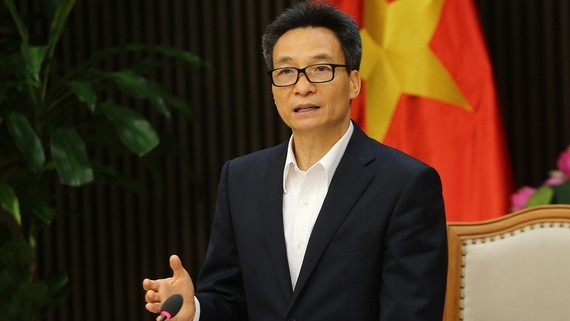 Authorities in Quang Ninh Province have just awarded the local football team VND500 million (USD21,739) for their outstanding achievements in the V-League.


The decision was announced by the Quang Ninh Provincial People’s Committee on April 9 right after many players of the Than Quang Ninh Football Club shared on their Facebook accounts about being owed salaries for eight months.

In their recent Facebook status, some players including Mac Hong Quan, Nghiem Xuan Tu, and Hai Huy called on the provincial authorities and the club’s leaders to pay them salaries which have been delayed since September 2020 as well as some bonuses dating back since the end of 2019.

“We’ve worked hard and made lots of efforts to overcome the hard time faced by the club,” they wrote in their Facebook posts. “They have made a lot of promises to pay us but we have yet received any payment so far.”

The players also threatened to leave if they don’t receive the payment now.

“We’ll stop playing from the ninth round of V-League 2021 if the money isn’t paid,” they wrote. We’ll also end our contracts with the club.”

Striker Mac Hong Quan shared that he has lived on financial support sent by his wife from the Czech Republic over the past four months.

Meanwhile, defender Duong Van Khoa said that he had to borrow money from his mother-in-law to pay for his daughter’s schooling.

Last week, many players walked out on training to protest against the slow payment until representatives from the Department of Culture and Sports came and promised to solve the problems.

The players then played in the 7th and 8th round matches. And the Quang Ninh team had done very well, beating strong teams including HCM City FC, Hai Phong FC and Thanh Hoa FC. After the first eight rounds of the V. League 2021 the club is second on the table with 18 points, one less than leader Hoang Anh Gia Lai.


However, leaving the field, the players were disappointed when local authorities failed to realise their payment promises.

Also on April 9, the Vietnam Professional Football Company (VPF) sent a letter to Than Quang Ninh Football Club, asking for their explanations about the slow salary payment to players.

VPF General Director, Nguyen Minh Ngoc said that the issue had badly affected the image of the club and the V-League as well.