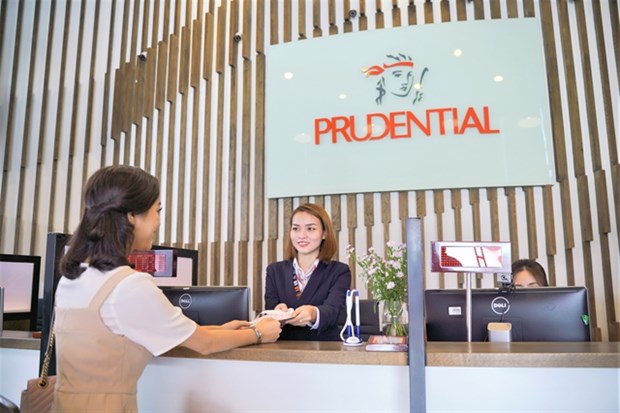 The new agreement significantly expands the geographical scope to include the north, where MSB is headquartered, and make Prudential the lender’s only partner.

They have been collaborating since 2013 and built a highly successful bancassurance partnership which delivered a 34 percent compounded annual growth rate in annual premium equivalent between 2014 and 2020.

Under the renewed partnership, the two sides will also expand into new segments, including digital, to deliver holistic protection solutions to customers.

With a digital-focused approach that is aligned with MSB and Prudential’s plans to leverage existing digital tools such as the latter’s artificial intelligence-powered application Pulse, they hope to seize further growth opportunities.

Nic Nicandrou, Chief Executive of Prudential Corporation Asia, said: “Vietnam is an important market and source of growth for Prudential. The renewal and expansion of our long-term partnership with MSB represents a tremendous opportunity for Prudential to build on its strong presence in the market. It is a clear demonstration of our commitment to serving MSB’s customers, helping them get the most out of life with our leading suite of health and wealth solutions.”

“We are delighted to be taking the partnership to the next level as we deliver our innovative offerings to MSB’s customers through existing as well as new channels, including digital. We look forward to continuing our strong relationship with MSB for another 15 years.”

Nguyen Hoang Linh, Chief Executive Officer of MSB, said: “We have enjoyed a very successful partnership with Prudential Vietnam and this reinforced our decision to extend the partnership and expand its scope to cover all of Vietnam.

“Together with Prudential Vietnam, we will remain focused on providing best-in-class financial and investment solutions to consumers across the country, helping them fulfil their evolving needs and providing them with a secure future.”/.

Residents and tourists alike have shared their disappointment over the removal of large portions of the Franciscaines Misionnaires de Marie – an abandoned monastery in the Central Highlands city of Da Lat – during the site’s renovation.

Spanning more than seven hectares, the chapel and residential quarters of Franciscaines Misionnaires de Marie sit between Tran Quang Dieu and Hung Vuong Streets in Da Lat, which is the capital of Lam Dong Province.

For years, the iconic chapel has been an inspiration for Vietnamese artists and photographers, being reimagined in countless works of art.

According to writer Nguyen Vinh Nguyen, the Benedictine complex was designed and built by French architects Alexandre Leonard and Paul Veysseyre in the late 30s and early 40s, marking the onset of Benedictine missionaries from the West making their way to Vietnam.

In 1954, these missionaries left the complex in the hands of Franciscans nuns before moving to Hue in the central region to set up the Thien An Monastery.

In the following years, the nuns enlisted Vietnamese architect Pham Khanh Chu to design additional classrooms behind the existing complex.

According to Tran Ngoc Trac, former head of Lam Dong Province Arts and Literature Association, the mission was known as Viet Nu Commercial School in 1969.

In 1979, the seven-hectare complex was handed over to the government.

Over the following decades, the school’s two classroom blocks and residential building served as the province’s supplementary school, then as the Lam Vien Hotel, and eventually Tran Phu High School.

In the 1980s, another building was built between the two blocks.

The chapel and monastery were next used as a warehouse, sports hall, and residential structure.

It was eventually abandoned for several years before becoming a campus of the Ho Chi Minh City University of Architecture.

At one point, nearly 20 families illegally occupied the chapel but were eventually forced out by local authorities.

Pulling out all the stops

The Ho Chi Minh City University of Architecture, which currently manages the complex, said it has plans to restore the site.

“We are doing our best to preserve the monastery’s artistic value,” said the school’s representative.

“We expect it to be a landmark of the university’s Da Lat campus in which potential architects from the Central Highlands and neighbouring areas are trained.”

Plans on the renovation include a new amphitheater being built in the complex and the restoration of dilapidated structures.

The chapel will be transformed into a library and meeting hall which will host architecture and art workshops, while the residential structures will be used as boarding houses for lecturers.

“We decided to restore the existing constructions of the chapel and residential structure though they are not listed in the government’s compulsory reservation scheme,” the university told Tuoi Tre (Youth) newspaper.

“We see the complex as a meaningful and valuable heritage site.

“Restoring costs much more than rebuilding but we must protect this significant landmark.”

Although the monastery is not classified as a relic or included in the list of reserved buildings by the government, it is highly appreciated by architects for its architectural value, according to architect Le Tu, head of Lam Dong Province Association of Architects.

On a purely legal basis, it is permissible to demolish the complex built atop the land, yet the Ho Chi Minh City University of Architecture chose a much more challenging and noteworthy solution.

It is too early to comment on the project’s impact, yet it does open the door for discussions on how Da Lat’s old villas should be managed and used to preserve the old town’s atmosphere.

As Tu sees it, if all precious villas are lost or investors wait for them to be severely ruined as an excuse to tear them down, Da Lat’s heritage will slip away.

Therefore, besides goodwill, investors must have plans in place to prevent unwanted incidents and ensure safety.