Previously, at 8:12 p.m. of March 23, the Steering Committee for Natural Disaster Prevention and Control, Search and Rescue of Binh Dinh Province informed that fishing boat BD 93054 TS had lost contact on sea.

Based on the initial information, the Provincial Fisheries Department indentified that the fishing boat was owned by fisherman Tran Thanh Liem, living in Cat Khanh Commune, Phu Cat District.

By 8:00 a.m today, the Fisheries Department of Binh Dinh Province received information from fishing boat owner family about contacting with crewmembers. Currently, all the fishermen are safe.

According to the fishing boat owner, the fishing boat lost contact from March 21, the location and time of the last contact was defined at 3:00 p.m. of March 21. At this time, Mr. Liem’s fishing vessel and 12 laborers were fishing far about 27 nautical miles of the South of Con Dao Island.

The Department of Agriculture and Rural Development of Binh Dinh Province is currently working closely with relevant units to find out the reason of losing contact with the boat.

Under the new five-year strategic plan, it seeks to invest over $60 million, of which about 40 percent would come from member countries, according to a press release it issued Monday.

Its 10-year Basin Development Strategy (BDS) strategy will focus on five priority areas: improved ecological functions of the Mekong River for a healthy environment and productive communities, improved access to and use of water and related resources for community well-being, sustainable development for inclusive economic growth, resilience against climate and disaster risks, and enhanced regional cooperation from a whole-of-basin perspective.

The BDS is based on recent assessments of the impacts caused by water and related resources developments and infrastructure, including dams that have changed flow regimes, affecting sediment transport and accelerating bank erosion.

These have in turn led to a decline in natural fish populations, the degradation of environmental assets and floodplains, and the reduction in the replenishment of the Mekong Delta.

Climate change has further added to the severity of the impacts, bringing more uncertainties and risks, including frequent droughts and floods.

The strategy also recommends measures that all stakeholders can implement to achieve their strategic priorities.

A new key direction for the MRC’s work will be to proactively assess and identify new storage options and new flow and environmental limits, and recommend basin-wide joint investment projects that will enable flood management, drought relief, energy security, and environmental protection.

Work will also be carried out to ensure that new power generation plans consider the full range of viable generation sources, including the integration of water-energy options and the complementary use of wind and solar power. This will increase sustainability while addressing potential climate risks.

The MRC will also explore how water infrastructure projects throughout the basin could be coordinated to enhance their benefits and limit their adverse environmental impacts on the Mekong’s mainstream.

“The strategy is aligned with the Mekong governments’ priorities and needs for achieving a stronger and more resilient Mekong River Basin through proactive planning and coordinated management, and thus ensures a balance between economic development and environmental protection,” Dr An Pich Hatda, MRC secretariat chief executive officer, speaking at the official launch of the BDS and SP Monday, said.

The Mekong River flows 4,880 km from its origins in Tibet, 2,130 km of it in China, where it is called Lancang. It then flows south through Cambodia, Laos, Myanmar, Thailand, and Vietnam before reaching the sea. 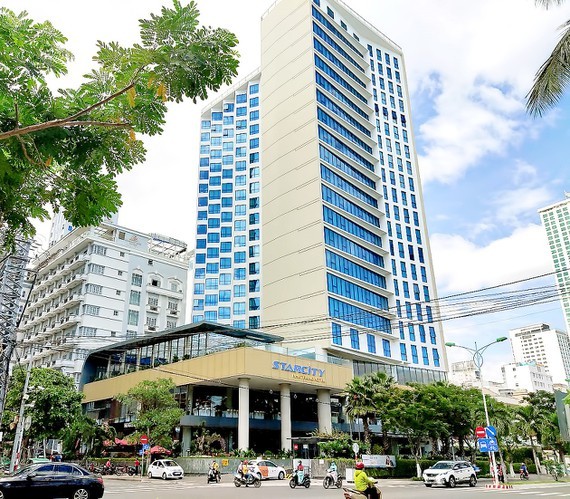 The most infamous case is the 3,000m 2 site at 25-26 Nguyen Dinh Chieu Street in Nha Trang City. It is handed over by the province to Khanh Viet Corp. (Khatoco – a state-owned company) to construct a 19-floor building for residential and commercial purposes.

10 years after the approval of the project, in 2014, Khanh Hoa Province People’s Committee formally issued a decision to allow Khatoco to begin the project. Yet no work was commenced, and Khatoco only handed in VND34 billion (approx. US$1.5 million) as the land use fee. In February 2016, Khanh Hoa Province People’s Committee made another decision to let Khatoco Real Estate Investment and Trading Co. Ltd. (member of Khatoco) handle the project.

According to Khanh Hoa Province Tax Department, Khatoco should have paid over VND38 billion ($1.7 million). However, citing Circular 76/2014 by the Ministry of Finance for land lots with the value of under VND20 billion ($872,000), functional agencies in the province did not hold any bidding or price evaluation, even though the real value of this lot reached VND40-60 million per square meter ($1,744-2,616).

In August 2017, Cat Tiger Khareal Co. Ltd. changed its business registration permit and increased the charter capital to VND180 billion ($7.85 million) and bought all stocks of Khatoco Real Estate Investment and Trading Co. Ltd., becoming the one-member Co. Ltd. instead of the two-member one and fully privately managed the construction project of the 3,000m 2 site.

One other prominent case is Starcity Project, sited at the address of 72-74 Tran Phu Street in Nha Trang City, with a surface area of 2,453m². The location used to belong to the Guesthouse of Khanh Hoa Provincial Party Committee. The main investor of this project is StarCity Nha Trang Hotel, which won the project without any bidding from Nha Trang Ship Chandler Company (an equitized state-owned enterprise).

A similar case is the 2,112m 2 lot located at 12 Le Thanh Ton Street of Nha Trang City. It was handed over by the province to Vietnam Cat Tiger Co. Ltd. to construct an office building without any clear bidding. Gaining the investment certificate in 2013, the investor did not perform any action and transferred the project right to An Phu BDS Development and Investment JSC. in 2017. Despite the tardiness and illegal transfer, the project received no warning from the People’s Committee of Khanh Hoa Province.

Recently, there has been the case of the construction project for Hoa Da Event and Business Services Center under the responsibility of Hoa Da Business – Services – Tourism Co. Ltd. The project was greenlighted in 2014 on the ground of an old 936m 2 cinema at the address of 35 Yet Kieu Street in Nha Trang City.

The Government Inspectorate announced that the sale of state assets according to their current value and under the form of competitive bidding by Khanh Hoa Province People’s Committee is a violation of the law on state property management.

What is more, the selection of investors without bidding does not observe the 2005 and 2015 Law on Investment.