Vietnam reported no new Covid-19 cases on the morning of May 2, marking 12 hours without community transmission, according to the National Steering Committee for Covid-19 Prevention and Control.

More than 40,563 people are being quarantined across the country, with 541 at hospitals, 23,125 at designated facilities and 16,897 at their accommodations.

According to statistic from Medical Service Administration (Ministry of Health), among the cases of Covid-19 under treatment, the number of cases tested negative for SARS-CoV-2 virus was 72.

Another 1,580 people were injected with COVID-19 vaccine on May 1 throughout seven provinces and cities, including Hanoi, HCMC, Bac Ninh, Ba Ria Vung Tau, Gia Lai, Quang Ninh and Hai Duong.

As of  4pm on May 1, the country has carried out Covid-19 vaccination (two shots) for 511,435 people who are health care workers treating COVID patients, front line workers in the Covid-19 pandemic fight, soldiers and police officers, among others.

After locally-infected cases were detected in late April, localities around the country are tightening pandemic prevention measures.

Many passenger trains have been suspended amid the new Covid-19 outbreak in various provinces and cities. According to the Ministry of Health, from April 27 to May 6, Vietnam registered 120 community cases in 14 cities and provinces. Hanoi recorded 47 cases, 25 cases were in Vinh Phuc, 14 cases in Ha Nam, 12 cases in Bac Ninh, 5 cases in Danang and Thai Binh each, four cases in Hung Yen, two cases in Hai Duong and one case in HCM City, Yen Bai, Quang Nam, Quang Ngai, Dong Nai and Lang Son each.

The local government has been consecutively implementing prevention measures amid new Coronavirus cases found after 72 days without community transmission.

At the meeting of Hanoi’s Steering Committee for Covid-19 control and prevention on Thursday, local leaders stated that the pandemic development in the next few days will be complicated, especially in the context hundreds of thousands of people are scheduled to come back to Hanoi after the four-day weekend holiday.

Dung said that related agencies must closely check those and people going to Hanoi from other provinces and cities after the holiday.

“Everyone has to complete medical declarations.”

In addition, Hanoi’s police officers and soldiers are required not to leave the capital on this occasion. Hanoi Department of Culture and Sports requested that the match between Hanoi Club and Saigon Club in the V League game on May 2 be held without spectators.

A community case in Hanoi was recorded on Friday. He lives in Viet Hung Commune, Dong Anh District. He is a truck driver who has been to many places since coming in contact with patient 2899. Patient 2899 is a male migrant worker who returned from Japan.

K Hospital in Hanoi has been closed and disinfected after 10 new Covid-19 cases were found.

All three branches of K Hospital on Quan Su Street, in Tam Hiep Commune and Tan Trieu Commune, with 5,000 staff, patients and family members, were all put on lockdown from early morning of May 7 until further notice after 10 new cases were found at the Tan Trieu branch. Four patients and six family members tested positive for Covid-19. One of the patients was treated for a month at the National Hospital of Tropical Diseases.

Hanoi Capital High Command and the Chemical Corps under the Ministry of Defence collaborated on the same day to disinfect the Tan Trieu branch, treating 1,400 in-patients. It took about one hour to disinfect the site.

Chairman of Hanoi People’s Committee Chu Ngoc Anh visited the location and directed the work. He asked all street vendors and restaurants near the site to temporarily close and asked the locality authorities to tighten monitoring the surrounding area where the patient’s family members are staying.

Related agencies must prepare necessities for the quarantined people. All goods sent inside must be disinfected.

“The hospital must issue announcements and raise public awareness,” Anh said. “If one person becomes complacent, the whole community will face difficulties so we have to protect ourselves and others.”

Some photos of the hospital being disinfected on May 7: 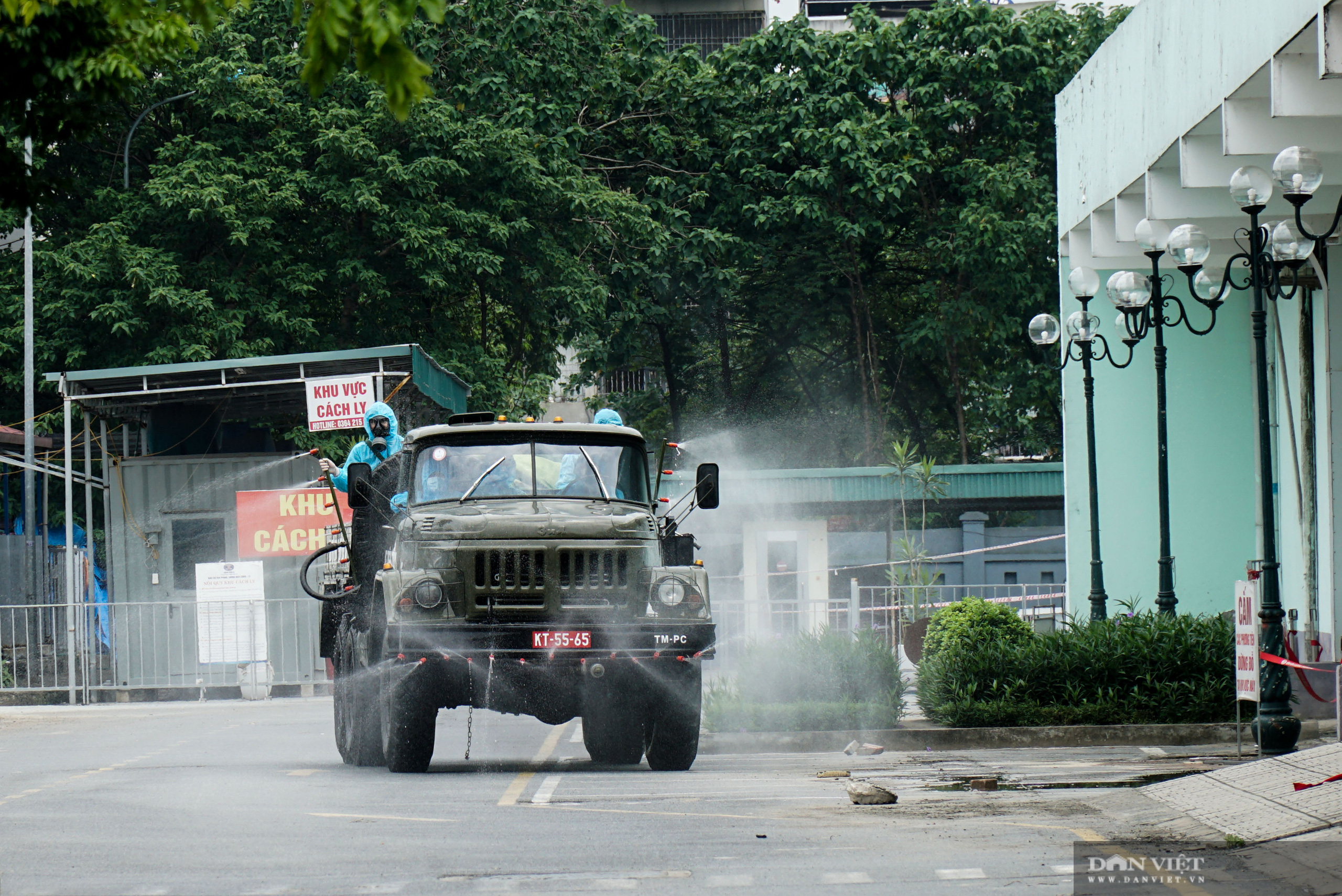 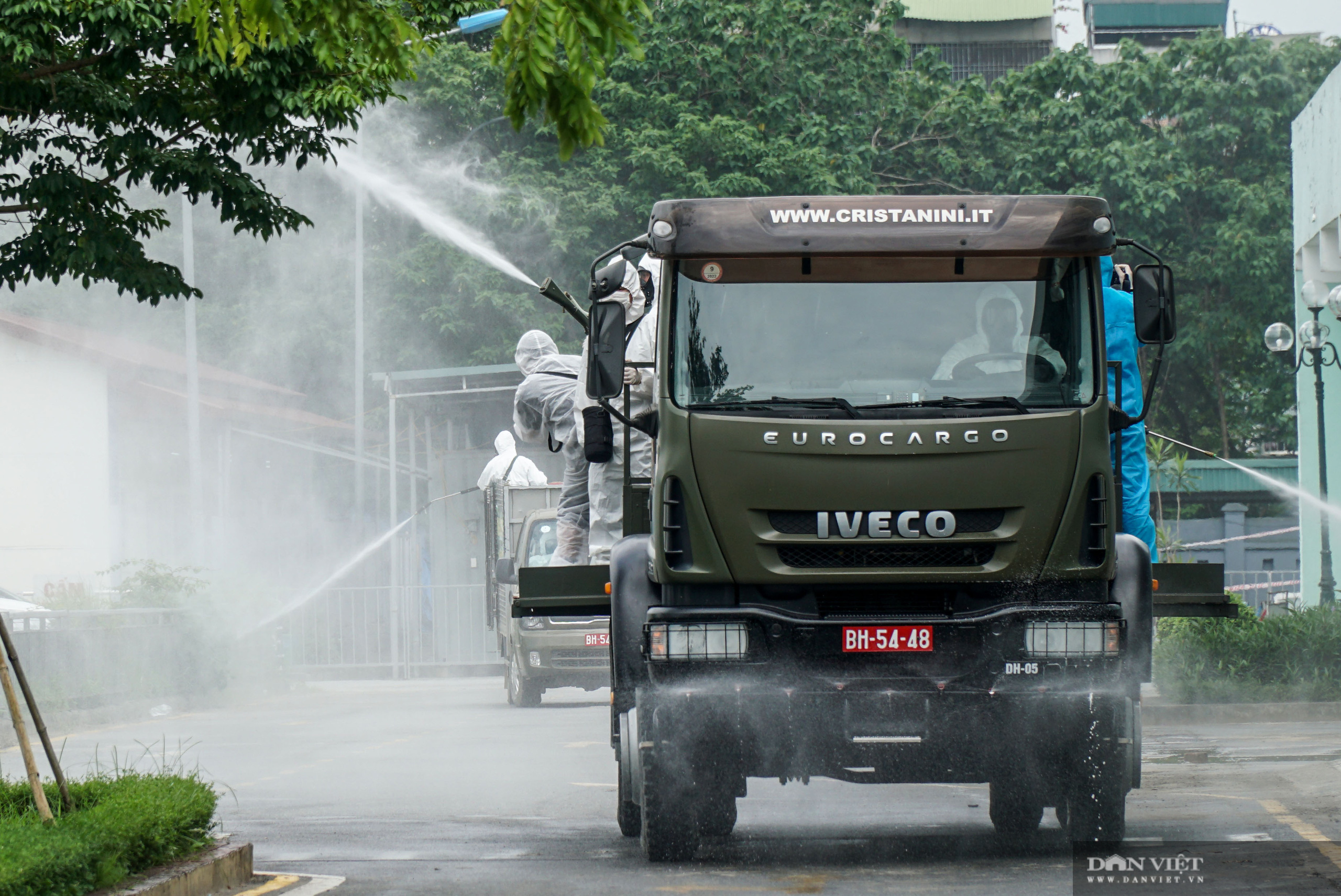 K Hospital branch in Tan Trieu Commune, Hanoi, is disinfected after 10 new cases are found on May 7. 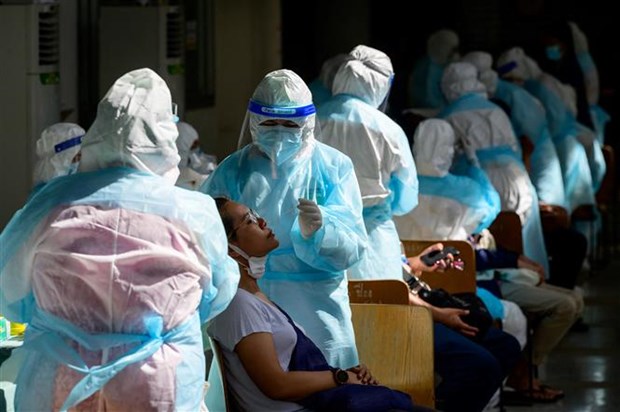 Thailand ’s Centre for COVID-19 Situation Administration (CCSA) on April 29 said that the country logged 1,871 new infections and 10 deaths in the past 24 hours, raising the national count to 63,570, with 188 fatalities.

To date, authorities in 73 out of the 77 provinces, including Bangkok capital, have asked people to wear face masks when going out, and imposed fines of up to 20,000 THB (640 USD) for violators.

In March, the number of new infections in Malaysia was down, standing at triple-digit number for the first time in over three months. However, the figure surged again when the restrictions were eased.

New outbreaks were detected in residential areas and schools, instead of workplace as in the previous resurgence. The Ministry of Health announced that 15 new fatalities in the past 24 hours brought the country’s death toll to 1,477.

Cambodia reported 698 new COVID-19 cases on April 28. There was only one imported case, while the remainders had links to the February 20 community incident.

Philippine President Rodrigo Duterte on April 28 announced that Manila and four surrounding areas of about 28 million people will be lockdown for other two weeks from May 1.

He urged the citizens to closely follow health guidelines to curb the spread of the pandemic.

Two of the four community cases are natives of northern Ha Nam Province and have been admitted to Ha Nam General Hospital while the two others are workers at Bac Thang Long Industrial Park in Hanoi and being treated at the National Hospital for Tropical Diseases.

These new cases took the total number of community transmissions in Vietnam to 1,584, of which 924 were detected after January 26.

The other patients registered on Friday afternoon included eight Vietnamese returning from Germany, the Philippines, Indonesia, one arrival at Moc Bai border gate in the southern province of Tay Ninh, and one Indian national, said the ministry.

Most of the deceased patients had suffered critical pre-existing conditions.

The health ministry added in Friday afternoon’s announcement that the result following genetic sequencing of four Indian COVID-19 patients’ samples in Vietnam by the National Institute of Hygiene and Epidemiology showed that they were infected with a coronavirus variant believed to be behind a devastating surge of the virus in India.

One Vietnamese citizen working at the hotel where this group of four were quarantined also caught the pathogen from them.