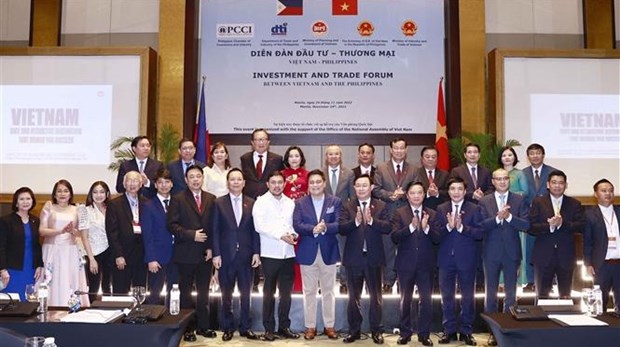 Manila (VNA) – Chairman of the Vietnamese National Assembly Vuong Dinh Hue on November 24 reiterated the goal of lifting two-way trade between Vietnam and the Philippines to 10 billion USD in a more balanced manner by 2026 when they celebrate the 50th anniversary of diplomatic ties.

Vietnam will continue to perform well in farm produce trade, ensuring a high and stable export of rice at reasonable prices while staying ready to import products of the Philippines' strength, he said.

The NA leader informed participants that under its 2021-2030 socio-economic development strategy, Vietnam has targeted rapid and sustainable development in the socio-economic and environment pillars. Despite the COVID-19 pandemic last year, the country still recorded one of the world's highest growths of 2.58%. Since early this year, its economy has made breakthrough recovery with quarter-on-quarter growth. About 8.3% of the total GDP have been used to help citizens and businesses recover from the pandemic. 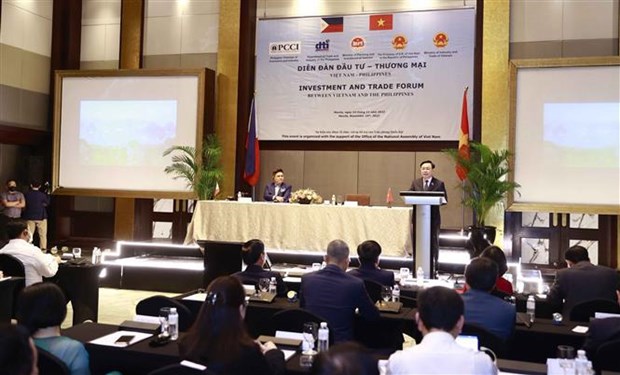 According to him, Vietnam has become one of the 20 countries with the world's biggest trade and an attractive business destination. The country now has investment relations with 141 countries and territories with 135,000 valid projects worth 435 billion USD. It has also been named among the best 20 FDI destinations in the world by the United Nations Conference on Trade and Development (UNCTAD).

The two Governments and legislatures will offer all possible support for investors and enterprises, he said, adding that the two economies are not competitive but supplementary to each other. So far, Vietnam has been the only strategic partner of the Philippines in ASEAN while their geographical distance is close.

President of the Philippine Senate Juan Miguel Zubiri, for his part, hailed Vietnam for its vibrant and pro-business environment. He said he fully supports the strengthening of economic, trade and investment ties with Vietnam.

In order to draw more FDI, the Philippines had reduced corporate income tax to 25% from 31%, which is applicable to Vietnamese firms, he added.

Deals on export-import of cement and clinker, and distribution of vaccines against African swine flu in the Philippines were also signed at the event. 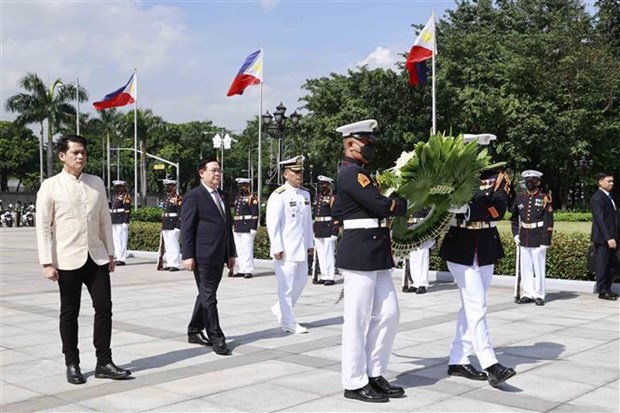 Vietnam, Philippines look toward 10 bln USD in trade by 2026 have 659 words, post on en.vietnamplus.vn at November 24, 2022. This is cached page on Talk Vietnam. If you want remove this page, please contact us.