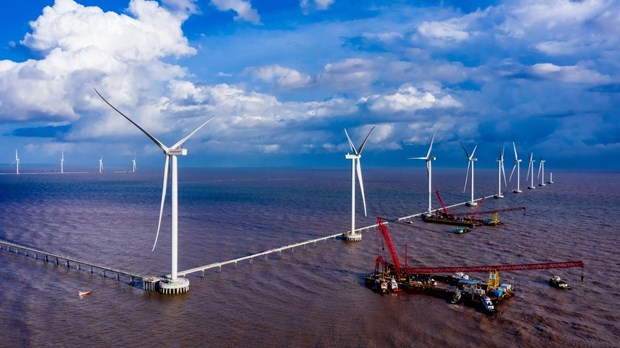 Hanoi (VNA) – Focusing all resources on developing the maritime economy holds great significance and is also the fastest way for the Mekong Delta provinces of Tra Vinh and Ben Tre to become rich and strong sea-based localities.

With a combined coastline of more than 130km, the two provinces have made the most of their potential and advantages to comprehensively develop the maritime economy, from aquaculture, fishing, aquatic product processing, and fisheries logistics services to sea tourism.

In recent years, Ben Tre province has focused on nearly 46,000 hectares of aquaculture, with a total output of more than 298,000 tonnes. Notably, the high-tech shrimp farming model in Ben Tre is developing strongly, with the area expanding continuously.

The province’s fishing is growing as well, with an output of about 210,000 tonnes a year. In addition, fisheries logistics services and infrastructure have improved, with three fishing ports and two storm shelters. 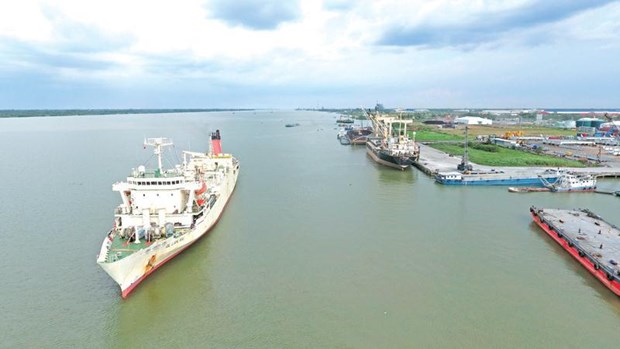 Meanwhile, Tra Vinh province can serve high-tonnage ships which enter the Hau River through the territory of Tra Vinh province to the East Sea, and Cai Cui port of Can Tho city. This helps Tra Vinh become a hub for international trade through sea transportation. Especially for agricultural products, Tra Vinh’s strength helps them easily access other Vietnamese localities, the Mekong sub-region countries and other ASEAN nations.

The province also has Dinh An economic zone, which is one of Vietnam's eight key coastal economic zones invested to bring into full play the potential of the maritime economy , promote socio-economic development and industrial growth of the locality in particular and the Mekong Delta in general.

In addition, Tra Vinh boasts many advantages in developing aquaculture and fishing, with nearly 34,000 hectares of fish farming and nearly 1,200 fishing boats.

Recently, both Ben Tre and Tra Vinh provinces have focused on developing renewable energies from the advantages of the sea. Wind power projects, put into operation, have also made important contributions to the development of the tourism sector, thus creating a highlight in their marine ecotourism. 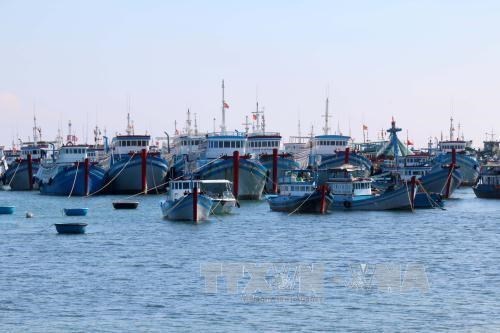 Meanwhile, Tra Vinh has approved the investment of nine wind power projects; in which five have been put into operation and connected to the national grid, with 79 wind turbines, and a total capacity of 320 MW.

In the coming time, the two provinces aim to achieve strong and sustainable maritime economic development, with focus on renewables, fisheries and tourism. They are striving to effectively adapt to climate change, protect the marine environment, prevent coastal erosion, and conserve and promote maritime ecosystems.

Tra Vinh has been selected by the Government as a key province for the development of both fisheries and international trade.

Currently, the province is calling for investment in projects of building a fish and shrimp processing factory with an annual capacity of 10,000 tonnes, a factory for preserving and processing aquatic products and seafood with a scale of 10,000 tonnes a year; an aqua feed processing factory with a scale of 20,000 – 30,000 tonnes per year; a high-tech brackish water shrimp farming project; a clam production and consumption linkage project in coastal alluvial areas; and another to raise ecological shrimp for export.

Similarly, Ben Tre aims to become one of the localities with strong and sustainable development in the matitime economy, focusing on developing renewable energy, fisheries and tourism by 2030, with a vision to 2045.

The province is taking drastic measures in researching and developing a coastal economic zone development project, in which one of the key tasks and solutions is to implement the project of sea encroachment and construction of a coastal road./.

Tra Vinh, Ben Tre develop sea-based economy have 759 words, post on en.vietnamplus.vn at October 4, 2022. This is cached page on Talk Vietnam. If you want remove this page, please contact us.