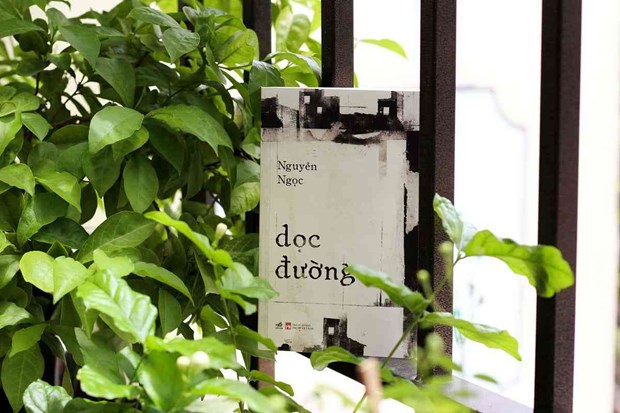 Hanoi (VNA) – A seminar on the Vietnam – France culture interference from the perspective of writer Nguyen Ngoc will be held by the French Institute in Vietnam and Nha Nam Culture and Communications Company on August 13.

In his miscellanea "Doc duong", including 34 articles and literary notes recently released, the writer highlights the culture interference between Vietnam and France in the early 20th century, and prominent intellectual figures of Vietnam in the period.

The early 2 0th century was a period of important historical movements, which witnessed the strong culture interference between France and Vietnam, and the coming into being of a generation of outstanding intellectuals such as Phan Boi Chau, Phan Chau Trinh, and Huynh Thuc Khang who approached both Eastern and Western cultures.

Ngoc’s work features articles related to his literary and cultural activities, and excerpts from his life memoirs.

Nguyen Ngoc (or Nguyen Trung Thanh) was born in 1932 in central Da Nang city, but he mainly lives in Hoi An ancient town of central Quang Nam province.

He is a famous writer, journalist, editor, translator, and cultural and educational researcher. He used to be the Editor of the Van nghe Quan doi (Military Arts and Literature) Magazine; Deputy General Secretary of the Vietnam Writers’ Association; and Editor-in-Chief of the Van Nghe ( Culture -Art) newspaper.

Seminar to spotlight Vietnam – France culture interference have 374 words, post on en.vietnamplus.vn at August 11, 2022. This is cached page on Talk Vietnam. If you want remove this page, please contact us.