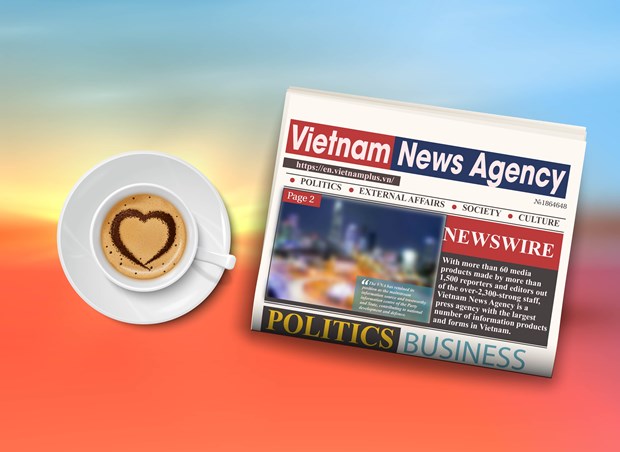 -Vietnam and Kazakhstan should enhance cooperation in areas of good potential such as agriculture, tourism and transportation, President Nguyen Xuan Phuc said at a reception for Kazakh Deputy Prime Minister and Foreign Minister Mukhtar Tileuberdi in Hanoi on August 18.

He spoke highly of the visit to Vietnam by the Kazakh official on the occasion of the 30th anniversary of bilateral diplomatic ties, and noted his belief that the visit will contribute to consolidating and promoting the traditional friendship and cooperation between the two countries. Read full story

PM Chinh suggested the two sides further promote the exchange of delegations at all levels, and support each other at multilateral forums and international organisations, particularly the United Nations and the Conference on Interaction and Confidence Building Measures in Asia (CICA). Read full story

-Vietnamese Minister of Foreign Affairs Bui Thanh Son held talks with the Kazakh Deputy Prime Minister and Foreign Minister during which the two top diplomats compared notes on measures to foster cooperation between the two countries.

Son viewed Tileuberdi's Vietnam visit, which was made from August 17-18 on the occasion of the 30th founding anniversary of diplomatic ties, as momentum to strongly beef up traditional friendship and multi-faceted cooperation between the two countries. Read full story

Addressing the function, Hue stressed that over four days, the committee has completed the agenda for the session, making comments on eight bills and one resolution project containing legal regulations. Read full story

-Vietnam Social Security (VSS) said as of August 18 its branches in provinces and cities had paid out 689 billion VND (29.4 million USD) to support more than 243,000 labourers affected by the COVID-19 pandemic.

The allocation was pursuant to the National Assembly (NA) Standing Committee's Resolution No. 24/2022/UBTVQH15 on continuing to provide financial support for employees under its Resolution No. 03/2021/UBTVQH15 adopted earlier on support policies for employers and employees hit by the pandemic, using the Unemployment Insurance Fund. Read full story

-The Vietnamese office of the international child-focused agency World Vision on August 18 held a workshop in Hanoi to kick off its Against Child Exploitation (ACE) project in the country.

Funded by the US Department of Labour, the 2.4 million USD project aims to strengthen the capacity of the Vietnamese Government to address Worse Forms of Child Labour (WFCL), including Online Sexual Exploitation of Children (OSEC), and violations of acceptable working conditions. Read full story

-The Investigation Security Agency under the Ministry of Public Security on August 18 arrested Nguyen Tien Than, an official at the Government Office's department of international relations, to investigate the act of "taking bribes" in line with Article 354 of the Penal Code.

The arrest is in connection with the case of “giving and taking bribes” at the Ministry of Foreign Affairs’ Consular Department, in Hanoi and other province and cities. Read full story

Indochina Kajima had announced a pipeline of 20 hotels within seven years, with the first – Wink Hotel Saigon Centre – inaugurated in Ho Chi Minh City last year, and two others to be put into operation in the fourth quarter of 2022 and the second quarter of 2023 in the central city of Da Nang. Read full story

-Namaste Vietnam Festival 2022 opened in the south-central province of Khanh Hoa on August 18 night to celebrate the 75th anniversary of India's Independence Day and the 50th founding anniversary of Vietnam-India diplomatic ties.

Organised by the Indian Consulate General in Ho Chi Minh City and the People's Committee of Khanh Hoa province, the festival will last until August 20 with various activities like art performances, exchanges with Indian artists and lamp lighting – a traditional Indian ritual praying for peace, happiness and prosperity. Read full story /.

☀️ Morning digest on August 19 have 820 words, post on en.vietnamplus.vn at August 19, 2022. This is cached page on Talk Vietnam. If you want remove this page, please contact us.