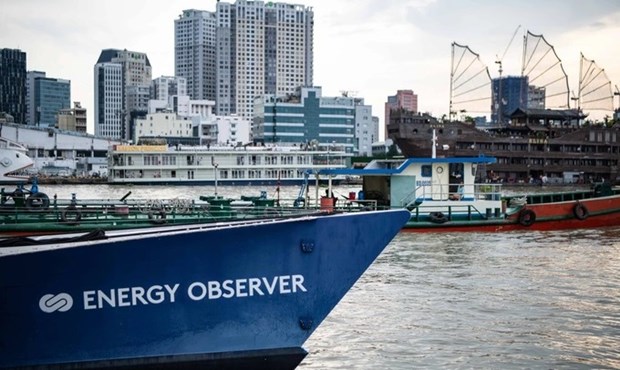 Hanoi (VNA) – Energy Observer – the world's first hydrogen-powered , zero-emission vessel that is self-sufficient in energy – continues its journey in Southeast Asia, with the 73rd stopover of its round-the-world Odyssey being in Ho Chi Minh City, Vietnam.

Arriving in the Vietnamese southern hub on June 22, the crew plans to present the ship’s autonomous zero-emission system to several hundred visitors, decision-makers, students and school children in collaboration with the French Consulate in the city.

Setting sail from its port of registry of Saint Malo in 2017, Energy Observer has already covered over 50,000 nautical miles, made 72 stopovers, 16 of which have been with its travelling pedagogical village, and visited over 40 countries.

Born out of a legendary catamaran whose many accolades include being the fastest sailboat around the world with Sir Peter Blake, Energy Observer is a laboratory for ecological transition designed to push the envelope concerning zero-emission technologies.

From hydrogen to sun, wind, and tidal power, all solutions have been experimented with, tested, and optimised to make clean energies a practical reality accessible to all. 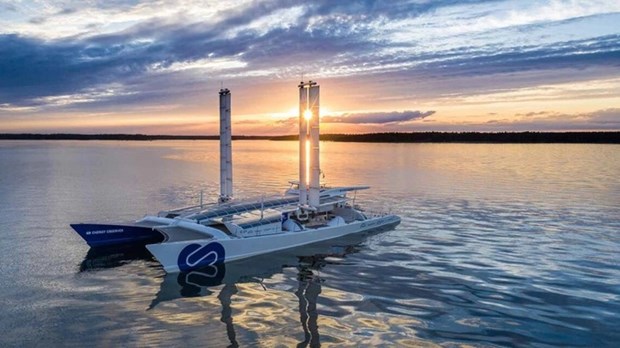 The main missions of the Energy Observer expedition consist of accelerating transition through innovation by demonstrating how well the onboard technologies and energy mix work in extreme environments and how they can be duplicated on a wider scale both on land and at sea.

In February 2021, the Vietnamese government released a draft of the country’s national power development plan for 2021 to 2030. The plan expands current wind and solar capacity and prioritises enhancing grid infrastructure to ensure stable operation with a higher share of renewables.

Currently, more than half of the country’s electricity generation comes from coal, and about 20% from hydroelectric generation. Other renewable sources account for 5% of Vietnam’s electricity. This share of non-hydro renewables is expected to reach 25% by 2030, and up to 42% by 2045./.

World’s first zero-emission boat visits HCM City have 559 words, post on en.vietnamplus.vn at June 24, 2022. This is cached page on Talk Vietnam. If you want remove this page, please contact us.