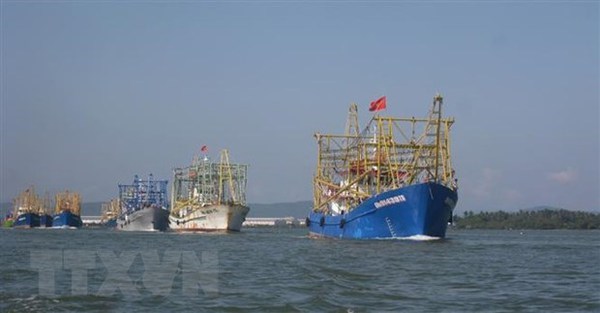 Spokeswoman of the Ministry of Foreign Affairs Le Thi Thu Hang made the remarks during a press briefing in Hanoi, in response to a reporter's query about Vietnam's reaction to the announcement from the Department for Ocean Affairs of Hainan province (China) about a June 19 drill in the waters within 12 nautical miles from Phu Lam (Woody) island belonging to Vietnam's Hoang Sa archipelago.

The military drill "goes against the spirit of the Declaration of the Conduct of Parties in the East Sea (DOC), complicates the situation, is not conducive to the ongoing negotiations between China and the Association of Southeast Asian Nations (ASEAN) on a Code of Conduct in the East Sea (COC), and does not help maintain a peaceful, stable, and cooperative environment in the East Sea," Hang said.

The spokeswoman stressed that Vietnam strongly opposes and demands that China respects Vietnam's sovereignty over the Hoang Sa archipelago and not repeat such violations.

Hang also stated Vietnam's viewpoint on the Japanese media's reports about the Japanese Government's sending an appeal to the United Nations Commission on the Limits of the Continental Shelf, in reaction to China's intention to turn the East Sea into its 'internal waters', as well as Japan's willingness to stand with Southeast Asian countries, Europe and the US against China in the East Sea issue.

She said Vietnam's stance has clearly stated in the diplomatic note No.22/HC-2020 dated March 30, 2020 circulated in the United Nations, in which Vietnam affirms its sovereignty over the Hoang Sa (Paracel) and Truong Sa (Spratly) archipelagos in accordance with international law, as well as its sovereignty, sovereign rights, and jurisdiction over the waters as provided by the 1982 United Nations Convention on the Law of the Sea (UNCLOS). 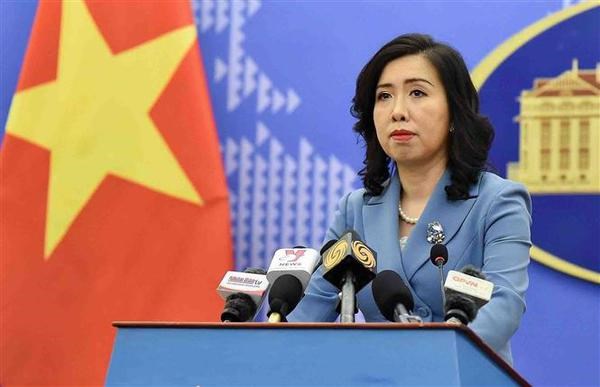 Vietnam believes that countries share the common aspiration and goal of maintaining and promoting peace, stability, cooperation, and development in the East Sea, and settling disputes based on international law and the 1982 UNCLOS, the spokeswoman said.

"Vietnam has always made active and responsible contributions to this process," Hang added./.

Vietnam denounces China's military drill, asserts sovereignty over Hoang Sa archipelago have 598 words, post on en.vietnamplus.vn at June 23, 2022. This is cached page on Talk Vietnam. If you want remove this page, please contact us.