Hanoi (VNA) – Vietnam and Hungary are looking to step up bilateral partnership in multiple areas and the effective implementation of the EU-Vietnam Free Trade Agreement ( EVFTA ) during National Assembly Chairman Vuong Dinh Hue's official visit to Hungary from June 26 – 28.

Vietnam and Hungary established diplomatic relations on February 3, 1950 and lifted their ties to comprehensive partnership on the occasion of a visit by Party General Secretary Nguyen Phu Trong to the European nation in 2018.

The bilateral ties have seen considerable progress since then, with the two sides closely and effectively coordinating and supporting each other at multilateral parliamentary forums.

Hungary has been very active in pushing for the ratification of the EU-Vietnam FTA. It was also the first among EU member states to ratify the EU-Vietnam Investment Protection Agreement (EVIPA).

The Government of Hungary has donated 256,000 COVID-19 vaccine doses and 100,000 rapid test kits to help Vietnam battle the pandemic. It has also transferred 400,000 vaccine doses to Vietnam under a non-profit mechanism. 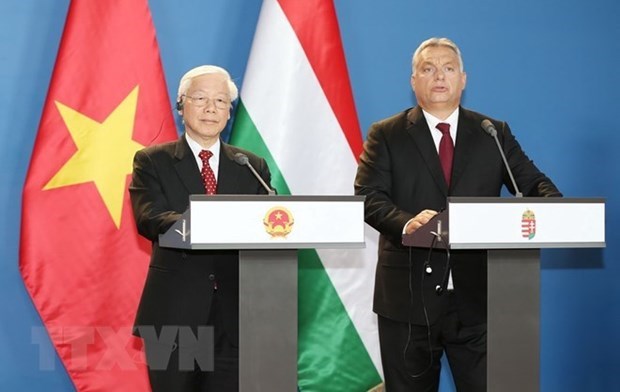 Hungary has been the largest provider of scholarships for Vietnamese students among EU nations. It is taking necessary steps to establish a Hungarian cultural centre in Hanoi.

It has been committed to providing Vietnam with ODA loans worth 440 million EUR for the implementation of a number of priority projects in Vietnam, including the construction of a cancer hospital in the Mekong Delta city of Can Tho which receives special attention from the Government and National Assembly of Hungary.

The two parliaments have also maintained the exchange of high-ranking delegations, sharing of experience and exchanges between their committees and parliamentary friendship groups, along with close coordination at regional and international inter-parliamentary forums like AIPA, AIPA, IPU, APPF, ASEP or APF. 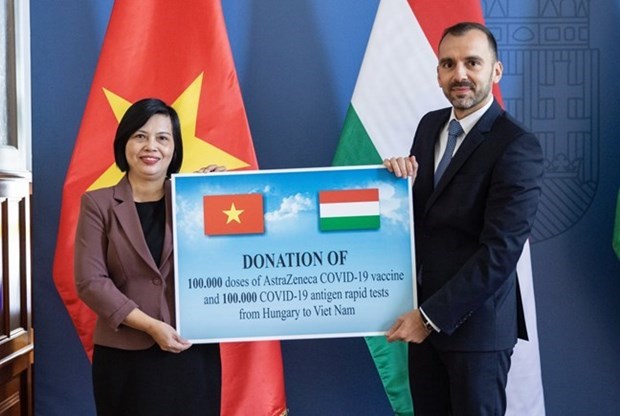 The visit also demonstrates high political determination of each side to maintain and elevate their parliamentary cooperation, with a new cooperation agreement for the next period of time expected to be signed in replace of the old one inked in June 2008, to make it more relevant to the current status of the bilateral ties and the new situation, he said.

During the visit, the two countries also expect to bolster bilateral ties in the fields of economy, trade-investment, healthcare, culture, education-training; accelerate talks and signing of several agreements; and push for the adoption of a number of projects funded by ODA from Hungary./.

Top legislator’s visit to deepen comprehensive partnership with Hungary have 714 words, post on en.vietnamplus.vn at June 24, 2022. This is cached page on Talk Vietnam. If you want remove this page, please contact us.