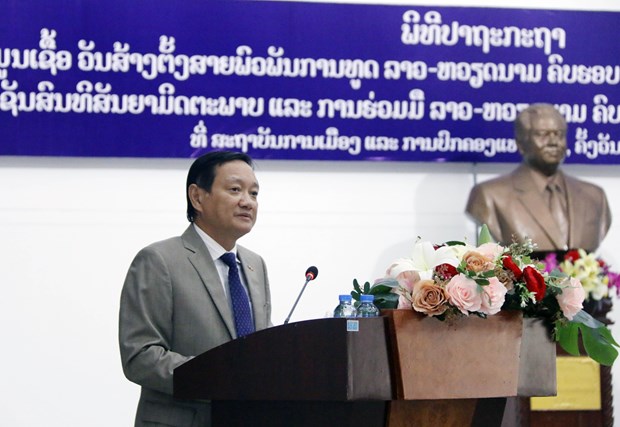 Vientiane (VNA) – Stories about Vietnam and Laos 's traditional relations were shared with young people at a talk held by the Lao National Academy of Politics and Public Administration in Vientiane on June 24.

Director of the academy Phouvong Ounkhamxeng, who is also a member of the Lao People's Revolutionary Party Central Committee, told Vietnam News Agency that the talk aimed to help young Lao people gain a better understanding of the two countries' special relations in order for them to uphold and develop bilateral ties.

Speaking at the event, Vietnamese Ambassador to Laos Nguyen Ba Hung said the countries' special relations were founded by then Presidents Ho Chi Minh and Kaysone Phomvihane and have been nurtured by generations of their leaders and people. Braving various challenges throughout history, Vietnam – Laos relations have become a rare exemplary and faithful example.

The establishment of bilateral diplomatic ties 60 years ago was an extremely significant event in the countries' relations, setting a milestone in their great friendship, special solidarity, and comprehensive cooperation. Since then, the two nations' destinies have become intertwined, and their peoples have become comrades on all fronts, according to Hung. 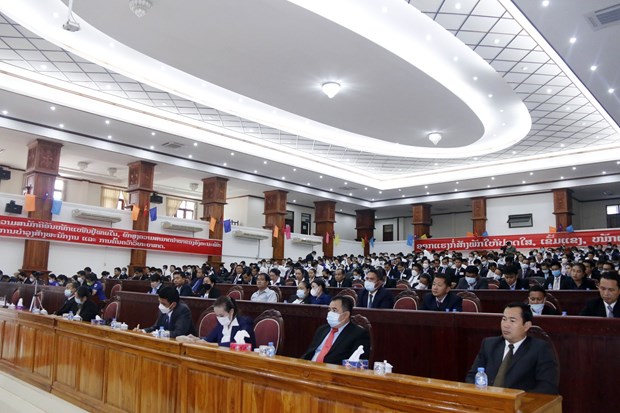 Participants in the talk (Photo: VNA)

Meanwhile, the signing of the Vietnam – Laos Treaty of Friendship and Cooperation on July 18, 1977 created an important political and legal foundation for consolidating the countries' solidarity and special ties, he said, noting that it marked a new turning point in bilateral relations.

The ambassador stressed that over the 60 years of diplomatic ties and 45 years since the treaty was signed, the special solidarity and comprehensive cooperation between Vietnam and Laos has been reinforced, reformed and developing intensively, practically contributing to national development and defence in each country.

However, Hung pointed out problems in bilateral economic cooperation that has yet to match the countries' political ties, potential, and strengths. He also gave several recommendations to help deal with those shortcomings./.

Talk gives young Lao people insight into traditional relations with Vietnam have 555 words, post on en.vietnamplus.vn at June 24, 2022. This is cached page on Talk Vietnam. If you want remove this page, please contact us.