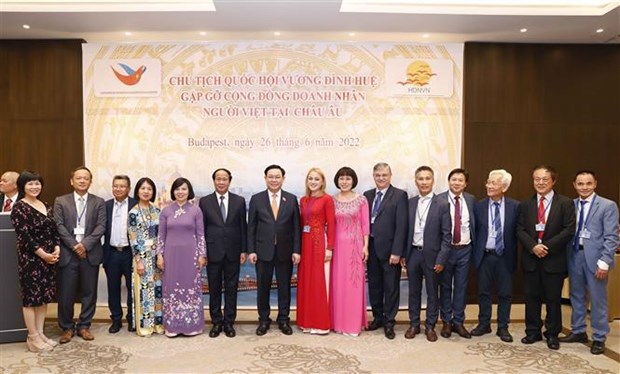 Hoang Manh Hue, President of the Union of Vietnamese Business Associations in Europe, said that the community has made great strides in recent years, with encouraging successes, and become an effective bridge between the Vietnamese and European markets.

They not only import a lot of commodities from Vietnam into the European market and the supply chain of businesses in the host countries, but also have been very successful in building a stable and efficient business model in accordance with the host countries' laws, he added.

NA Chairman Hue said that Vietnamese enterprises in Europe play an important role in introducing and selling Vietnamese products and developing distribution channels for them in foreign markets.

The Party and State appreciate the coordination of the overseas Vietnamese community, with the entrepreneur association playing a core role, in helping Vietnam fight the COVID-19 pandemic, he said.

Informing participants on the domestic situation, the NA Chairman stated that Vietnam is among the few countries that have overcome crises. 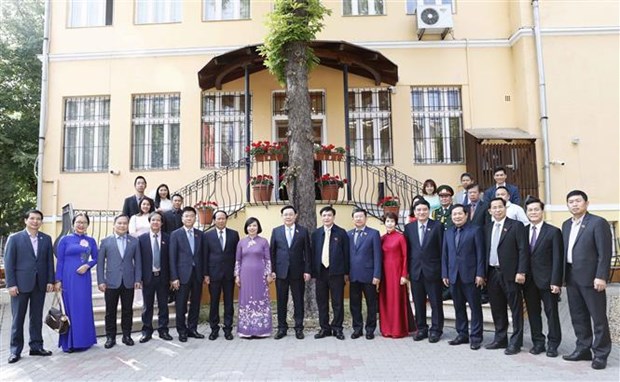 He affirmed that the Party and State always pay attention to and consider the overseas Vietnamese community as an integral part, a resource of the ethnic community and an important factor contributing to strengthening the cooperation and friendship between Vietnam and other countries./.

NA Chairman meets Vietnamese enterpreneurs, people living in Hungary have 562 words, post on en.vietnamplus.vn at June 27, 2022. This is cached page on Talk Vietnam. If you want remove this page, please contact us.