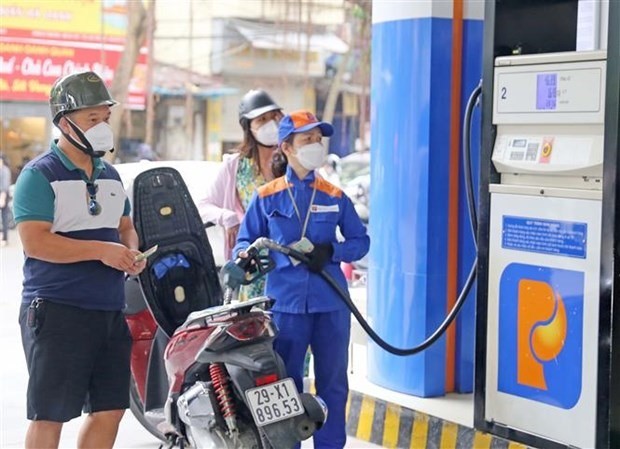 Since the beginning of the year, gasoline prices have fluctuated greatly. What measures has the MoF introduced to stabilise petrol prices?

World petroleum prices have had complicated fluctuations from the beginning of 2022 until now, due to the recovery of large economies in the world along with impacts from the Russia-Ukraine conflict and Covid-19 pandemic.

The MoF, a price managing agency of the Government, is very worried about the impact of increased gasoline prices on controlling inflation in 2022.

To stabilise gasoline prices and minimise the negative effects of the petrol price increases, the ministry has recommended that Government and the National Assembly Standing Committee reduce some kinds of tax imposed on gasoline products.

The ministry has submitted proposals to the National Assembly and the Government to reduce the environmental protection tax rate by 50 percent for jet fuel, gasoline (except ethanol), diesel oil and lubricants, and by 70 percent for kerosene.

This reduction of environmental protection tax will reduce the domestic oil and petrol prices by between VND770 and VND2,200 per litre, depending on each product.

However, after the tax reduction, world gasoline prices have continued the increasing trend. Therefore, the ministry now proposes to further cut the environmental protection tax to the floor level for gasoline, oil and grease products.

Meanwhile, this tax for kerosene is unchanged as it has already stood at the floor level of VND300 per litre.

This further reduction of environmental protection tax will take domestic gasoline and oil prices down by between VND550 and VND1,100 per litre, depending on each product. The retail price will decrease by VND1,100 per litre for petrol, VND550 for diesel oil, and VND770 per kilo for mazut oil.

According to MoF, this reduction in environmental protection tax will reduce State budget revenue by about VND7 trillion this year. However, along with the recovery of the economy after controlling the pandemic, the overall State budget revenue has so far this year reached more than 60 per cent of the estimate. Therefore, in the general balance, the State budget will be still ensured.

Initially, the Government will submit proposals to the National Assembly Standing Committee to reduce the environmental protection tax for petrol and oil products this year. By the end of 2022, the ministry will re-evaluate the overall situation of gasoline prices and assess whether further changes are needed or not. 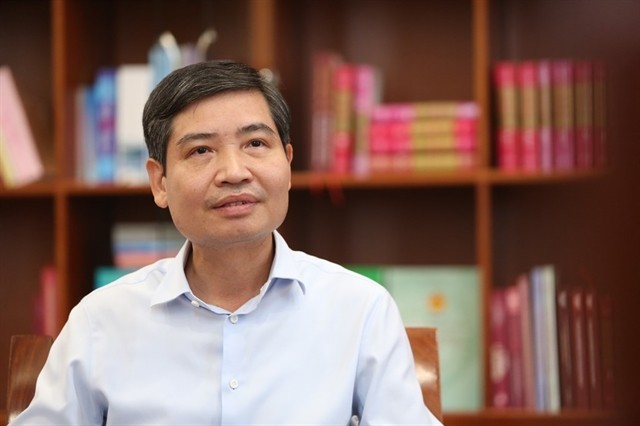 Deputy Minister of Finance Ta Anh Tuan How will the petroleum price stabilisation fund operate in the future?

Following the direction of the Government, the Ministry of Finance is drafting an amendment to the Law on Prices on the principle of implementing market rules. We are consulting ministries, sectors, localities and relevant individuals on the revised Price Law.

In the current revised price law draft, the MoF has removed the price stabilisation fund method from the law to consult relevant organisations and individuals. After that, the ministry will report to the Government and the National Assembly to amend the Law on Prices.

To be consistent with market rules, we must ensure that the prices of petrol and oil are following market rules. Besides that, we need to use other price stabilisation principles, such as supply, demand and taxes to stabilise petrol, which is a strategic commodity.

Facing the sharp increase in gasoline prices, it was suggested that it is necessary to increase petroleum reserves to stabilise the domestic market for a long period. What do you think about this idea?

To ensure price stability as well as the reserves of strategic commodities such as petrol and oil, Việt Nam needs to increase its petroleum reserves.

The MoF and the Ministry of Industry and Trade have studied to increase the State’s petroleum reserves, along with the reserves of enterprises.

In the future, Vietnam should move toward international cooperation in petroleum reserves to cope with great fluctuations in the global oil market.

Countries can cooperate and Japan has proposed to work with ASEAN countries, to jointly reserve petroleum. When there is a common petroleum reserve for regional countries, the reserve potential of the member countries will also increase.

MoF proposes further cut to environmental protection tax for petrol have 968 words, post on www.sggpnews.org.vn at June 23, 2022. This is cached page on Talk Vietnam. If you want remove this page, please contact us.