Cổ Loa Temple is one of the relics that has attracted the city’s attention to invest in its preservation. Photo nhandan.vn

Hà Nội’s recent decision to mobilise vast financial sources to protect its heritage sites is promising to blow a new breath of life into hundreds of historical and cultural monuments after many years of effort without success.

The capital city’s authorities have pledged to boost the public investment plan for 2021 – 2025 by pouring over VNĐ14 trillion (US$602 million) into restoring and embellishing a total of 579 relic sites in the area.

According to the municipal People’s Council, the sum is a significant part of its financial supplementation plans for a five-year term and the allocation for 2022, including investment plans in building and renovating public schools, upgrading the health system, as well as restoring and upgrading heritage sites from 2022 to 2025 and the following years.

Vice Chairman of the Hà Nội People’s Committee Chử Xuân Dũng said the relic restoration was one of the city’s three major investment plans for 2021-2025.

The city authority requested departments, agencies and localities to focus on the plan not merely as construction works, but they should be “cautious” as it contains “cultural and spiritual elements”, the official said.

This time, with such a huge sum of investment, the plan will focus on preserving cultural, historical and architectural values of relics hundreds of years old, which will create motivation for the promotion of heritage and attract tourists to the city.

However, as the workload is large, it requires scientific and cautious participation from the whole authority system, related departments, agencies, and residents.

“Since it is a large plan with numerous amounts of work, the city will establish a Steering Committee for management of renovation and promotion of the relics’ value to create a common consensus to carry out regular inspections, supervision and assistance during the process,” Dũng said.

Among the total restoration investment, nearly VNĐ5.7 trillion will be for 58 relics, including world heritage sites, special national sites, and those of the resistance wars.

The city is expected to support VNĐ8.35 trillion for districts and towns to restore and embellish local historical and cultural heritage sites in 2021-2025 and the following years.

Leading the country in the number of historical-cultural relics and scenic spots, Hà Nội always faces difficulties and challenges in conserving and upgrading heritage sites. 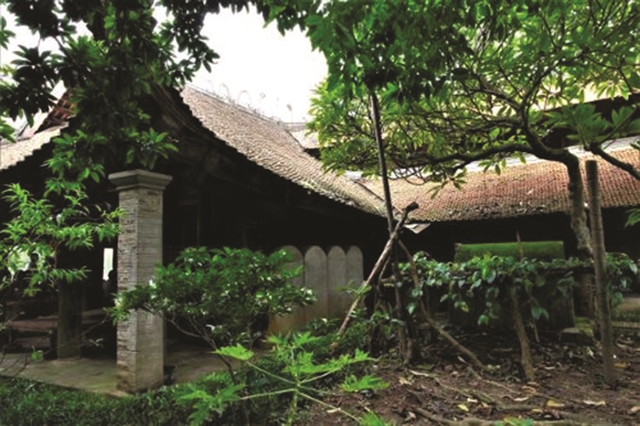 The city’s culture authority reported that many relics in the area had been seriously degraded during 2013-2020, but localities lacked adequate resources and funding for preservation and restoration.

The local Management Board for Heritage Sites and Scenic Landscapes revealed one-third of the city’s 5,922 sites are currently under threat of deterioration, with some even suffering from serious destruction. This requires thousands of billions of đồng to preserve and upgrade.

Tre Pagoda, for example, in Tân Dân Commune, Phú Xuyên District, is in danger of collapsing at any time and the tile roof system is broken or displaced. However, residents have temporarily reinforced it by covering it with corrugated metal sheets to prevent rain and storms from hitting the main shrine and by hanging warning signs on the front door.

Another relic, Cổ Chế communal house in Cổ Chế Village, also in Phú Xuyên, is in danger of collapsing. However, it has been temporarily roofed with sheet metal to minimise the impact of the weather.

Phương Châu Temple in Ba Vì District has seriously deteriorated, so local ceremonies have been postponed to ensure safety. 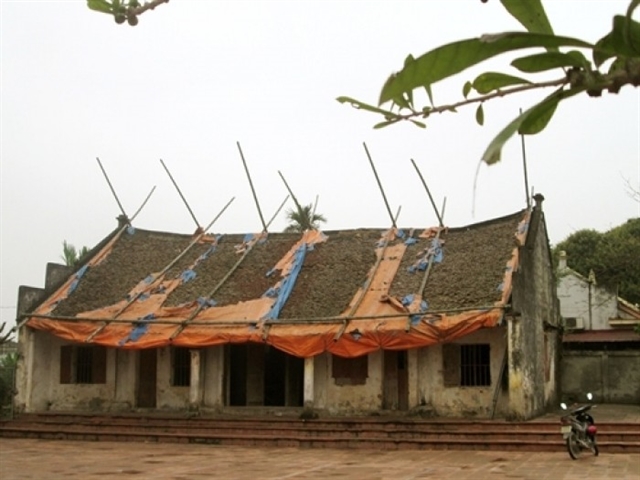 UNDER THREAT: Cổ Chế communal house in Cổ Chế Village, Phú Xuyên District, is also in danger of collapsing due to the impact of weather. — Photo laodongthudo.vn

To efficiently protect the relics, the capital’s cultural sector has been promoting the participation and financial contributions from the whole of society, while striving to find efficient solutions in managing such resources.

Along with the city budget, the mobilisation of social resources is considered necessary, according to the board.

The Head of the management board, Nguyễn Doãn Văn, said that since 2013, the city  had a resolution on encouraging investment and mobilising resources for voluntary contributions to the conservation and restoration of the relics.

In 2020 alone, the city authority mobilised nearly VNĐ468 billion from socialisation, of which much had been contributed by districts such as Hoài Đức with VNĐ79.7 billion, Gia Lâm with VNĐ156 billion, Hòang Mai with VNĐ69.4 billion, and Tây Hồ with VNĐ28 billion, Văn said. 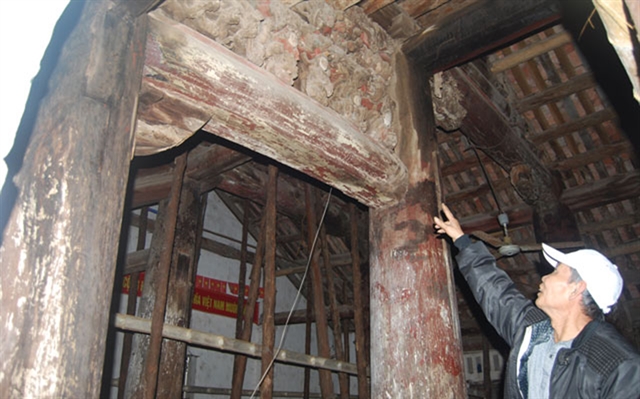 Public donations in renovating and upgrading relics are one of the essential solutions to sustainably preserving cultural and historical heritage sites.

However, according to Văn, in addition to extra resources, more solutions should be carried out to boost the efficiency in the use of investment capital, ensuring the intact preservation of heritage values.

The Chairman of the Việt Nam Cultural Heritage Association, Prof Đỗ Văn Trụ recommended that Hà Nội’s cultural sector strengthen advocacy for local people so that they can take their responsibilities and have the right to preserve and promote the value of the city’s heritage sites.

The expert urged for further strengthening inspection and handling of violations in renovation activities, encouraging media involvement and a monitoring role among residents. VNS

COMMUNAL COURTYARD: Phương Châu communal house dates back to the late 17th century. It is a place for the worship of the two local mountain god brothers Cao Sơn and Quý Minh. The house was ranked as a National Heritage in 1999. Photo 360.hncity.org

Investment ready for Hà Nội's relic restoration have 1297 words, post on vietnamnews.vn at June 26, 2022. This is cached page on Talk Vietnam. If you want remove this page, please contact us.