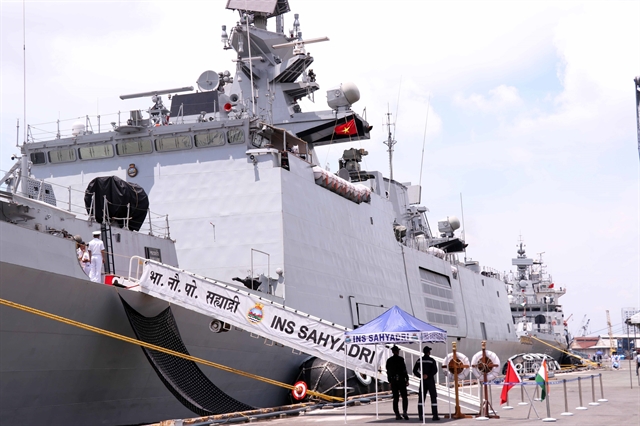 The visit by the INS SAHYADRI and INS KADMATT is part of bilateral defence cooperation activities to enhance ties between the two navies and also mark the 50th anniversary of the countries' diplomatic relations this year.

Addressing a press meeting held on INS SAHYADRI, Rear Admiral Sanjay Bhalla, Commander of the Indian Navy's Eastern Fleet and head of the delegation, said the friendship trip to HCM City held great significance as it took place on the occasion of the 50th anniversary of India – Việt Nam diplomatic ties and the fifth anniversary of their comprehensive strategic partnership.

Speaking highly of their growing bilateral relations, including defence cooperation, he said the two countries shared a common viewpoint on the importance of maintaining peace, stability, security, safety and freedom of navigation and overflight in the South China Sea, along with the peaceful settlement of disputes on the basis of international law, including the 1982 UN Convention on the Law of the Sea (UNCLOS). — VNS 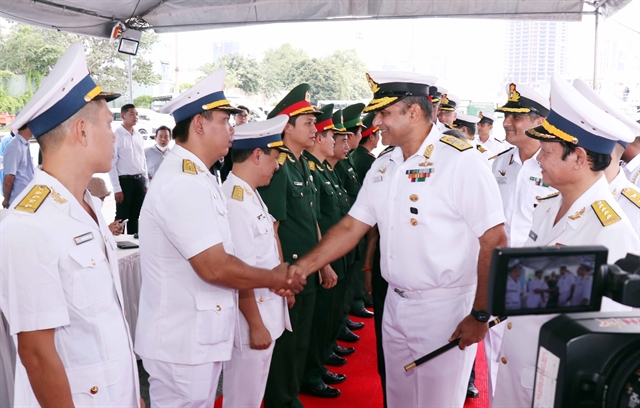 Indian Navy's frigates start three-day visit to HCM City have 565 words, post on vietnamnews.vn at June 24, 2022. This is cached page on Talk Vietnam. If you want remove this page, please contact us.