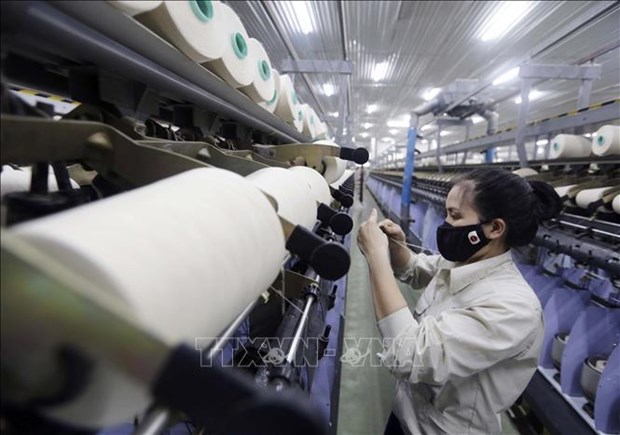 It wrote that with export and consumption recovery, the Vietnamese economy rebounded strongly in Q2, with gross domestic product (GDP) increasing 7.72% year on year – the fastest pace in almost 11 years.

This is expected to boost the GDP growth in the first half of 2022 to 6.42% from a year earlier, beyond the Government's 5.5% expectation. The country recorded a growth rate of only 2.04% in the same period last year.

Unveiling the statistics on June 29, the General Statistics Office (GSO) of Vietnam stressed that compared to other ASEAN members and countries in the world, this is a relatively high growth rate, and that the country has also maintained macro-economic stability, according to Lianhe Zaobao.

Meanwhile, Bloomberg said underpinning the recovery has been the government's 15 billion USD worth of fiscal stimulus, and an easy monetary policy. That's helped boost the competitiveness of the Southeast Asian nation which is emerging as an attractive alternative destination for foreign investment.

The GSO also warned that Vietnam's economy may face many challenges in the latter half of the year such as inflation, global political uncertainties, and pandemic aftershocks.

A World Bank report released earlier this month recommended the country stay vigilant against inflation risks such as surging fuel and import prices which may hamper the recovery trend of domestic demand./.

Hong Kong daily spotlights Vietnam’s impressive growth have 457 words, post on en.vietnamplus.vn at June 30, 2022. This is cached page on Talk Vietnam. If you want remove this page, please contact us.