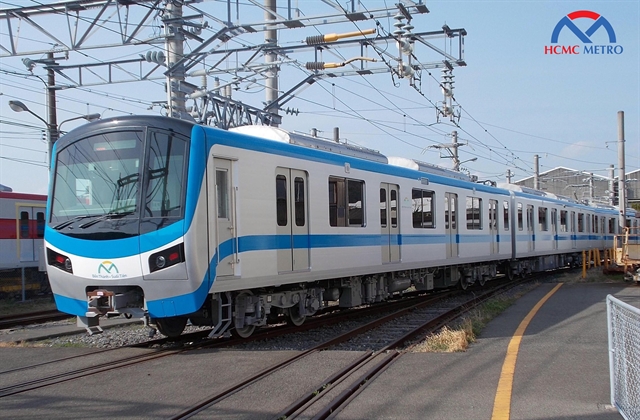 HÀ NỘI — Hồ Chí Minh City Urban Railways No.1 Company Limited, which has run out of money for its operation, has sent a document to the Government Office asking for the Prime Minister’s permission to let the People's Committee of the HCM City make an advance payment for the company's operating costs.

The State-owned company, the operator of the Bến Thành – Suối Tiên metro line that will be put into commercial operation late next year, was established in 2015.

Under a project establishing the company, it is allocated a budget to ensure its operation in the period it has no revenue because the metro line is yet to be commercially operated.

The company was given a charter capital of VNĐ14 billion (US$602,000) to purchase basic office equipment, but the operating cost has not been allocated.

Therefore, the company had to use the charter capital to cover operating costs.

After seven years, the charter capital has run out, and the company has had no money to pay salaries since February 2022. It has also suspended making insurance payments for its employees since July 2021.

In a related move, at the end of 2021, the People’s Committee proposed to the Prime Minister to approve the use of the city budget to allocate funds to ensure the company’s operation.

In February 2022, the planning and investment ministry sent a written request to instruct the People’s Committee to submit the Government for permission to supplement charter capital to ensure the company's operation before the metro line is put into commercial operation.

However, the Ministry of Finance told the People's Committee to balance the city budget or use other lawful sources of capital to allocate funds for the company's operation before the metro line is put into commercial operation.

Because the two ministries have different guidelines, the committee has not been able to fix the problem.

Additionally, the committee said it would take a very long time to follow the instructions of the two ministries, while the demand for capital of the company was urgent.

The company is the core force. Its operation needs to maintain stability. The company must have enough financial resources to recruit and supply personnel before the metro line is officially operated, the committee said.

Therefore, the committee asked for the Prime Minister’s approval of advance payment made by the committee for the company's operating costs. The company must gradually repay the advance when the metro line is put into commercial operation.

The metro line construction started in 2012 with a total investment of over VNĐ43.7 trillion (US$1.88 billion). The line has a length of nearly 20km, connecting Bến Thành Market in District 1 and Suối Tiên Theme Park in Thủ Đức City.

The construction of the metro line is 91 per cent complete. The line will start trial operations by December 31 this year and will officially be put into commercial operation late next year. — VNS

HCM City metro company out of operational funds, requests Government help have 708 words, post on vietnamnews.vn at June 24, 2022. This is cached page on Talk Vietnam. If you want remove this page, please contact us.