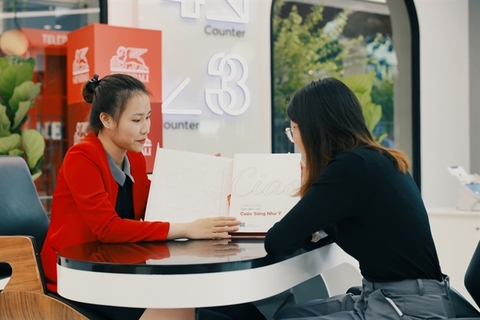 Insurer Generali posted positive growth in the first quarter of this year, highlighted by gross written premiums increasing by 6.1 per cent to 22.3 billion euros (US$23.4 billion).

In its latest announcement, the company confirmed that "business development in the most profitable segments demonstrates the group's ability to consistently generate value, while maintaining a solid and industry-leading capital position."

Operating results rose to 1.6 billion euros ($1.7 billion), up by 1.1 per cent, thanks to the positive performance of the life, property and casualty (P&C), holding and other businesses segments.

The life segment showed an increase in its operating result by 7.2 per cent and confirmed excellent profitability, with the new margin at 4.94 per cent.

The operating result of the P&C segment was positive with a growth of 1.2 per cent, thanks to the contribution of the Cattolica group. The combined ratio stood at 90.4 per cent, increasing by 2.2 percentage points, mainly reflecting a higher loss ratio.

Generali Group CFO Cristiano Borean commented: “The results for the first quarter confirm the excellent performance of Generali, despite a context characterised by uncertainty due to the conflict in Ukraine. The business development in the most profitable segments demonstrates the group's ability to consistently generate value, while maintaining a solid and industry leading capital position."

The operating result of the asset and wealth management segment decreased to 260 million euros ($273 million), down 14.5 per cent, solely due to the reduction in performance fees in the Banca Generali group compared to the significant result in the first three months of 2021.

The operating result of the holding and other businesses segment improved, mainly thanks to the results from real estate.

Generali is one of the largest global insurance and asset management providers. Established in 1831, it is present in 50 countries in the world, with a total premium income of 75.8 billion euros ($79.5 billion) in 2021. — VNS

Generali announces positive growth in Q1 have 522 words, post on bizhub.vn at June 24, 2022. This is cached page on Talk Vietnam. If you want remove this page, please contact us.