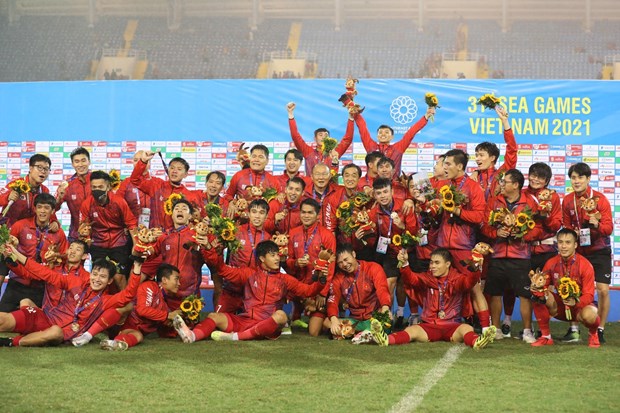 With a 1-0 victory over Thailand on May 22, Vietnam claimed back-to-back gold medals in the Southeast Asian Games men’s football tournament. (Photo: VNA)

Hanoi (VNA) – ESPN ran a front-page story headlined "Vietnam retain Southeast Asian Games gold medal against Thailand to prove they are still force to be reckoned with," saying "even at the simplest level, it was a victory with plenty of significance."

With a 1-0 victory over Thailand on May 22 – courtesy of the sumptuous 83rd-minute header from Nham Manh Dung – Vietnam claimed back-to-back gold medals in the Southeast Asian Games men’s football tournament, it reported.

It was only their second championship since breaking their gold-medal duck in 2019, ESPN said, adding that "the triumph was typical of the football that has become synonymous with Vietnam under Park Hang-seo – with organisation and efficiency the hallmarks of the game plan."

"Perhaps the most impressive aspect of their gold medal-winning efforts is that it was down with a new generation of prospects and not the golden generation that has fuelled much of Vietnam’s recent success."

French's news agency AFP highlighted the exciting atmosphere in Vietnam after the win, reporting thousands of people waving flags poured into the streets of Hanoi and other cities after the SEA Games hosts beat fierce rivals Thailand 1-0 in the men’s football final. 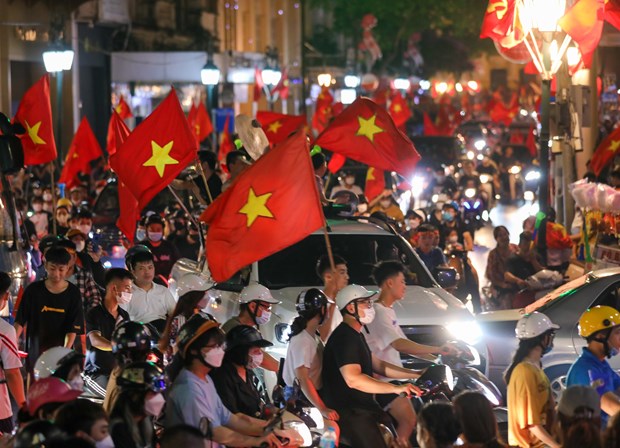 Thousands of people waving flags pour into the streets of Hanoi to celebrate the victory. (Photo: VNA)

"Defending their football crown from the 2019 Games, the home team came out on top of a tough match in front of a capacity 40,000 crowd at Hanoi’s rocking My Dinh stadium," it said.

"Downpours had drenched Hanoi all day, but that did not dampen the enthusiasm of red-clad spectators who began arriving for the clash several hours before it began in an effort to grab a prime seat," according to AFP.

The Vietnamese cities, including Hanoi and Ho Chi Minh, erupted as the home team held on for a narrow, nervy win, it stated./. 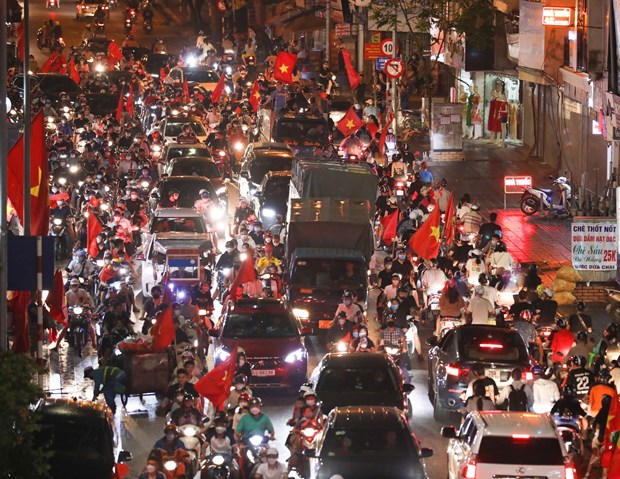 Vietnam’s SEA Games football victory finds prominent coverage in foreign media have 517 words, post on en.vietnamplus.vn at May 23, 2022. This is cached page on Talk Vietnam. If you want remove this page, please contact us.