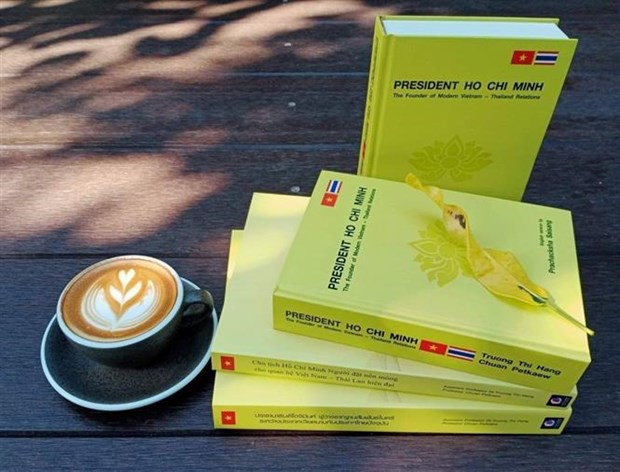 Hanoi (VNA) – Dr. Truong Thi Hang, a lecturer at Lampang Rajabhat University in Thailand, devotes her time to helping readers from all over the world understand better about President Ho Chi Minh's life, career and strong sentiments toward Thailand and its people.

Hang is co-author of the book, entitled "President Ho Chi Minh, the Founder of Modern Vietnam – Thailand Relations," which provides an insight into the late President's journey to inspire patriotism among the Vietnamese community in Thailand.

The book, which was published in May 2019, has been presented to libraries of 100 universities in Thailand to help lecturers and students have more documents in their study about President Ho Chi Minh.

The life and career of President Ho Chi Minh were a great journey, not only because of his great contributions to the history of Vietnam but also because his mutual love and affection, and spirit of international solidarity are always a shining example for future generations to follow, she said in an interview with Vietnam News Agency (VNA)’s reporters on the occasion of his 132nd birthday (May 19, 1890 – 2022). 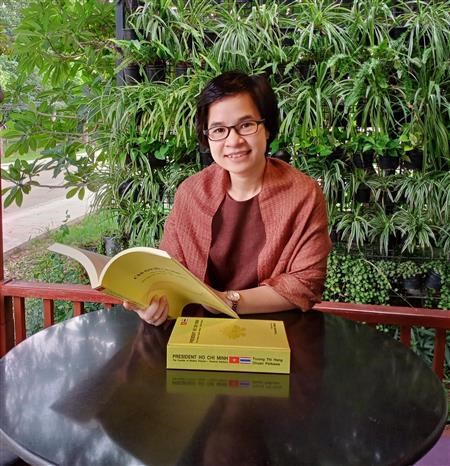 Hang said that the biggest difficulty in learning about President Ho Chi Minh’s activities in Thailand is that there are very few documents written in Vietnamese, Thai and English on this issue. Therefore, she had to seek the support of Thai experts to be able to give readers the most general and accurate view of his stay in Thailand.

Talking about her future plan, Hang expressed her hope that she can collaborate with Thai scholars to translate and publish some outstanding poetry collections of President Ho Chi Minh such as "Diary in Prison".

For every Vietnamese, the greatest honour is to meet Uncle Ho even once in his life, but for 80-year-old Le Duc Duong, an oversea Vietnamese residing in Germany, that happiness is doubled. Duong had a chance to meet Uncle Ho twice at home and abroad.

The first time he met Uncle Ho was one morning in August 1955, when he was preparing for his study abroad in the German Democratic Republic. They – girls and boys – who were on the list of students to be sent abroad for study – were told by the teacher to “wear the best and most neat clothes”. Only when the students arrived at the Presidential Place, were they informed that Uncle Ho would meet them before they left for Germany. Upon hearing the news, the students shouted with joy. 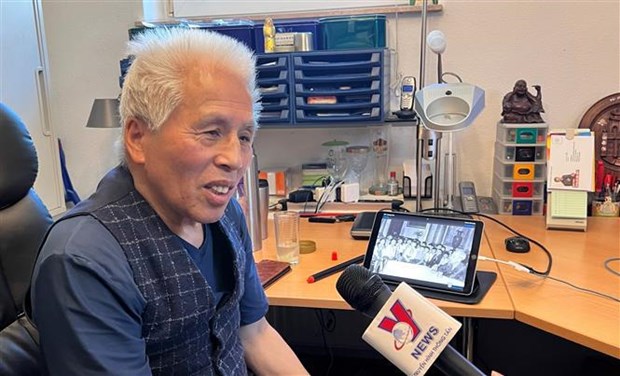 Duong still remembered what Uncle Ho said at that time. He told them to study well to serve the country in the future. Uncle Ho also gave them gifts which were simply some cakes or candies, but no one dared to eat and just wanted to keep them for themselves.

In addition to the same gift as his friends, Duong also received the Uncle Ho badge thanks to his excellent academic achievements and efforts.

“That badge has followed me for many years, but unfortunately it was lost because I had to travel to many places during the wartime,” he told the Vietnam News Agency’s correspondents in Berlin.

Two years later, Duong got a chance to meet Uncle Ho again when he visited Kathe Kollwitz school where Duong and about 350 students aged 9-15 were sent to study in 1955. This time, Uncle Ho told them: "German people have a good virtue that is discipline and punctuality. You should learn from them."

Sixty-seven years have passed since the first meeting but Duong and his classmates at that time still remember Uncle Ho’s advice.

"My friends and I can be proud to say that we have followed Uncle Ho's teachings which is to study well and work well," he said./.

Vietnamese lecturer seeks to help readers understand better about Uncle Ho have 994 words, post on en.vietnamplus.vn at May 17, 2022. This is cached page on Talk Vietnam. If you want remove this page, please contact us.