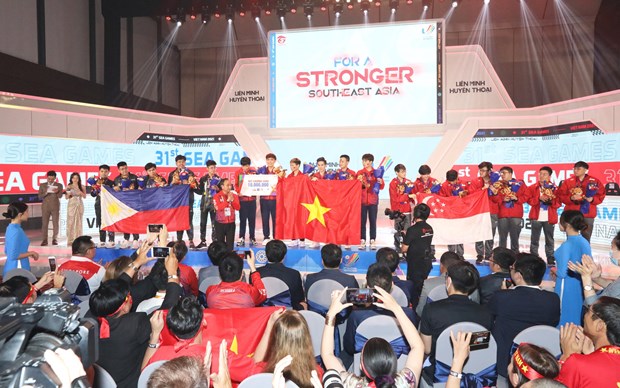 The Vietnamese gamers compete with Singapore in the semifinals of League of Legends. Illustrative photo. (Source: VNA)

Hanoi (VNA) – Vietnam won over the Philippines in the esports ' League of Legends on May 22 to secure a gold medal at the 31st Southeast Asian Games ( SEA Games 31 ).

With overwhelming attacks, Vietnam quickly controlled the first round of the game and claimed a victory with 26 points.

Though the Philippine gamers caused some difficulties for their Vietnamese rivals in the second round, they could not keep it longer than the 27th minute when the host took a win with 21 points.

Vietnam gave no chance to the Philippine opponents in the last round, settling a 3-0 victory to secure another gold in esports./.

Vietnam claims another gold in esports have 294 words, post on en.vietnamplus.vn at May 22, 2022. This is cached page on Talk Vietnam. If you want remove this page, please contact us.