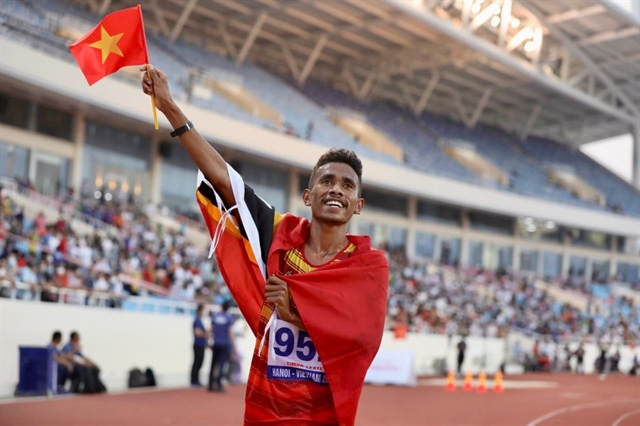 HÀ NỘI — Felisberto de Deus, with a Vietnamese flag in his hand, waved at the fans cheering on his second silver medal at this year's Games.

One day after the historic SEA Games silver in the men's 5,000m event, Deus continued to make Timor Leste proud with another medal in the men's 10,000m.

The two silvers that Deus won are also the only medals of the Timor Leste delegation so far.

Massive effort helped the East Timorese finish second, behind only Vietnamese veteran Nguyễn Văn Lai who completed his golden double with a time of 32:17.34.

It was the second gold for the 35-year-old runner and the second time Lai surpassed Deus, the first time being in the 5,000m.

The win helped the hosts win gold in this category for the first time in the SEA Games. 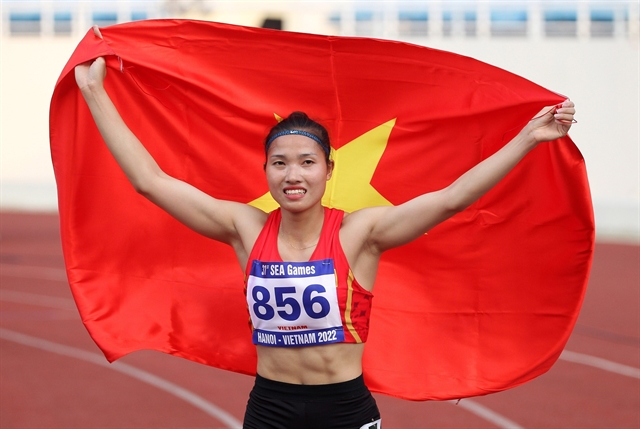 Earlier, Việt Nam's Quách Thị Lan was crowned queen of the women's 400m hurdles with a time of 56.53 secs. Behind was her compatriot Nguyễn Thị Huyền whose 56.41 record beat the Philippines' Robyn Crisostomo by a tiny margin of 0.03 seconds.

While the women enjoyed success in the 400m hurdles, the men did less well.

All categories are held in the Mỹ Đình National Stadium in Hà Nội. VNS