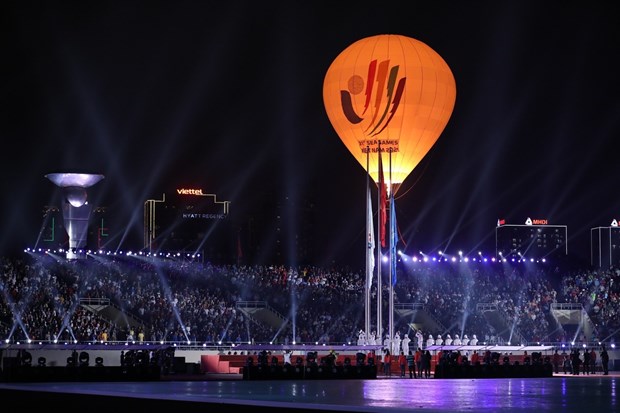 Hanoi (VNA) – The homepage of the International Olympic Committee (IOC) and the international media have run articles reflecting their impressions with the brilliant and magnificent opening ceremony of the 31st Southeast Asian Games (SEA Games 31) at My Dinh National Stadium in Hanoi in the evening of May 12.

Singapore’s CNA television channel commented that the opening ceremony of the SEA Games 31 had blown up the spirit of the Games, even though it was raining heavily in Hanoi just a few hours before the start of the event. opening ceremony in a blaze of colour, light and fireworks. 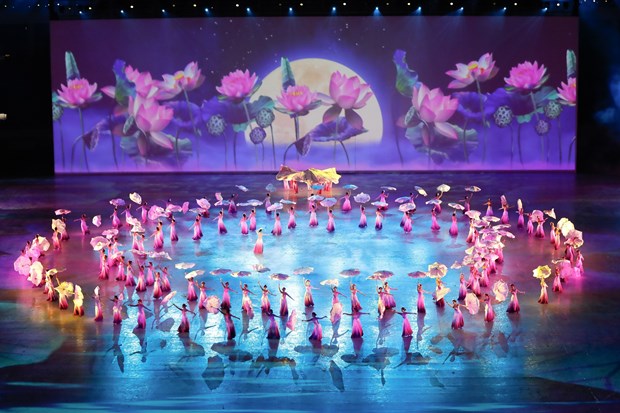 A dance performance at the opening ceremony of SEA Games 31. (Photo: VNA)

Thai newspapers also highlighted this event. According to the Khao Sod, the organisers used traditional values to connect Southeast Asia. The host country Vietnam has mobilised more than 1,000 performers who have made a strong impression with their own cultural identity and traditions, reflecting the strength of the people of ASEAN through modern technology, the newspaper said, adding it represents “For a stronger Southeast Asia” spirit.

SEA Games 31: Vietnam leaves strong impressions on international media have 409 words, post on en.vietnamplus.vn at May 13, 2022. This is cached page on Talk Vietnam. If you want remove this page, please contact us.