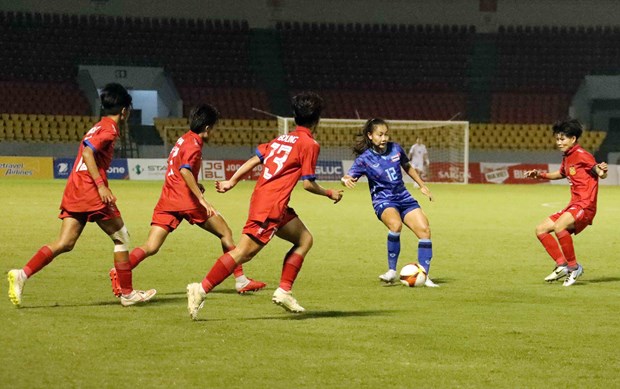 Quang Ninh (VNA) – Quang Ninh northeastern province on May 18 morning will offer 14,500 invitation cards for the women's football semi-finals of the ongoing SEA Games 31, a local official has said.

Director of the provincial Department of Culture and Sports Nguyen Manh Ha stated that the move was finalised following a discussion with the Asian Football Confederation.

The Thailand-Philippines fixture will kick off at 3.30pm and the Vietnam-Myanmar game at 7pm on the same day at the 16,000-seat Cam Pha Stadium of the province.

The Culture and Sports Department will be responsible for the distribution of the cards.

The plan for the final must be made on the basis of the results of the semi-finals, Ha added.

SEA Games 31, themed "For a Stronger South East Asia", is being held in Hanoi and 11 neighbouring provinces and cities until May 23.

It features 40 sports with 523 events, attracting around 10,000 participants. The biennial event was initially slated for late 2021 but delayed due to the COVID-19 pandemic./.

SEA Games 31: Quang Ninh to offer invitation cards for women’s football semi-finals have 436 words, post on en.vietnamplus.vn at May 17, 2022. This is cached page on Talk Vietnam. If you want remove this page, please contact us.