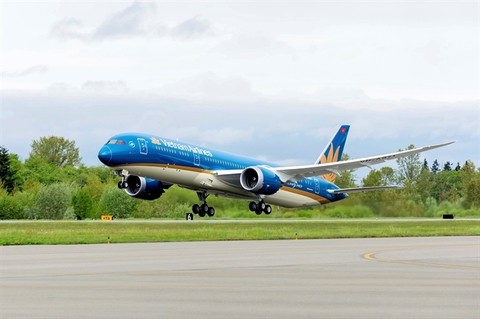 Passengers board a Vietnam Airlines jet. The airline’s loss has contributed to the contraction of SCIC’s consolidated profit in 2021. — Photo nld.com.vn

The State Capital Investment Corporation (SCIC) has recently published its financial report for 2021, announcing consolidated revenue of around VND10.1 trillion (US$438 million), 50 per cent higher than the figure for 2020.

Of the amount, VND4.3 trillion came from dividends and distributed profits, VND1.9 trillion from capital sales and VND1.4 trillion from banking deposit and bond interests. The returned provision for devaluation in investments also contributed VND3.4 trillion to the figure.

Despite high revenue, SCIC earned a consolidated after-tax profit of just VND3.6 trillion last year, a 10-year low, due to losses from its affiliated companies.

The airline continued to make a loss of over VND1.1 trillion in Q4, resulting in equity of VND507 billion. SCIC had to record an additional fall of VND300 billion to its consolidated profit in this regard.

By late 2021, SCIC had a total asset of nearly VND57.7 trillion, down 9 per cent year-on-year, and 145 affiliated companies in its portfolio with a total state capital of VND46.5 trillion.

SCIC is expected to transform into a governmental fund in the near future with its focus shifting from capital management to investment. — VNS

SCIC posts lower profits due to affiliated company losses have 419 words, post on bizhub.vn at May 23, 2022. This is cached page on Talk Vietnam. If you want remove this page, please contact us.