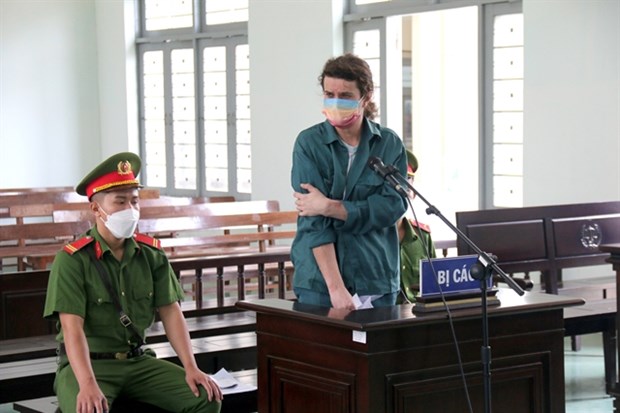 Binh Thuan (VNA) – The People’s Court of Binh Thuan province on May 23 handed a seven-month prison sentence to a Russian man for illegal possession of narcotics.

According to the verdict, 34-year-old Shedko Dmitrii arrived in Vietnam in November 2019 and rented an apartment in Ham Tien ward in Phan Thiet city.

In August 2020, he suffered a broken hand during a fight, and after the injury healed, he claimed he was still in pain and decided to use cannabis as a painkiller .

In August 2021, he bought seeds to plant in his own home as he said he didn’t have money to purchase the product. However, the excuse was deemed unacceptable, as before growing the cannabis, Dmitrii spent a significant sum of money on lights, humidifiers , dryers, electronic scales, and microscales for his growing system.

On December 24, 2021, Phan Thiet city’s criminal police said they caught Dmitrii in illegal possession of a large amount of dried cannabis (about 3kg in total) as well as 27 live cannabis plants (ranging between 30-140cm in height and weighing 6kg in total).

The police also seized instruments used in the cultivation and harvesting of cannabis.

The court said the defendant had given a sincere confession, repented and had no prior criminal record, making him eligible for a reduced sentence.

During legal procedures, he had access to interpreters, consular notification, and other rights in accordance with the law./.

Russian man jailed for seven months for cannabis possession have 439 words, post on en.vietnamplus.vn at May 23, 2022. This is cached page on Talk Vietnam. If you want remove this page, please contact us.