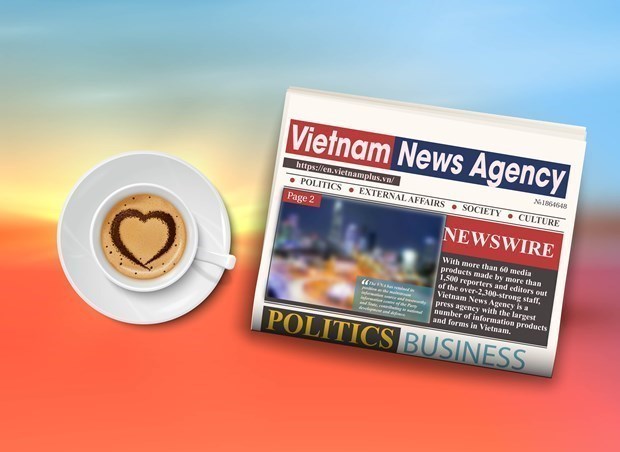 The Vietnamese Party leader congratulated Sakellaropoulou on becoming the first female president of Greece, and thanked the Greek people for their valuable support for Vietnam's struggle for independence in the past as well as the current national construction, especially in COVID-19 prevention and control. Read full story

– President Nguyen Xuan Phuc and his Greek counterpart Katerina Sakellaropoulou shared delight at the growth of Vietnam-Greece ties and agreed on measures to promote the relations during their talks in Hanoi on May 16.

President Sakellaropoulou lauded the important achievements that Vietnam has made during its struggle for independence and present process of socio-economic development. She affirmed that Greece highly valued the increasingly important role of Vietnam in the region and the world, and hoped to foster cooperation with Vietnam in all fields. Read full story 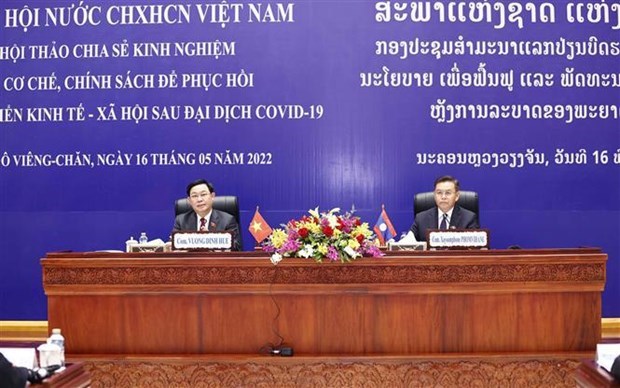 – National Assembly Chairman Vuong Dinh Hue and his Lao counterpart Saysomphone Phomvihane co-chaired a conference to share experience in designing mechanisms and policies supporting post-pandemic socio-economic recovery and development in Vientiane on May 16.

The Lao NA leader said that the event is a good chance for both sides to learn from each other to promote post-pandemic socio-economic recovery and development. Read full story

– The Economic Times, an Indian English-language daily, has posted a commentary on the Vietnamese Prime Minister's working visit to the US and the UN, saying that the trip aims to reaffirm Vietnam's role in stabilising Southeast Asia.

It wrote that PM Pham Minh Chinh has undertaken a successful and landmark visit to the US eyeing to push partnership, including ASEAN – US ties that will play a big role in peace and stability in Southeast Asia. Read full story

– Deputy Prime Minister Vu Duc Dam on May 16 hosted a reception for Deputy PM and President of the National Olympic Committee of Thailand Prawit Wongsuwon.

The Thai official is paying a visit to Vietnam and attending activities of the ongoing SEA Games 31. Read full story

– Two Vietnamese university professors were honoured with the Kovalevskaya Award 2021 for their outstanding achievements in applied sciences at a May 16 ceremony with Vice President Vo Thi Anh Xuan in attendance.

The awardees were Prof., Dr. Nguyen Thi Thanh Mai, Vice Rector of the University of Science at the Vietnam National University, Ho Chi Minh City (VNU-HCM); and Prof., Dr. and Meritorious Teacher Nguyen Minh Thuy, a senior lecturer in food technology at the Faculty of Agriculture, the Can Tho University. Read full story

– Ho Chi Minh City will spare no efforts to translate its cooperation plans with the state of Victoria in Australia, Chairman of the municipal People's Committee Phan Van Mai said on May 16.

He made the pledge while joining virtual talks with Premier of Victoria Daniel Andrews and the signing ceremony of an agreement on friendship and cooperation between the city and Victoria. Read full story 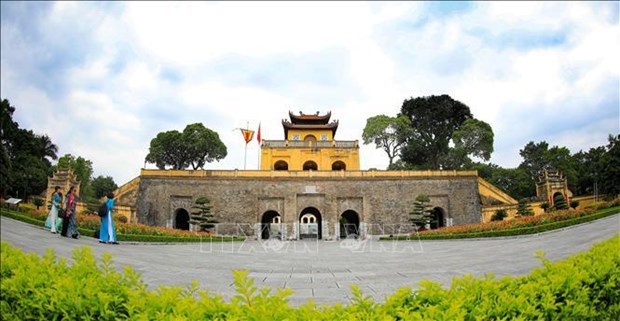 – Travel companies in Hanoi have organised 28 tours for coaches, athletes and guests to the 31st Southeast Asian Games, according to the municipal Department of Tourism.

The tours have been arranged to fit in with the guests' schedules, and focus on the cultural, historical and architectural values of Hanoi, along with scenic spots and ancient villages on the city's outskirts. Read full story

At SEA Games 31, the Vietnamese swimming team set a target of wining of from 6 to 8 gold medals./. Read full story

☀️ Morning digest on May 17 have 797 words, post on en.vietnamplus.vn at May 17, 2022. This is cached page on Talk Vietnam. If you want remove this page, please contact us.