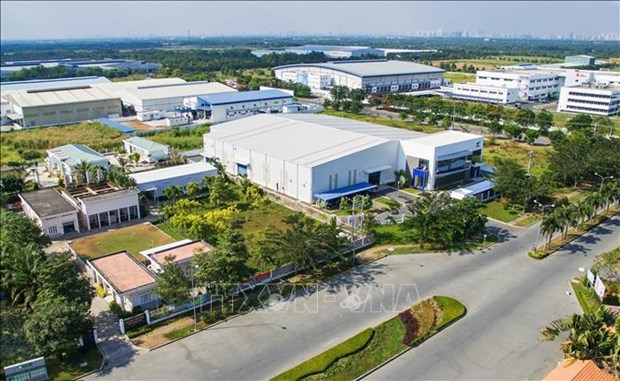 Hanoi (VNA) – The recovery of the industrial real estate sector will be fueled by new investment waves , according to the Vietnam Association of Realtors (VARS).

VARS said Prime Minister Pham Minh Chinh had meetings with numerous major US corporations during his visit to the US last week which provided positive feedback.

Meeting with the Vietnamese PM, Apple CEO Tim Cook said his company is planning to expand the supply chain and hopes more eligible firms from Vietnam will integrate into its global value chain, VARS noted.

The global economy has been severely hurt by the Russia-Ukraine crisis, worsened by China's "Zero COVID" policy, triggering supply chain disruptions and surging costs and transportation time. As a result, demand for storages, warehouses and factories is rising in large consumer markets like Vietnam.

Last year, the total FDI flows into Vietnam exceeded 31 billion USD, up 9.2 percent compared to 2020. Of the figure, 2.6 billion USD worth of FDI was poured into industrial properties, VARS reported.

By the end of this year, two new industrial parks, namely Vietnam – Singapore Industrial Park (VSIP III) and AMATA Long Thanh, will be put into operation. Work on VSIP III, where the one-billion-USD Lego project will set up base, started at the end of March.

Many more ready-built factories, including those provided by SLP, BWID and Vietnam Industrial Park, are expected to be available in southern Vietnam this year, supplying about 800,000 sqm of warehouses and factories. Southern industrial parks have sustained a relatively high occupancy rate (about 90 percent) and a stable level of rental thanks to growing demand.

In the north, the occupancy rate at IPs stood at 85 percent in the first quarter of this year, up 5 percentage point against the same period last year. The figure even reached 98 percent for ready-built factories.

Savills Hanoi Director Matthew Powell said there is a stiff competition among companies seeking a suitable location. A majority of industrial properties are located in major cities like Hanoi and Ho Chi Minh City where there is an easy access to airports and ports.

Industrial real estate recovery to be fueled by new investment wave have 582 words, post on en.vietnamplus.vn at May 24, 2022. This is cached page on Talk Vietnam. If you want remove this page, please contact us.