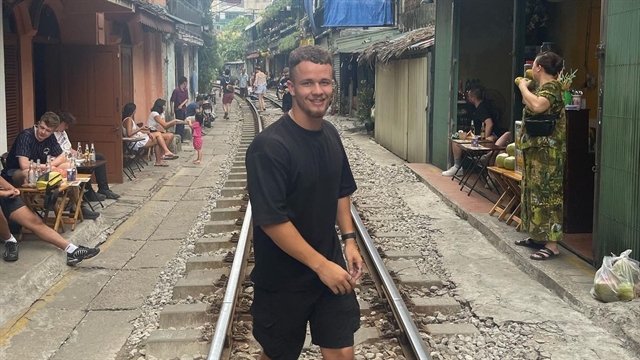 HÀ NỘI — The family of a young man killed in a motorbike smash earlier this week in central Việt Nam say they have been overwhelmed by the generosity from both friends and strangers.

In just a few hours, more than VNĐ374 million ($16,000) was donated to a JustGiving page set up to pay for the body of Denver Barfield to be repatriated to his home in the UK.

The 24-year-old from Leicester in the East Midlands, died after losing control of the motorcycle he was riding from Hội An City to Điện Bàn township in the early hours of Monday morning.

Another UK national, Beth Thompson, believed to have been from the Essex area of the UK, also lost her life in the accident. 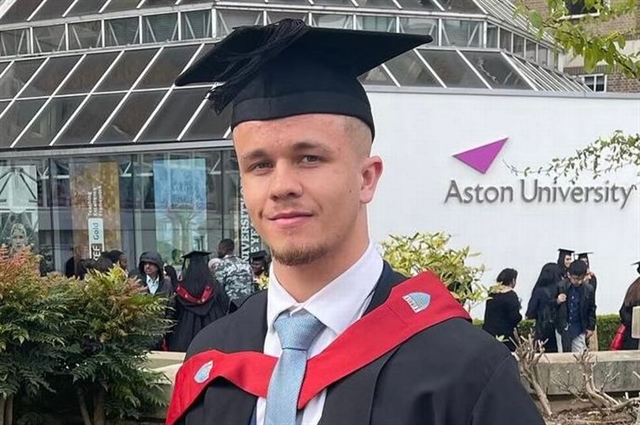 The 24-year-old after graduating from Aston University in the UK.

His mum, Desby Clayton, told LeicestershireLive: “He was meant to be off to Cambodia and then Bali before finishing off in Perth. He was starting his new graduate job in London in the second week of July.

“My baby had his whole life ahead of him. On Saturday, he rang me and said he booked a sleep train which cost him £40.”

“He said he went for the luxury one because the standard one was sold out, and how he was happy to get some good sleep. It was the last time I spoke to him.”

She described her son as passionate, with an “enthusiasm for life”. She said Denver was, “one of a kind – a special kind – he was quirky, loving and unique”.

She added: “I just want my baby home. I just want him back where he belongs with me.

“I’ve been terrible since I’ve found out. It should’ve been me and not him. They should’ve taken me.”

“Everybody loved him. I’ve had hundreds and hundreds of messages since I shared the news. He never said a bad word about anyone.

“He saw good in bad people. When he walked into the room he lit it up. I can’t believe he’s gone.”

The current amount raised through donations stands at almost $25,000.

Initial reports from police in Hội An named the two victims as Denver Christopher Marcus and Thompson Peth May. — VNS

Grieving family overwhelmed by generosity after motorbike crash have 538 words, post on vietnamnews.vn at May 18, 2022. This is cached page on Talk Vietnam. If you want remove this page, please contact us.