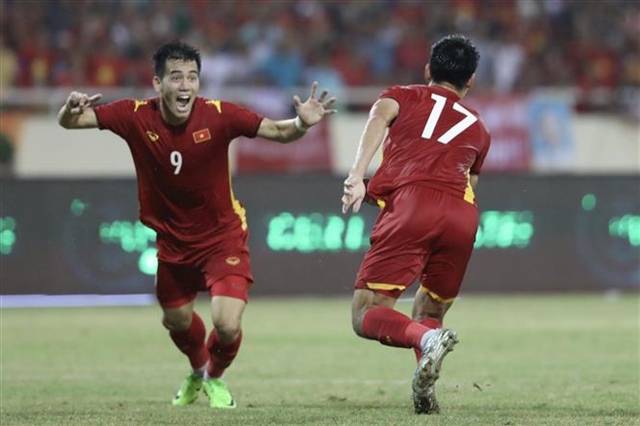 The party began at Mỹ Đình Stadium in Hà Nội and surely went long into the night as the whole country celebrated their latest group of young heroes.

The latest piece of silverware is yet another vindication of coach Park Hang-seo's pragmatic methods, as while Việt Nam failed to entertain with their quality of play, he U23s still came away with the gold medal.

Coach Park made three changes to the starting 11 that defeated Malaysia in the semi-final on Thursday, with Nguyễn Văn Tùng, Huỳnh Công Đến and Phan Tuấn Tài coming into the team.

The passion of the rabid home crowd ensured the match was played in an atmosphere befitting of a final, but the quality of play in the first half was sorely lacking.

Coach Mano Polking's Thailand passed the ball much better than their Vietnamese opponents but were unable to conjure any dangerous chances in the opening period.

While Việt Nam struggled to get the ball down and play, they did have the best chances to open the scoring.

Just two minutes in, Nguyễn Tiến Linh pounced on a poor pass by Thailand's Jaturapat Sattham and squared the ball for Tùng in the box. However the young forward put his shot wide of the post. 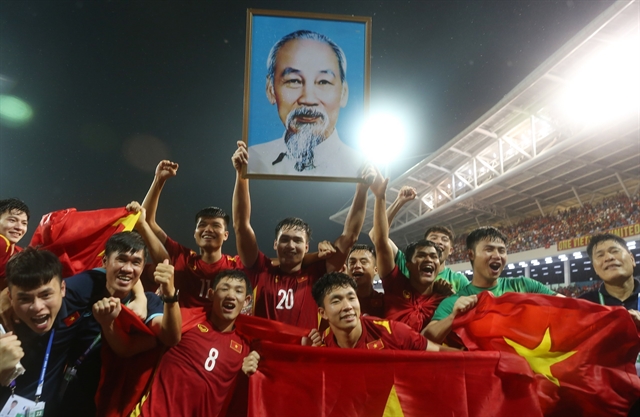 In the 19th minute, it was Linh's turn to spurn a glorious opportunity as he headed Tai's cross straight into the arms of Thai goalkeeper and captain Kawin Thamsatchanan.

Into the second half, Thailand came out of the dressing rooms the much better side, with Worachit Kanitsribampen spurning a decent chance in the 49th minute and then firing just wide again less than a minute later.

The tension of the occasion clearly impacted both sides as they slogged away for much of the half without being able to conjure any dangerous opportunities.

The golden moment came in the 83rd minute via the head of substitute Nhâm Mạnh Dũng.

The Viettel midfielder met a cross from Tài and did superbly well to loop his header over the dive of Kawin and into the net.

The stadium duly erupted in celebration and the crowd seemed to lift the young home side as they saw out the final minutes without much incident.

With the men's victory added to the women's success the day before, Việt Nam's home SEA Games has been as good as gold. VNS

Golden Việt Nam defeat Thailand for SEA Games crown have 692 words, post on vietnamnews.vn at May 22, 2022. This is cached page on Talk Vietnam. If you want remove this page, please contact us.