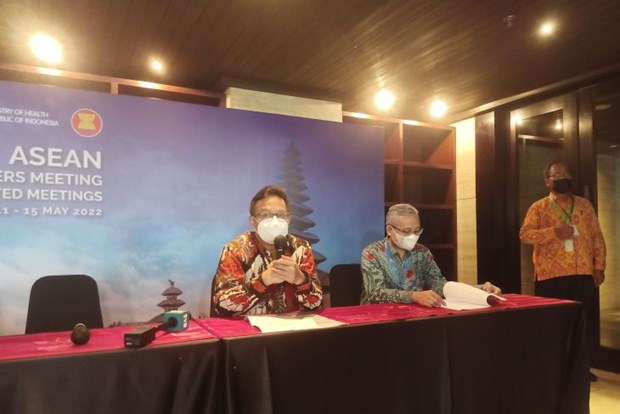 Indonesian Health Minister Budi Gunadi Sadikin said at a press conference following the 15th ASEAN Health Minister' Meeting (AHMM) on May 14 that ASEAN will issue a joint statement on its countries’ adoption of health protocol standards.

"This is similar to what we will achieve at the G20,” he explained, as cited by Indonesia’s Antara news agency.

Digital technology convergence for developing a vaccine passport was one of the agendas of the AHMM which discussed the mutual recognition arrangement on COVID-19 health certificates, he said.

The proposed vaccine passport will adopt an overseas travel passport mechanism utilised by each country’s immigration authority for ascertaining a traveler’s identity.

Travel businesses currently need vaccine certificates from travelers to confirm they are healthy to carry out travel-related activities.

For this reason, the health sector in the ASEAN region has proposed a digital-based vaccine passport as a single standard that can be recognised, acknowledged, and trusted by every country.

Digital technology convergence for vaccine passport development has so far been accepted by the European Union and is planned to be applied globally in every country.

Sadikin also said ASEAN health ministers have approved the establishment of an ASEAN Centre for Public Health Emergencies and Emerging Diseases (ACPHEED) as a collaborative effort to deal with extraordinary events and future pandemics.

There will be three pillars of ACPHEED, surveillance or detection, response, and risk management, which are supported by three ASEAN representative countries, namely Vietnam, Thailand, and Indonesia.

There will be a collaboration of the three countries, each of whom will build offices in their countries for the three existing pillars, he said, noting that the working principles of ACPHEED will be generally similar to those of the United States Centres for Disease Control and Prevention (CDC).

According to him, every ASEAN country has the right to fill the three offices in the spirit of togetherness.

Minister Sadikin, who is also chair of the ASEAN Health Ministers Meeting, called ACPHEED a solution to address the problems of differing health protocols in each ASEAN country./.

ASEAN aims to develop global vaccine passport have 590 words, post on en.vietnamplus.vn at May 16, 2022. This is cached page on Talk Vietnam. If you want remove this page, please contact us.